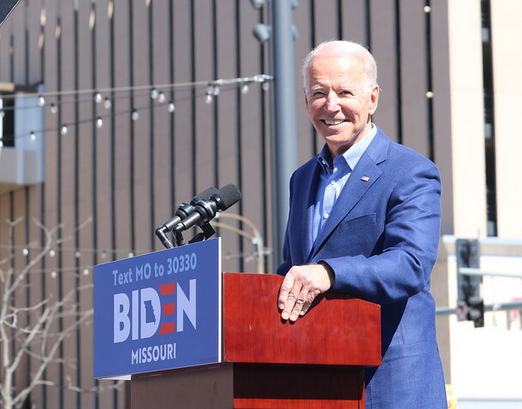 The Biden administration announced their three-part plan to cancel $10,000 of student debt for low- to middle-income borrowers on Aug. 24. Photo courtesy of Flickr.

Making waves across the nation for the most benign concession to the working class, President Joe Biden has started an initiative towards student loan forgiveness.

As opposed to the U.S. government’s actions in the 2008 housing crisis, where ProPublica’s bailout tracker establishes that $245 billion were given to financial institutions to replenish their lost capital, the Biden administration has passed  targeted legislation towards relieving debt of the working and middle class.

Biden’s initiative to lower the burden of education on the middle and working class has another two aspects: there will be reforms to the current student loan system to help current and future borrowers, and to the current Public Service Loan Forgiveness program. This will include a move to lower the costs of future payments by capping the monthly payments at 5% of discretionary income.

The White House Fact Sheet from the administration’s briefing room also states there will be an increase in the maximum amount for Pell Grants with the goal being to double them, the other major goal being to make community college free. This will then all be supplemented with the Department of Education working to ensure that colleges keep prices affordable and “ensure student borrowers get value for their college costs,”  according to the fact sheet.

It is no secret that American wages have stagnated, and the Economic Policy Institute’s analysis of American wages shows a “shift of income from labor overall and toward capital owners.” In the face of economic inequality which has halted the ability for many to attain social mobility, this is the Biden administration’s attempt to reconcile class antagonisms that have been increasing ever since the Reagan administration.

Wage stagnation began with Reagan’s 1980 term and trickle-down economic policies, and while long dead, his policies still have a chilling effect on wealth inequality. Biden’s offer, while a kind gesture, is still a far cry from the calls for free healthcare being made by the working class for almost 100 years now—with movements like the AIDS Coalition to Unleash Power (ACT UP) established in the 90s and the Committee for National Health Insurance from 1961 to 1988.

To gauge the response to this initiative, Pell Grant recipient and first-year transfer student Elizabeth Kufrovich was interviewed by the Catalyst. Coming from a family full of college educated women, Kufrovich, her mother and her sister stand to gain around $30,000 in forgiveness for the family. Kufrovich calls the plan “a good first step”

“They are starting to listen to working people and poorer Americans,” Kufrovich said. “For the past couple of years, they focused on a lot of broad coalition building and very much on middle class urban Americans. There hasn’t been a lot of actual listening to what policies to engage with in respect to attaining the ‘American Dream.’”

“Human civilization is about progress and making life better, the whole point of public policy is to increase the wellbeing of people over time,” Kufrovich continued, speaking on the possibilities for social mobilization through legislation like this. “People are less in debt, they have more money to spend in the economy. We’re a consumer spending economy, our gross domestic product (GDP) is mostly from spending inside the economy. We get more economic benefits in the long run from making a more manageable student loan system.”

In the aftermath of Biden’s efforts to make education affordable, Americans should have new standards for how tax revenue is utilized. The money to fund education is there, and the working class should not settle for any less with future administrations.