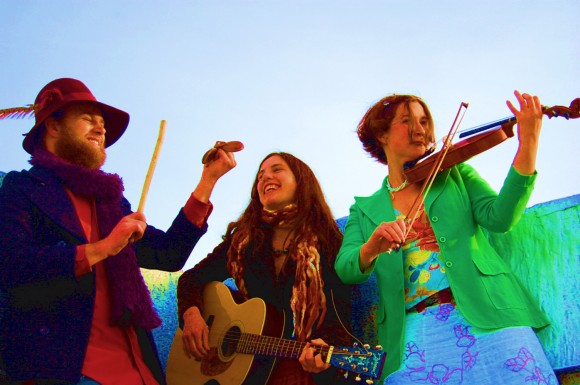 All photos courtesy of stitchcraftmusic.com

From left, Ezra Lipp, Heather Normandale and Anna Perlmutter at one point performed StitchCraft. While at NCF, Normandale studied anthropology to help her write music about her life

Created in 2006, the band StitchCraft may be New College in a nutshell: community oriented, creative, intellectually inspired and environmentally conscious. Currently based in San Francisco,  StitchCraft (along with four other bands) will play homecoming shows in New York from Nov. 18 through Nov. 20 as an official end to this year’s Pleasant Revolution Bicycle Music Festival (BMF).

In 2007, a band called the Ginger Ninjas started the BMF. All musical equipment, including a human-powered public address (PA) system, are loaded onto bikes and hauled from one venue to the next. At the venues, which are often parks, audience members pedal bikes connected to generators to power the PA system while the bands play. Bands also perform “live on bike,” playing while sitting on the back of a bike pedaled by another as the surrounding mass of bicyclists enjoy the music and pedal to generate power to amplifiers.

This year, the Pleasant Revolution went on its first European tour and StitchCraft was one of five bands that took part. Normandale got involved with the San Francisco chapter of the BMF in 2008 and played a large role in organizing the 2010 tour.

“I worked in a booking agency for world music artists and so I have some experience with event planning, show booking and tour organizing,” Normandale explained. “So I worked on that with Ginger Ninjas and some other organizers to create this five month tour. We found local contacts who would be our liaisons on ground, get permits, help us find housing, get food donations, organize bands and organize locations for different shows.”

The bands took off in a train from Sacramento to New York City and from there took a boat to England where they played in Southampton, Brighton and London. Then they ferried to the Netherlands, did a show in Amsterdam and began the bike tour in northern Germany. They played in Munich, Berlin, Prague, Vienna, Ljubljana, Budapest, Marseille and Barcelona. Normandale broke her arm in Girona, Spain and had to leave the tour early, but the other bands continued to Santander. On Nov. 5, the rest of the tour boated back to England where they will play three more shows before returning to the U.S.

“Our goals were to inspire and share knowledge with local bicycle and environmental advocates, make biking (with cargo) seem cool and like a real alternative to cars.” Normandale stated. “And to share the love through our music.

“As a rule we never paid for our housing,” Normandale continued. “Our group was either hosted in the community houses or squatted buildings that were taken over by local artists. Or we camped, most of the time we camped.” 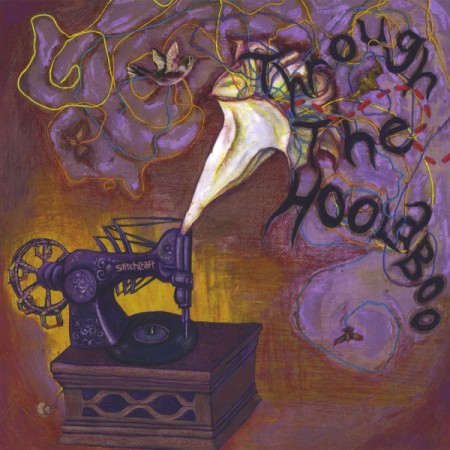 Through the Hoolaboo, released in 2009 and seen above, shows “a meaning-making machine, pulling from a lot of different parts of life and stitching together the meanings,” according to Normandale.

The concept behind the Pleasant Revolution is in line with Normandale’s interests. “Right now I’m very much inspired by things about the environment that I can create analogies to on a personal level,” Normandale said. “One of my goals in songwriting is … trying to express a certain outlook of freedom and openness and consciousness, awareness.”

StitchCraft’s origins come from Stone Soup, a band composed of five New College students that formed in 2003 and released one album. “Everyone was kinda moving in different directions except for Anna [Perlmutter] and I,” Normandale said. “It turned into StitchCraft, it was just Anna and I singing and playing … more of a folky roots style.”

“The name comes from the idea of a quilt which is built by the people,” Normandale explained. “You know you’re never really working with an original idea. Everything that I create musically I’ve heard and regurgitated … everyone is bringing their own piece to create something very unique. Music reflects the patchwork of our shared existence. There is also the element of magic that the name is meant to suggest — the themes and feeling of the songs are made to convey the deep longings, inspirations and life changing realizations that I think connect me to the rest of the world.”

Some of those stories are about New College. “There were a lot of songs written about someone that passed away in the New College community,” Normandale said, referring to Kristopher “Kit” Reilly (’00) who died in Puerto Rico in 2003. The songs “In Memory,” “Into it All” and “This  House” are among those dedicated to Reilly.

Normandale and Perlmutter were accompanied by various other members and produced two albums as StitchCraft. In 2009, Perlmutter moved to Boston but Normandale has continued with the band, which for the European tour included Joey Chang on cello and Louis Gasper on the flute and trumpet. Normandale said she is planning to do a solo album.

StitchCraft is not signed to a record label. “I like that I’ve had the opportunity to bridge my musical interest with interests of environmental activism and bicycle advocacy,” Normandale stated. “If I find support or representation, I would like them to have that alternative skew as well, for them to be working towards something a little bit broader and more aware then just music, success, and money.”