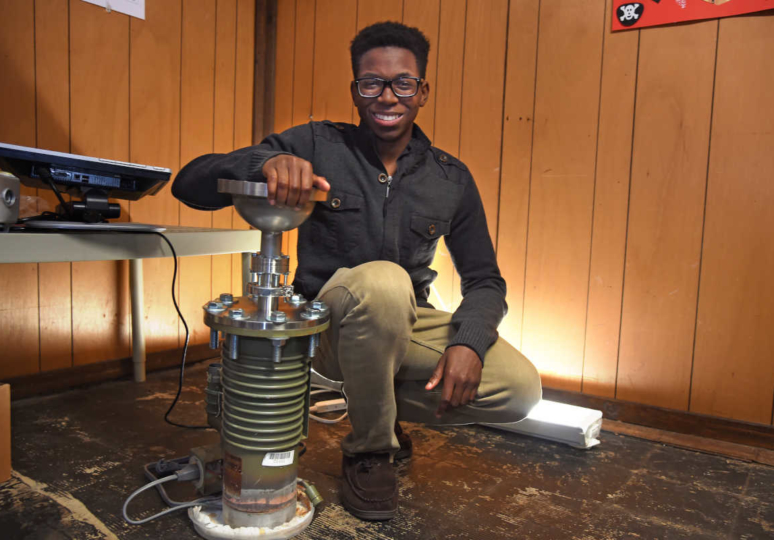 In light of  recent cuts to the Environmental Protection Agency (EPA) and climate change fighting organizations, Steven Udotong plans to make his contribution to alternative energy by building a nuclear fusor machine. Utodong is a 16-year-old black student from South New Jersey who plans to build a machine that will use electricity to heat charged atoms to a point where nuclear fusion can occur.

“I’m motivated knowing [that] I’m proof that there are many ways for minorities to pursue success.” Udotong told Jopwell’s digital magazine The Well.

“Sports and music are not the only avenues for us. There’s room for us. Rather, there’s a need for us to participate in academia, business, art, law, medicine and, yes, nuclear energy. I hope this project will become an example of academic excellence as a vehicle of accomplishment for black students.”

To kickstart the building of this device, Udotong and his brother – a student at Princeton University – started a GoFundMe campaign which has now made $2230, going over it’s $1500 goal.

“My goal is to start a conversation at the state – and even the federal – level about more serious action towards adopting alternative energy sources,” Udotong told the Atlanta Black Star.

“I figure that if a high school student can do this, there’s no excuse for any of us.”

You can donate to his campaign at gofundme.com/steven-energy-proj