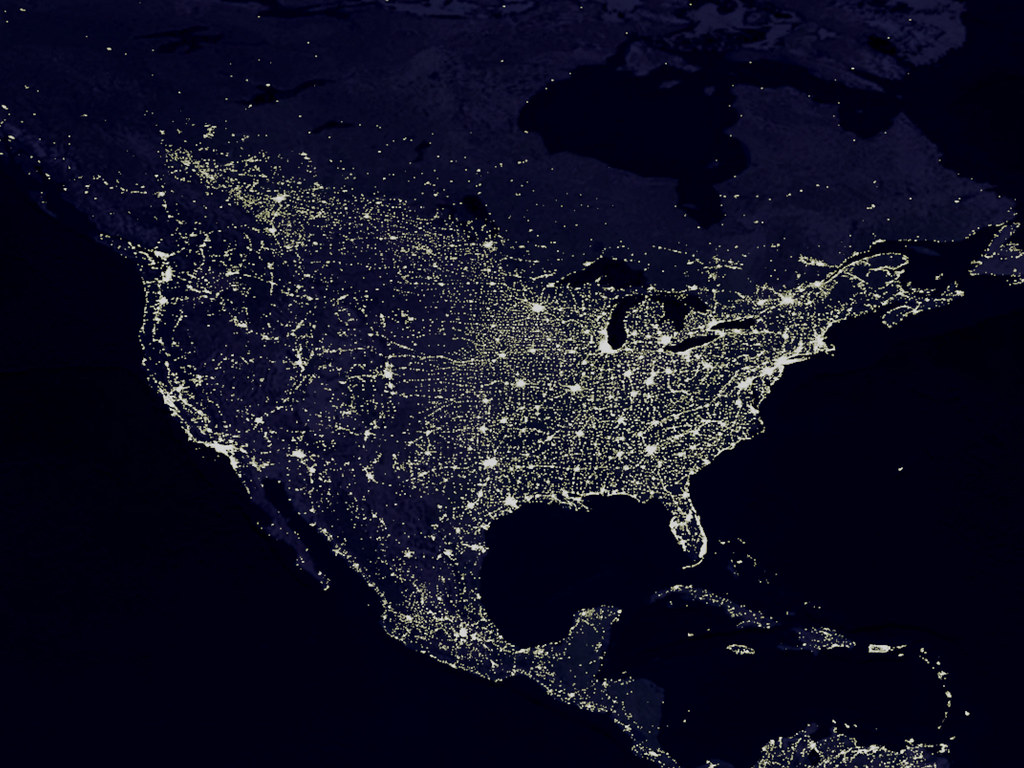 Satellite picture of the United States.

Last week, the results of multiple statewide elections were announced. While Republican Tate Reeves won the governorship in Mississippi, Democrats saw significant wins in Kentucky and Virginia. With all precincts reporting in Kentucky, Democrat Andy Beshear beat Republican Gov. Matt Bevin by 5,198 votes—0.36 percent of all votes cast. In Virginia, Democrats gained control of the State House, State Senate and governorship for the first time since 1994.

Reeves told Fox News he and Hood engaged in a tight battle to succeed Republican Gov. Phil Bryant, who had reached his term limit.

“Four years ago, the Democrats nominated a truck driver who didn’t even go to the polls to vote for himself,” Reeves said. “This year they nominated a four-term attorney general that was very popular.”

Reeves also thanked President Trump, who advocated for him at a Nov. 1 campaign rally in Tupelo.

“Whether it’s usual for the president to rally for state candidates, I don’t think so,” third-year and President of Democracy Matters Rory Renzy said. “I mean, I’ve seen instances in the past where Obama would go and advocate for more representatives and Senators in the national legislature, but I think breaking that federalist divide between the national legislatures and the states is not something that is usual. Trump is playing to the fact that a lot of these people are buying into his cult of personality.”

Beshear drove up turnout in the state’s urban and suburban centers and received stronger-than-expected numbers in some rural areas.

While Kentucky is a GOP stronghold at the federal level, voting for Trump by 30 percentage points in 2016, Beshear’s lead suggests voters are willing to make a distinction between state and federal races.

“The state itself is not blue by any standard, I don’t think it’s shifting blue by any standard, but I think the more significant thing to look out for is the county and district breakdown when you see suburban areas and areas that Trump won by 65-70 percent shift down to 20-15 percent margins for Republicans,” Renzy said.

“Maybe on the more local level that will be more significant for Democrats to shift, not necessarily for all statewide positions, but if there are some congressional districts that can encompass those areas where there are flips, then I think that’s probably significant for Kentucky and suburban areas nationwide.”

As governor, Bevin made plenty of enemies. According to WKYT, Bevin’s approval rate was the lowest for any governor in the country at 34 percent. He notably offended Kentucky teachers over pension reform, which resulted in major voter backlash. In the race, he focused on national issues, advocating himself as stridently anti-abortion and tough on illegal immigrants.

“I think the main thing with Kentucky is that the incumbent candidate was just so unpopular and he kind of just ruined his chances over the past couple of months and years,” Renzy said. “I don’t think trying to destroy Medicaid and tear down teachers publicly is probably a smart position for a statewide candidate to take.”

Beshear pledged to immediately rescind the state’s Medicaid work requirement, which requires people to have work or job training to gain coverage. Kentucky was the first state to win approval for the work requirement under Bevin.

The legislative wins in Virginia give Democrats control of the state government, as the now hold the governorship and a majority in the State House and State Senate.

While this is the first time Democrats have gained control of the state government since 1994, Renzy says it may be preemptive to suggest the commonwealth is moving away from its swing-state status and more firmly into the blue column.

“To say Virginia has transitioned to be blue now, I don’t know if that’s necessarily the case” Renzy said. “I mean, you have the liberal expert type elites who live outside of D.C. who kind of make up the majority of the population, but I think if you can get that spread across the state, it’s probably shifting in a blue direction rather than just the governorship being won [like in Kentucky].”

The democratic wins in Virginia come despite scandals affecting the three top statewide officials in their party. Attorney General Mark Herring admitted to wearing blackface when he was younger; Gov. Ralph Northam admitted to wearing blackface in 1984 to impersonate Michael Jackson in a dance contest; and two women have accused Lt. Gov. Justin Fairfax of sexual assault, which he denies.

With Democrats controlling the state legislature, political commentators speculate reforms being advocated by Democrats in Congress and nationwide may appear in Virginia.

“Whether they’re more ‘liberal’ or ‘moderate’ reforms like gun-control or more ‘progressive’ things like a Green New Deal,” Renzy said.

“When Louis Brandeis was on the Supreme Court, he said, ‘states are the laboratories for democracy,’ and I think this is a good example where, if Virginia can pass some of these reforms and show the rest of the country that, not only is it possible to pass them, but it’s possible for them to be successful, I think it probably sparks some initiative for more moderate Democrats to take on those positions nationwide in Congress.”

Virignia’s election results have also reignited conversation about the Equal Rights Amendment. Proposed almost a century ago and passed by Congress in 1972, the constitutional amendment, whose main clause reads, “Equality of rights under the law shall not be denied or abridged by the United States or by any State on account of sex,” was ratified by only 35 of the necessary 38 states before its 1982 deadline. In 2017, Nevada became the 36th. In 2018, Illinois became the 37th.

Virginia’s incoming leaders have promised to take it up immediately when the legislature convenes in January. When the Virginia Senate was under Republican control, it failed by only one vote, meaning passage is almost assured.

“I think it would be huge for that to be the 28th Amendment finally codified into law,” Renzy said. “I mean, protection based on sex, it’s been a long time coming, but the question now is whether the deadline from the original amendment needs to be extended and how easy that is for Congress to do, but I don’t think that will be hard. Whether the Supreme Court upholds that or not is a different story, but I think Virginia is probably in a good place to finally get this thing in the Constitution.”

Information for this article was gathered from ballotpedia.org, wsj.com, npr.org, nytimes.com, foxnews.com and wkyt.com.