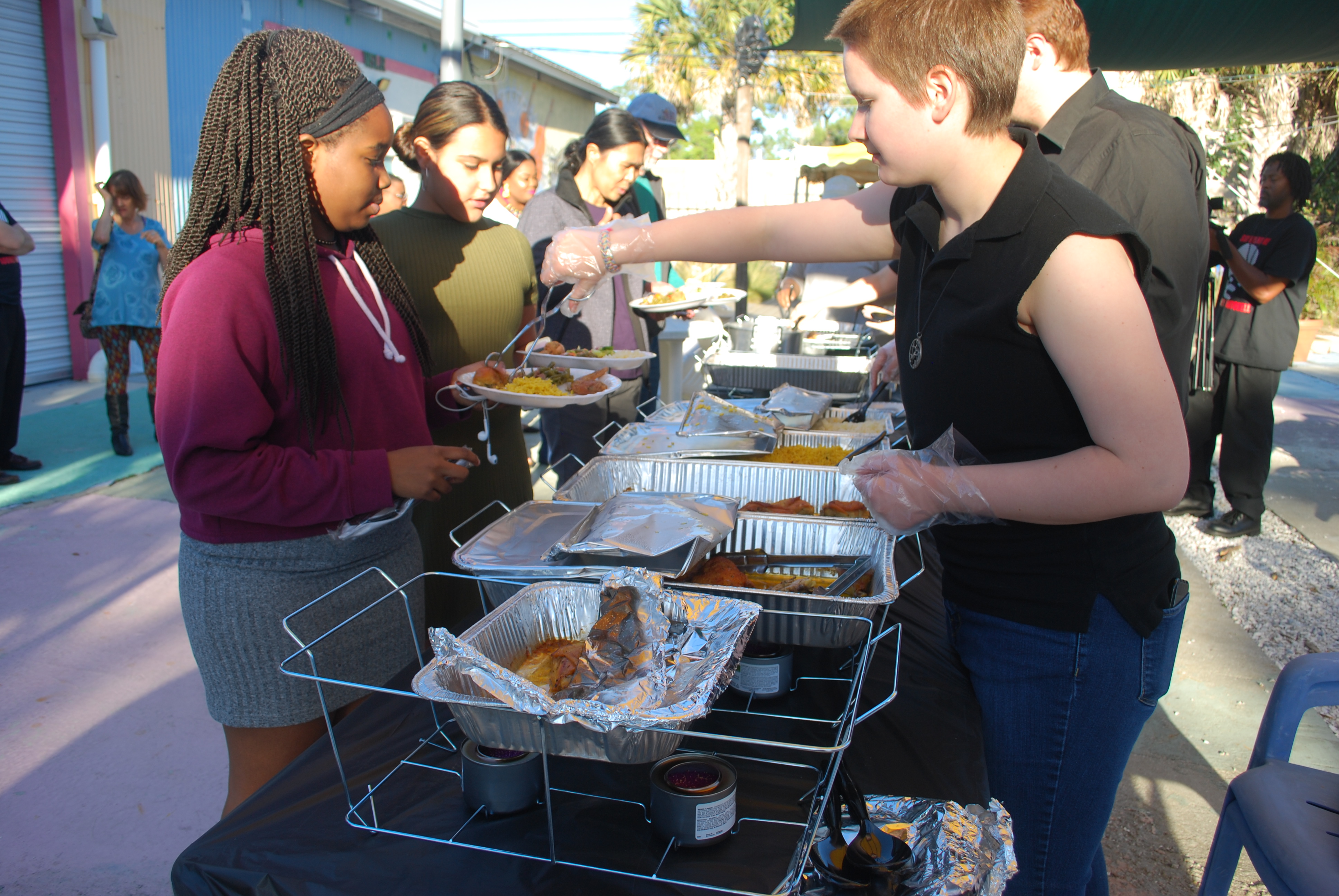 On Nov. 21, 2019, Ringling College of Art and Design (RCAD) and New College students gathered to learn about a problem that is familiar to over 40 million Americans: food insecurity. Oxfam America Hunger Banquet events allow organizers and participants to experience firsthand how individuals’ financial decisions affect others in the world. At these events, guests assigning them at random to either a high, middle, or low-income tier based on the latest statistics about the number of people living in poverty on a global scale.

Each chosen level of income receives a corresponding meal: the 15 percent in the high-income tier are served an extravagant meal, the 35 percent in the middle-income section eat a simple meal of rice and beans, and the 50 percent in the low-income tier are given small portions of unseasoned rice and water. The tickets also give each participant a name, explaining where the character is from and what their current situation is.

“I am hoping the students will walk out with a better understanding of what is going on in Sarasota and around the world with poverty and food insecurity,” Lapton said. “These two things are a huge set-back for families and some of our students may even be struggling with this.”

Hodgens broke down her statistics by demographics, stating that single, female-headed households are impacted the most in the ALICE community, and that, in particular, the rural areas of Florida are home to many ALICE families. She wrapped up by saying that the number of people struggling in poverty has decreased over the past few years, but the number of people above ALICE has also decreased, and people affected by systemic inequalities such as single parent households, households under 25 years old, Hispanic and Black households all have fewer people above the ALICE threshold compared to their counterparts.

Why is this happening, and why is this happening in Florida?” Hodgens said.  “There are three main reasons: underemployment remains high, so not that people aren’t employed they’re just underemployed for what their skill-sets are. Low-wage jobs: Florida’s wages have not kept up with other parts of the country so those low-wage jobs continue to dominate the landscape. And then the rural areas are impacted harder.”

The banquet ended with a group reflection, in which everyone sat around in a circle in the low-income tier section. Event coordinators asked participants to describe their experiences and to share what they may have learned. Hodgens gave participants the chance to communicate about what can be done to help address those suffering from food insecurity. Hodgens remains hopeful that the community can join together to help aid food insecurity:

“There are some really cool grassroots efforts in our state to help families transition off of benefits for the betterment of their entire family.”

Information for this article was gathered from oxfamamerica.org.