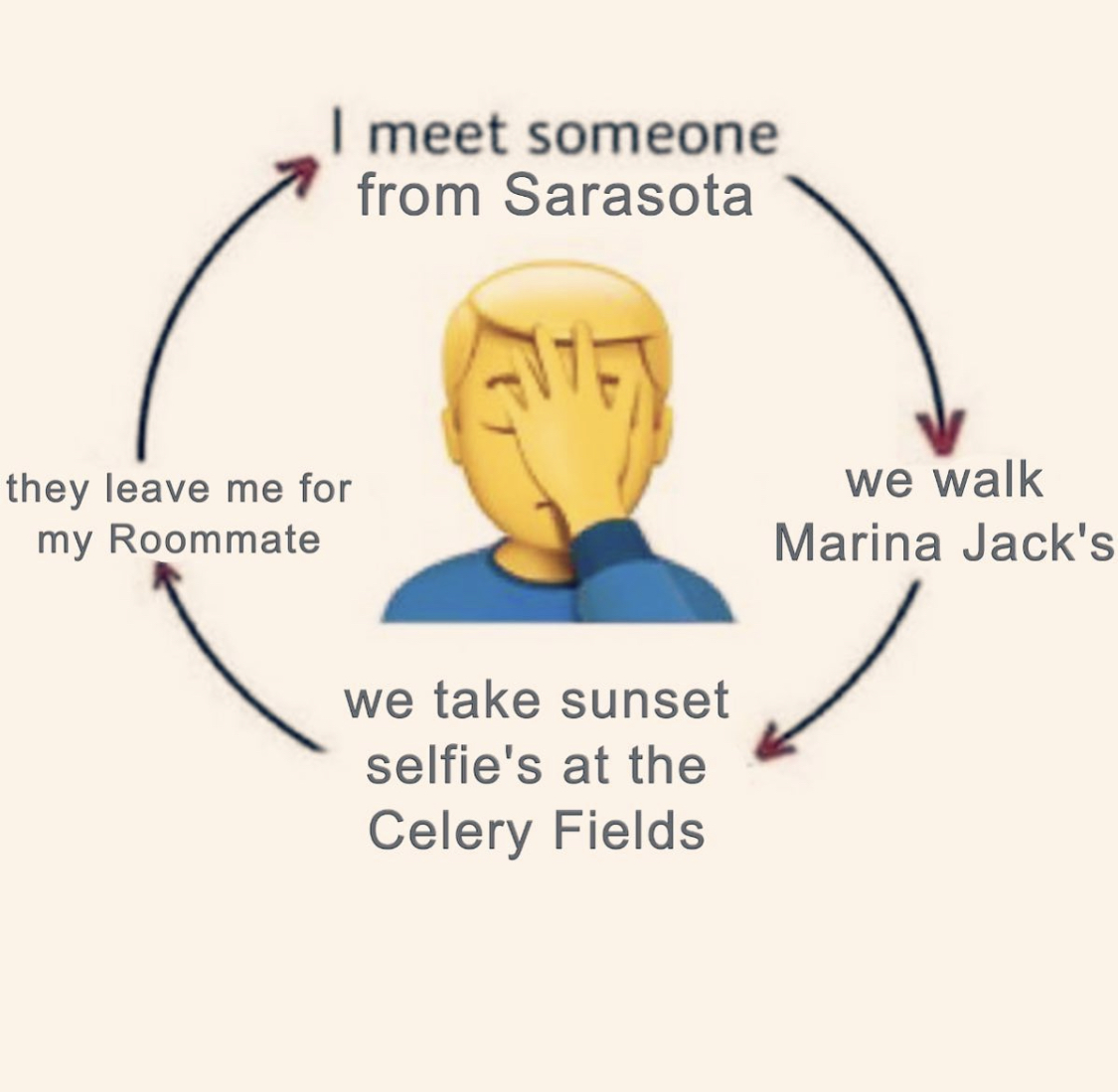 Over the course of the last couple of years, the city of Sarasota has been growing at a rapid pace, due to increasing in population size and numerous ongoing construction projects, as well as the addition of a brand-new tourist trolley known as the Bay Runner. Despite all these changes, perhaps the most unexpected area of growth for Sarasota has been the rise of the Instagram account srq.affirmations, a meme page that has built a modest online following by satirizing various parts of living in Sarasota.

Now boasting over 5,000 followers at the time of writing this article, the account began in Fall of 2021, with the first post dating back to Sept. of that year. At the account’s inception, the content was formatted quite similarly to another popular Instagram page going by the name of affirmations. At its beginning, srq.affirmations appeared to be jumping on the trend that affirmations had started, although as time went on the page found its own identity and unique humor. The account now relies on a combination of repurposing well-known meme formats to supplement the Sarasota punchlines, as well as original memes made from images taken across the city.

Srq.affirmations has become well-known across the county for its distinct and comedically accurate jabs at the people and places that populate Sarasota, as well as targeting the universal woes that come with living in the city. Scrolling through the page’s posts, it ranges from poking fun at Sarasota’s reputation for being a retirement city to lamenting the losses of local businesses that have long since closed their doors to criticizing the city’s obsession with roundabouts.

While there are many appealing elements going for srq.affirmations, the most unique part of the page comes from its accuracy. While reading through the posts, one takes notice that the creator is, in fact, a local resident. Although, the most startling discovery that users may come across is that young Sarasota residents often have identical experiences while living in the area.

“Some of the memes on the account are just so real that it makes it funnier,” thesis student Eliot Greene said. “After living in Sarasota the past four years and looking at the memes, I’ve seen a couple where I’ve just had the thought, ‘Wow, that is such a Sarasota thing.’”

Srq.affirmations has had a unique effect on the young demographic its content is targeted towards. New College students both from the area and not have taken notice in the special sense of community the page has unknowingly caused.

“The account has definitely made me realize just how many other people see Sarasota the same way I have for years and experience things that just feel exclusive to this place,” second-year and longtime Sarasota resident Samuel Worthington commented. “I feel like it’s giving people a chance to realize that Sarasota is unlike any other place, and it kind of makes you realize how many places and events here are actually really special.”