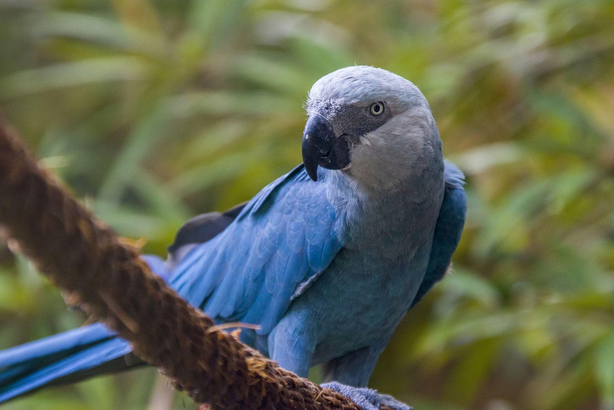 The saying, “You never get a second chance to make a first impression,” is often said to have originated from Oscar Wilde or Will Rogers—neither of whom are likely to have heard of the Spix’s Macaw and its triumphant return to the wild after nearly 20 years of being declared extinct.

According to the Association for the Conservation of Threatened Parrots (ACTP)—the organization working to reintroduce the Spix’s Macaw into the wild—the cyanopsitta spixii is a bright blue Brazilian parrot first discovered and eventually named for the German naturalist Johann Baptist Ritter von Spix in 1819. Very little is known about the Spix’s Macaw in the wild due to their rarity, but they tend towards shyness—flying off at the first sight of an intruder or potential predator. Interestingly, the Spix’s Macaw is capable of mimicking human voices and is reputed as a “talking” bird for this reason. Spix’s Macaws were considered extinct for the better part of the twentieth century before being rediscovered in 1986.

Come 1990, only one Spix’s Macaw could be found in the wild. At the turn of the twenty-first century, Spix’s Macaws were considered all but extinct—with illegal trafficking due to their lucrative nature and rarity in the wild being the primary culprit.

The ACTP has tirelessly bred a strong base population of Spix’s Macaws from the last remaining birds since 2016, and from this project produced a population of 180 Spix’s Macaws—with eight having been released back into the protected, dry land in northeastern Caatinga.