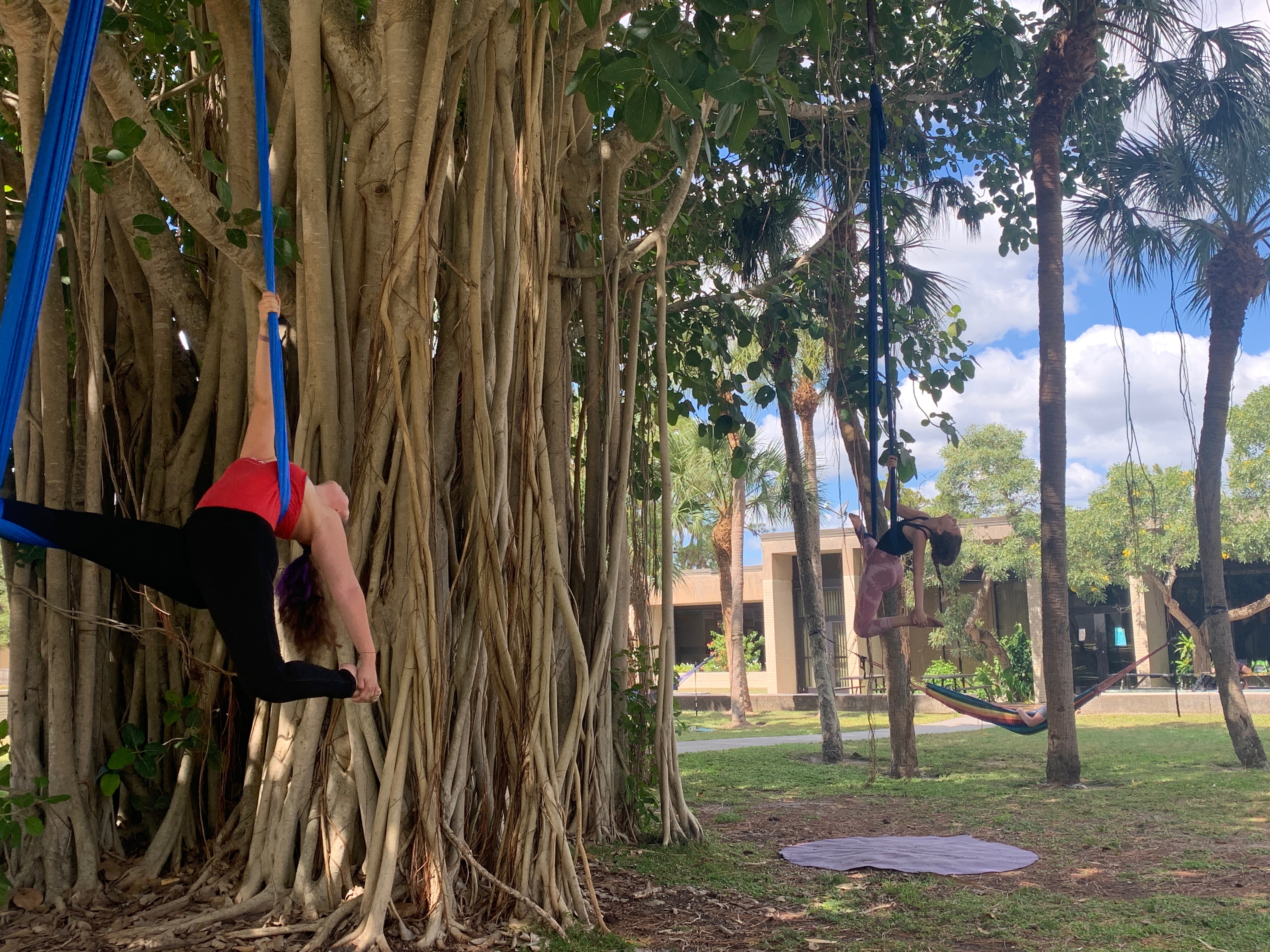 The billowy ribbons of silk hanging from the trees display the power of the blowing winds of early fall. Students who have grown to love the thrill of using the fabric as another instrument of the body in an elaborate dance with gravity twirl and twist around in the silks.

Third year student Rose Schimmel will be leading the Aerial club in Mod 2. She began learning in her senior year of high school and has been practicing for about two years.

“I love aerial because it makes me feel stronger and more confident,” Schimmel wrote in an email interview. “The feeling to just let go in the air is like no other, almost like flying.”

Aerial silk set ups are composed of five components of equipment: the fabric, a rescue 8, one or two carabiners, a swivel and a span set. Fabric is wound tightly around the rescue 8, then the rescue 8 is attached to a carabiners and swivel. After the span set is rigged on a tree and connected to the other carabiner, the equipment is ready to take on over 1500 Ibs of weight.

Schimmel is excited to bring aerial to other students through weekly lessons at the Circus Arts Conservatory during the second mod.

“The ultimate goal is to give students a chance to try the silks for themselves in a safe and fun environment,” Schimmel said. “It’s a big challenge that takes strength, discipline, and focus. However, it’s worth every second in the air.”

Currently, there is a priority on spending money for the club’s events and practices.

“It’s definitely been an intense process with establishing the club, getting approved with legal, finding a location and especially figuring out money,” Schimmel said. She and her aerial partner Hannah Hoogerwoerd have planned upcoming performances, such as the 8:30 p.m. to 10 p.m. Evo Athletics fundraiser Oct. 23rd.