In the wake of so much tragedy happening throughout the world, it might be nice to think about the good that can exist in the world. These selections reflect artists in search for world peace and love. 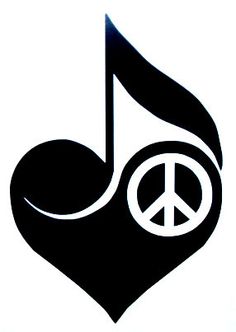 This Communist Manifesto mantra sounding, hippie anthem, idealist overflow of a song is the true definition of world peace, or the desire for it, or the search for it. John Lennon, the famous Beatle, in his solo album from

1970–also titled “Imagine”–sings over a rather simple, yet impactful piano progression with the subtlest of drums in the background. A long time classic and a long time favorite of mine.

Matisyahu is well known for his on-point beatboxing and is a Jewish reggae artist, rapper, reggae-rock musician. This song exudes optimism and happiness and sends a clear message of  coming together and praying for no more wars. The lyrics explain how life can be so difficult for all of us and that things could always turn around. “Down with the hate/ One day we´ll all be free/ And proud to be/ Under the same sun/ Singing songs of freedom”.

“One Love/People Get Ready” by Bob Marley & The Wailers

Reggae, the music genre of peace and love, and its father Bob Marley, put forth a short, sweet and simple track that gives off that same message of unity and love. The song was made in its original ska style that incorporates a prominent snare drum and angelic sounding keys.

The singer/songwriter that made his famous “Wild World” made “Peace Train” just a year before in the ‘70s. A folk rock song of its time, it shares in the ideologies of the time and Stevens sings of a figurative peace train that he wishes would sweep by the world and change everything. “Oh, I’ve been smiling lately/ Dreaming about the world as one/ And I believe it could be/ Someday it’s going to come,” Stevens sings in a verse.

“What’s Going On” by Marvin Gaye

A profound plead wrapped up in a soulful R&B track that’s filled with the realest lines like, “You see, war is not the answer/ For only love can conquer hate”. The song idea was given to Gaye by a member of the Four Tops (R&B group from the ‘60s) in San Francisco in 1969.