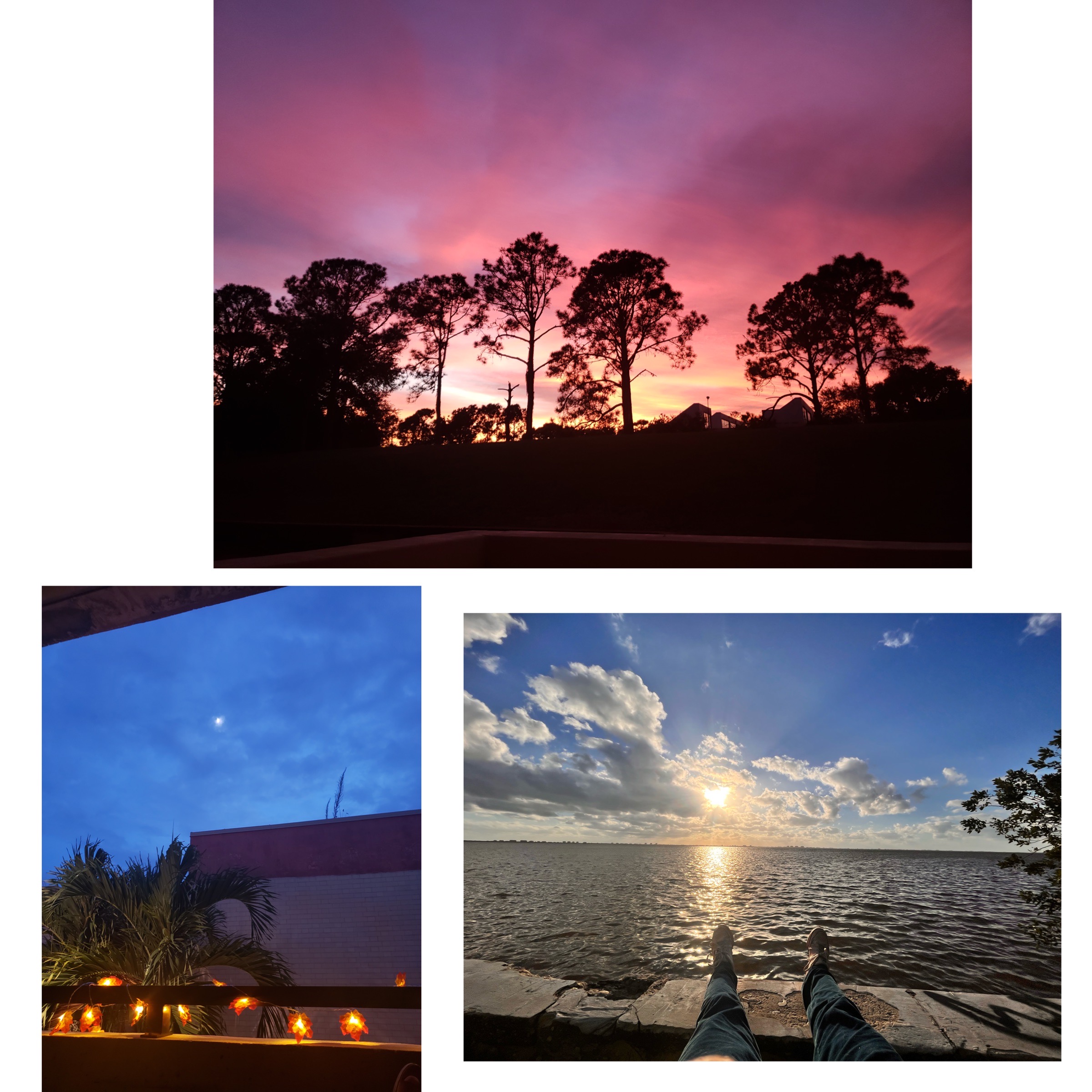 Florida weather has long been known to be incredibly moody. In the duration of one afternoon, sunshine can turn into lightning and thunder within minutes. Consequently, walking out of a New College dormitory presents your daily weather gamble: will your nice new shirt get wet, or will it shine dry in the sunlight, only for it to be drenched with sweat? Either way, each day presents its own forecasts such as sunshine, humidity, wind, clouds, storms and fog. No matter the color of your skies, here is a list of songs you should hear with every kind of weather!

For days where sunshine beams down on the New College campus, “Coming Home For Summer” brings an upbeat and bright melody to match the excitement of seeing clear skies at the prime of the day. It was released in 2016 in Arthur’s album Back From The Edge, and the song contains a consistent theme of fighting through the storms and battles in order to finally “come home for summer.” The unpredictable weather in Florida makes it almost impossible to determine when the sun will have the chance to fully shine across Sarasota, so finally being able to see it emerge from the clouds gives resolution to many that it will definitely be a good day. While experiencing the joy of sunlight, lyrics like, “Everybody’s coming home for summer / But still feels a thousand miles away / What a feeling, taste the freedom / There with every bite / Finally we’re coming home,” give a resolution to the fickle weather that is now behind you.

The clouds begin to roll in after a good amount of sunshine, and depending on the day, the heat of the previous sun continues to bear down, or a bit of a chill welcomes itself. A cloudy environment presents a soothing sort of ambience, as well as “Princess of China” from the album Mylo Xyloto (2011). Sung by Coldplay and featuring Rihanna, the song is reverbed to an intense extent and the bass hums low to make you feel everything is so much bigger around you. As you look up to the already enormous clouds in the sky, the song simply seems to enlarge them even more and help the clouds surround you in their serenity. With the help of Coldplay and Rihanna, you will be one step closer to the clouds.

The feeling of heat sticking to your skin and fatigue coming over you is very familiar in the face of Florida’s well-known, high humidity levels. Childish Gambino’s 2018 single album “Feels Like Summer” from Summer Pack describes the existential negative aspects of the consistently increasing heat and humidity we are feeling outside. Within the song, Childish Gambino states, “You can feel it in the streets / On a day like this, the heat / It feels like summer,” to reinforce there is an impending climate change issue that the living is presently struggling to withstand. While the lyrics of “Feels Like Summer” are filled with heated dread, the song itself is aesthetically relaxing and quite the beautiful song to listen to while the heat closes in.

You look out the window. After all the heat, it’s finally raining! Coat and umbrella ready, you put your earbuds in and step outside to see the show. Rain pours down from the gigantic clouds above while thunder strikes to the cadence of “Algorithm” from Muse’s album Simulation Theory (2018).  The song gives the opportunity to feel the experience of the main character in a movie where you step out into the middle of the rain with the intention to eventually do something big. With the combination of the slow and dramatic beat coming down on you like a storm and the rain surrounding you as you walk, you feel like you are the only person in the world—that the world is made for you, and you have purpose.

Windy: “King of the Clouds” – Panic! At The Disco

When the winds begin to speed up on the Bayfront at New College Campus, compliment them by choosing “King of the Clouds” by Panic! At The Disco. While this song is not the most popular on their album Pray For The Wicked (2018), it contains dramatic and orchestral elements that accentuates the feeling of wind falling onto your body and through your hair. At the very end of the song, Brendon Urie sings, “Imagination, take me somewhere I don’t know / I’m lost but I better find it alone / King of the clouds, of the clouds / I get lifted, I get lifted.” The lyrics are incredibly abstract and include aspects such as powerful harmonies and belting techniques in certain areas to emphasize the need of finding yourself by being lifted to the skies.

When the phenomenon of vertigo is experienced, symptoms arise such as dizziness, nausea, sweating and lack of focus. Foggy weather has the same effect, causing an inability to see long distances which causes cognitive dissonance between yourself and your usual surroundings. Dissociation lingers with the loss of visual stimuli that occurs as you walk to class in the morning fog. In Khalid’s album Suncity (2018), his song “Vertigo” delineates a sense of confusion between himself and another. This confusion in the song is apparent in his slow and repeated questions in the chorus lines, “Are we alive? / Or are we dreaming? / After the ride / Are you leaving?” Within the fog, we don’t know how close or far something is from us, yet it also somehow lulls us forward to understand what is hidden.