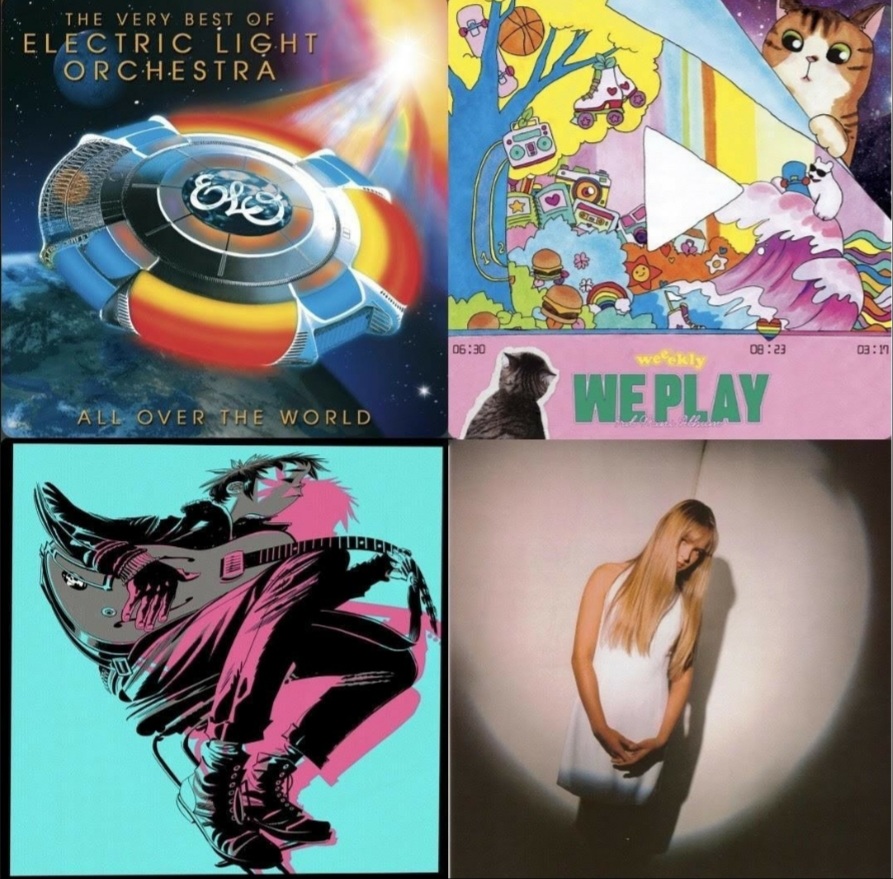 This week's SYSH aims to lift your spirits as we all settle into the spring semester.

After winter break and the Independent Study Project (ISP) period, everyone returns to the regular beat of classes, tutorials and extracurricular activities that overloads our Google calendars. This edition of Songs You Should Hear is packed with songs to get you out of bed and motivated to finish that reading assignment or attend that 9 a.m. class you’ve been dreading. A new semester means it’s crunch time and these feel-good anthems will put pep in anyone’s step. Whether it is a push you need to get things done or some cheering up on a long day, these songs will brighten any disposition.

A perfect start to this list is the opening song in the classic movie Legally Blonde—a staple of the 2000s. Building off of the message of female empowerment, the song rose to fame over twenty years ago and remains an anthem for those living their authentic lives. Hoku left the music industry shortly after the release of “Perfect Day,” so her discography is short and sweet but its legacy of the exemplary “get out of bed and have fun” track lives on. The song accompanies visuals of Reese Witherspoon living her college life—what better lyrics to start the day as a university student than “Sun’s up / It’s a little after twelve / Make breakfast for myself / Leave the work for someone else.” The gradual build up to the initial chorus and the instrumental of the following verses all pieced together make for what feels like an instant shot of serotonin. For the entirety of three minutes and 29 seconds, the pop beats and positive energy are non-stop, so much so that you can’t help but let loose and sing along.

Gorillaz, known for their alternative/experimental sound, released their album The Now Now right before the summer of 2018. With a total of eleven tracks, The Now Now creates a unique ambiance, switching between genres while maintaining cohesivity, creating a repeat-worthy masterpiece. The chill and alternative beats and the beachy visuals of the music video makes “Humility” the ideal “walking to class” song.  Jack Black’s cameo—among other celebrity appearances—in the video adds more appeal to the already engaging track that almost sucks you into an alternate universe. The dreamy tones make recovering from fall semester and ISP seem like the distant past. 2D put it best, “Reset myself and get back on track.”

This song likely sparks a few memories from all its listeners—long car rides, dancing alone, or enjoying a movie to name a few. The nostalgia surrounding this track makes it a hard one to forget, its popularity spanning across four generations and more to come. Megamind and Guardians of the Galaxy Vol. 2 are only two examples of movies “Mr. Blue Sky” was featured in; its message, melody and dynamic composition make it one of the most versatile songs in the industry. Even on the gloomiest of days the lyrics, “Sun is shining in the sky / There ain’t a cloud in sight / It stopped raining / Everybody’s in a play / And don’t you know / It’s a beautiful new day,” make the brain fog simply dissipate.

K-pop girl group, Weeekly, with seven teenage girls released this colorful, bubbly track about the excitement of simply hanging out, having fun after school (get it?) and having a crush on a classmate. The chorus has a hint of familiarity to it, some pointing out it sounding similar to Ava Max’s “So Am I” and Coldplay’s “Viva la Vida”—which is a compliment, not alleged plagiarism. Vocal and rap sections throughout the track showcase the talents of these young girls, even alluding to their first two tracks in their careers: “Tag Me” and “Zig Zag.” Subtle motivation in the track shows there’s a light at the end of the tunnel, to enjoy yourself with friends or rest after a day full of fulfilling responsibilities and meeting deadlines. The song fittingly ends with, “자유로운 기분인 걸,” (Translation: I feel so free) almost like a sigh of relief after classes. Its danceability is elite, knowing the official dance only enhances the experience.

One Of Us – New Politics

New Politics are a Danish band well known for their music in a multitude of genres, majority pop, rock and electronic dance rock. There is only so much to say about this song, its lyrics and composition make for the perfect equation of comfort and happiness when you might need it most. Mostly pop with a skillful amount of rock infused, the instrumentals accompany the uplifting lyrics that are there to remind you that there is always someone in your corner. The song matches well with New College’s environment of support and service among students and faculty, especially reminding us that, “Even when you’re lonely / Know you’re not alone / You’re one of us.” One last lyric that must be highlighted: “Will you drown in the pain / Or go dance in the rain?”