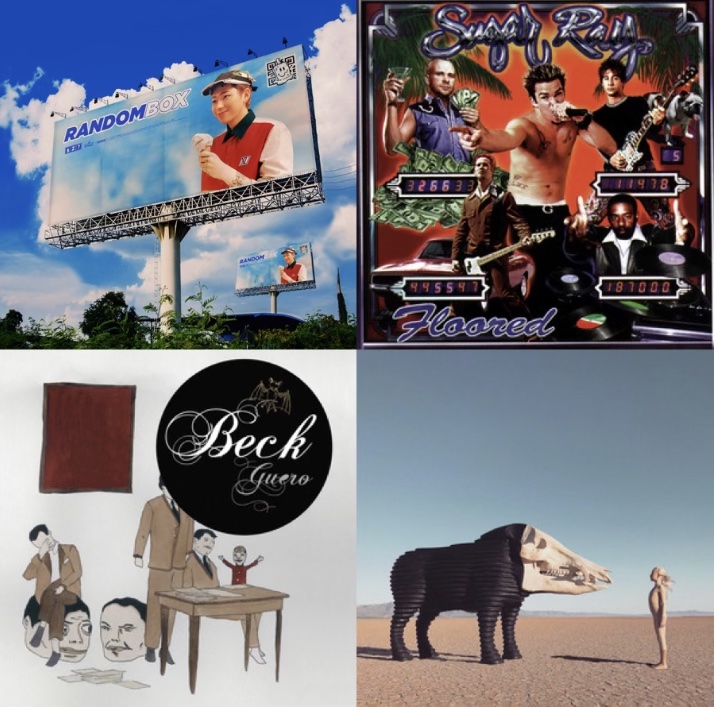 A collage featuring picks from this edition of Songs You Should Hear.

As the spring semester comes to an end, summer creeps ever closer, along with its scorching heat. This edition of Songs You Should Hear will make your journey home after classes, however long or short, a little more fun. No blank staring out the window, passenger or driver, this playlist will break any bored trance. Buckle up! The stretch of highway ahead just became less treacherous with these jams to assuage your hurry home.

Popular K-pop stars conjoined their respective talents of rap and singing into a track fit for anyone that just hates the mind-numbing heat. The message of hating summer feels lost when the melody and lyrics make anyone want to soak in the rays. The song follows Zico’s experiences during a lazy, and of course, hot day in Seoul, South Korea. Much like those in Seoul, Floridian summers leave us sweaty and uncomfortable—Zico begs for a rainshower when K-pop pioneer and legend, Rain, takes his name seriously and recites the ever-so-catchy chorus: “It’s so freaking hot.”

American rock band Sugar Ray meets reggae in their 1997 hit “Fly” featuring Jamaican artist Supercat. The melody entrances the listener, sending them through the clouds as if they’re flying themselves. You can’t help but crack a smile and sing along to the lyrics, whether or not you know them by heart. Sugar Ray infuses a feel-good sound into the track, juxtaposed with the lyrics written by Mark McGrath about the death of his mother. While there is loss, the song ultimately pushes the idea of searching for happiness and romantic fulfillment.

Beck travels through the streets of Los Angeles, encountering many of his Mexican neighbors calling out to him: (translation) “What’s going on guero?” Set during a hot, summer day, Beck reminisces the streets full of vendedoras, abuelitas heading to church and the borracho heckling him. Living in a state with a diverse Latinx population, the song may strike a chord within many of us. Relive those summer drives, spotting friendly faces along the road with the final destination inching closer while listening to this captivating blend of hip-hop beats and the hustle and bustle of a friendly barrio.

Man Man, an American band fronted by Honus Honus, are known for their strange lyrics that are mostly up to interpretation and interesting instrumentation that creates vivid musical atmospheres. The remaining songs on Dream Hunting in the Valley of the In-Between (2020) all seek to test boundaries, expressing a unique set of imagery per track. Inner Iggy is no exception, the song makes you consider what the deeper meaning is behind the enticing Dick Dale guitar. Explore what it means to “find your Inner Iggy” and tune in on your drive home for an upbeat, beachy soul searching experience.

Gorillaz partnered with British Jamaican singer Alicaì Harley to partake in the EP titled Meanwhile (2021), created as a nod to the cancellation of the world’s second largest celebration of Carnival in Notting Hill, England. The calypso instrumentals coupled with the rich vocals of 2D (Damon Albarn) and Harley are a recipe for chronic dancing. Roll the windows down and let the 88 degree air flow, it’s time to soak in the tropical timbre of the steel drum, making the mundane drive home into Carnival.