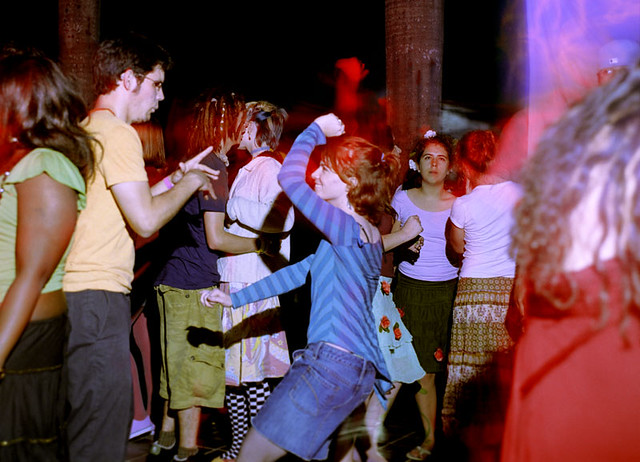 When it comes to PCP, preparation is key. While the Catalyst is unfortunately unable to help you pick out a show-stopping outfit or solidify your somewhat shaky plans, this handpicked, high-energy playlist has your pregame soundtrack covered.

“The Cult of Dionysus” by the Orion Experience

“It’s the ultimate PCP pregame song,” Staff Writer Sophia Brown emphasized with her recommendation of the Orion Experience’s 2007 indie pop track, “The Cult of Dionysus.” “Do not sleep on this!” Brown makes an undeniable point, as this appropriately themed, theatrical party anthem—recently re-popularized by the social media application TikTok—could not be a more fitting pick for this year’s upcoming Dionysan PCP. “We are the life, we are the light, we are the envy of the Gods above,” lead singer Orion Simprini sings, providing some divine inspiration for the night of indulgence ahead.

“It Gets Funkier IV” by Vulfpeck feat. Louis Cole

“It Gets Funkier IV,” an ambitious musical crossover featuring both American funk band Vulfpeck and classically trained jazz musician Louis Cole, has to be one of the funkiest collaborations in existence. With Cole on drums and Vulfpeck founder Jack Stratton on the electronically amplified keyboard known as the clavinet, the song is a frantic yet measured mashup of enjoyable sounds. “It Gets Funkier IV” has a way of gradually building on itself, the track hyping itself up as the pre-PCP listener does the same.

The members of BROCKHAMPTON, All-American boy band and California-based rap collective, bring themes of style, individuality and self-love to the forefront with “GOLD,” one of many innovative and extremely successful singles off the collective’s 2017 album, SATURATION. “Keep a gold chain on my neck, fly as a jet, boy better treat me with respect,” 23-year-old queer rapper Kevin Abstract asserts over a chill yet distinctive beat, showcasing the group’s proficiency in creating an effortlessly cool party vibe.

“You fucked the world up now, we’ll fuck it all back down,” Janelle Monae sings in her 2018 feminist R&B-pop hit, “Screwed.” The song is lyrically dystopian yet musically fun, encapsulating the bright, futuristic tone Monae carries throughout her deeply personal 2018 album, Dirty Computer. Even in the face of hopelessness, Monae reminds the listener that it is okay to take a break and celebrate, even if only for a moment.

“I Don’t Want It At All” by Kim Petras

German-born and Los Angeles-based singer songwriter Kim Petras makes her copious worldly desires known with “I Don’t Want It At All,” a bubblegum, synth-pop hit that flawlessly showcases both Petras’ impressive vocal range and unwavering dedication to her unique musical aesthetic. The song is is pure ultra-femme materialistic fantasy—think Paris Hilton circa 2001—demonstrating Petras’ ability to bring all the best aspects of early 2000s pop music into her own critically acclaimed style. Know your worth this PCP season and ask yourself, in the words of Kim Petras, if you cannot have it right now, do you really want it at all?

Check out the Spotify playlist for this column at https://spoti.fi/37OG5v1.