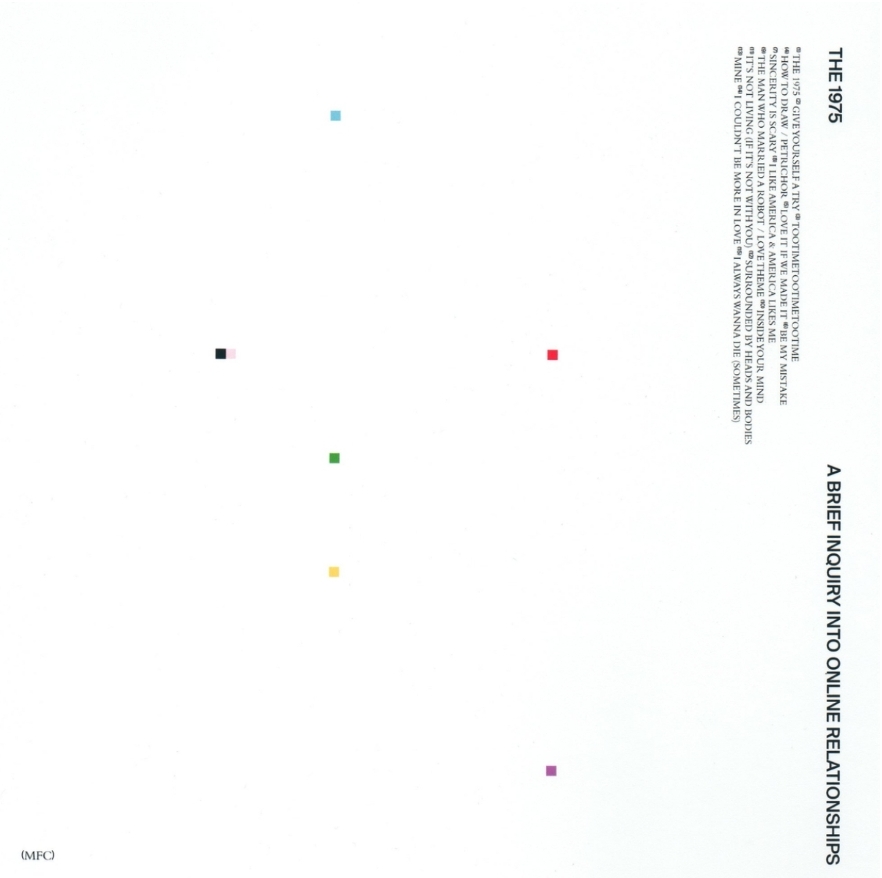 Winter in Florida is never upfront about its arrival: it taunts, peeking in and skipping away just as your roommate begins that orthodox acclimation of,  “Ooo, it’s chilly!” while stretching their hand into the 70 degree morning air. What is there to do for the winter romantic? For those who yearn for that Twilight Saga blue filter to be projected upon their very vision? Or for the blurry glow that surrounds our Floridian-romanticized visions of snow? Luckily for that forsaken lot, this edition of “Songs You Should Hear” brings music to soothe any ache for the wintry season. Lament and brooding are in the air, and in the sounds seeping through headphones: whether they are found within a demanding, warbling groan or a rueful whisper of woes, is entirely up to you.

Go ahead: justify a sweater and cradle a hot thermos—here are some songs of raw noses and raw hearts, lingering sepia tastes and an unforgiving determination towards melodrama that will help to placebo your world into a moody wintertime spell.

This is not The 1975 of your 2013 teenhood. Put aside the prejudices against this better-off forgotten time of your youth and, for a moment, ignore memories of aestheticized knee-high socks and hacking up a cigarette to get that one, perfect desaturated polaroid picture. Inside Your Mind sits within the 2018 album A Brief Inquiry Into Online Relationships, and marks a significant divergence from the band’s long-held associations. Emerging out of their ties to indie-turned-grunge Tumblr blogs and algorithmically, perfectly repostable sex appeal lyricism, the band actively rebaptizes itself within the slippery, burgundy sound of an adult devotion. In verses that can only be described as voyeuristic, lead singer Matthew Healy refocuses the chaotic yearning of young adulthood into an act of venerative supplication—an adult romance, poised on the verge of something darker. This song is, to put it simply, haunting and perhaps a bit neurotic. As Healy croons,  “Maybe you are dreaming you’re in love with me, the only option left is to look and see—inside your mind,” let yourself sink into that saturnine depression that so often accompanies the darker months, and romanticize the hell out of it.

Change (in the house of flies)  – Deftones

One could say that Change (in the house of flies) has the feel of a perfect revenge song, but it doesn’t even need to take you that far. It calls not for action, nor conclusion or satiation. The song begs you to remain, sitting in a commiserating blizzard of bitterness for eternity. Deftones beckons you to your car: to imagine yourself  listening, restless and unsatisfied, with a hand lingering on cold windows and a melodramatic furrow of your brow. Their “nu-metal” sound bequeaths a responsibility to mull as you ignore the guy a car-over hissing and jeering in your direction. Fill yourself to the brim with amber angst, this is a song for moody spite. Spite for what? For anything. For the very scourging calamity of waking up every morning. Disregard lyricism, it is barely needed here—not that one would be able to decipher the breathy groans of  lead singer Chino Moreno—for Change holds within its very sound the ambience of a barely-restrained gasp. Just imagine you’re in a sepia-toned movie scene for the solid five minutes that the song wails on, and dissolve into that sexy, stygian, inky pool of music within your mind.

Recomeçar was built for those self-torturous many who live and forgive and love to cry. Tim Bernardes loops a few simplistic lyrics into a soaring soundtrack for a crystal-fragile moment: the exhaling pause before a long-ached-for kiss, or the terrifyingly exciting heart-squeeze of being handed someone else’s baby. It’s something about the pounding piano coupled with the ever hovering, ever out of reach strings that highlights the wide-eyed and wobbly lipped sob of Bernardes’s vocals. As he cries, “A dor do fim vem pra purificar—recomeçar, recomeçar” (translation: The pain of the end comes to purify—restart, restart),” his lyrics are placed within the realm of everything tender and confusing: begging you to feel every single infinitesimal, shattering second of it. This song woos you back to the hearth, back to that which is intimate, that which takes care.  There is an art to lament, and Recomeçar masters this tradition in its most pure and unornamented form.

The Leanover – Life without Buildings

Some songs play accomplice in lulling you deeper into the pool of melancholy and rooty winter—this is not one of those songs. The Leanover pulls you out like an unrelenting hand, shoving your lungs shock-full of crisp air and thrusting you into a seeping warm patch of thawing sun. Abstract lyricism lilts and tilts with a spunk and talkative strut that has a face: a face with pink cheeks and a red, runny nose. The song begins with a tickling, “If I lose you, if I lose you, if I lose you, if I lose you—in the huh, the huh, the huh, mmm—if I, if I, if I, if I—B-b-baby, baby.” Lyrics run towards you with a haphazard logic that absolutely requires the words to be screamed. How lead vocalist Sue Tompkins remembered these lyrics is beyond comprehension. The Leanover is bracing: a molting of any remnants of seriousness. It doesn’t ask, but forces you to crawl out of that dusty hibernation that winter brings, and to skip down the street for the hell of it.

Plunging into a tumbler of something amber and silken: welcome to the voice of Hako Yamasaki. If it was ever possible to seamlessly blend rock and jazz elements into a luxuriously grainy swirl of drama, Yamasaki would be standing over the cauldron. Outrageously under-known by non-Japanese audiences, Sasurai (translation: Wandering) pulls you down, down, down into a realm of corporeal thirst for more of whatever Yamasaki generously offers. Her lyrics and tone carry a folksy universal-ness that is in tension with her esoteric sound. She croons a sibylline, “私の 肌につきささる – あの霧の白さが 恐かった (translation: The whiteness of fog that pierced my body was just frightening),”  alongside lyrics bemoaning the affront a gentle man makes to a woman’s guarded heart. This is a voice and ballad in competition with that of Odysseus’ sirens—any person of reason would gladly spend an eternity thrashing against jagged, wave-worn rock-faces for a moment more of this thick, syrupy sound.