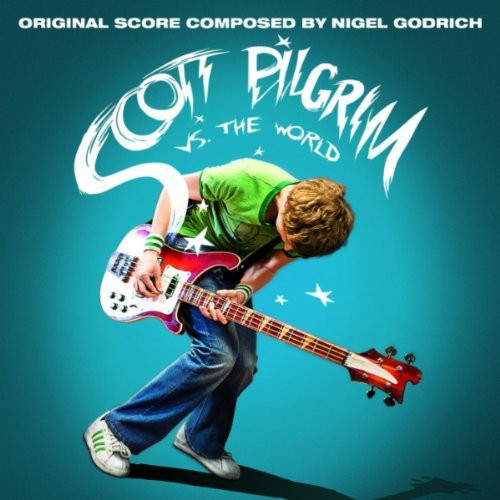 The "Scott Pilgrim vs The World" soundtrack contains 15 original songs written for the movie, as well as a slew of bonus tracks and acoustic demos.

A movie or show’s soundtrack is a valuable tool for setting the tone or giving scenes more emotional kick to them, whether that be a fight scene set to a pulse-pounding, high octane rock song or a more somber scene set to a sorrowful ballad that tugs at the heartstrings. Several movies are famous for boasting a fantastic soundtrack, with Guardians of the Galaxy and American Graffiti being some notable examples. This edition of Songs You Should Hear is a collection of songs that you’re sure to keep humming along to, long after the credits roll.

Baby Driver is a movie that lives off its soundtrack with almost every fight scene, getaway, car chase or sometimes even conversation happening to the beat of a song. As such, the soundtrack is filled with songs perfect for any situation. However, out of all of them, “Brighton Rock” by Queen is by far the best for going for a drive. “Brighton Rock” is a fast-paced rock song telling the story of a couple of young lovers meeting in Brighton and hiding their love from various people in their lives. The music itself is well known for its hair-raising guitar solo performed by lead guitarist Brian May, paired with its mile-a-minute pacing, making it perfect for driving—or really any other situation that could be improved with a legendary guitar solo.

Scott Pilgrim vs. The World is the movie adaptation of the comic of the same name created by Brian Lee O’Malley. With a prominent subplot revolving around the rise of an indie band, naturally the soundtrack is filled with high-quality indie rock. While the whole soundtrack is worth a listen, one song in particular stands out. “Black Sheep,” performed by actress Brie Larson, narrates the story of the movie—the tale of two outcasts who bonded over their inability to fit in, only to grow distant over time. The theme of distance is prevalent throughout the entirety of the song, made evident by not only the title of the song but also through lyrics such as, “Hello again friend of a friend, I knew you when our common goal was waiting for the world to end.”

The soundtrack of Interstellar is fittingly out of this world. Interstellar tells the story of a group of astronauts sent on a mission to find a new planet for humanity to escape to as Earth slowly becomes uninhabitable. The soundtrack is made up of a mix of ambient and contemporary classical music composed by the famous film score composer Hans Zimmer. Each song is terrific at evoking whatever feeling it sets out for, whether it’s wonder, discovery or sorrow. One of the more famous songs is  “No Time For Caution,” which is well known for how it turns an already intense scene into a nail-biting experience. Anyone looking for an interesting story told exclusively through an amazing score should give the Interstellar soundtrack a listen.

Lastly, Pulp Fiction, the classic movie directed by Quentin Tarantino, tells multiple stories all intersecting with the life of hitman Vincent Vega, played by John Travolta. Tarantino used a wide variety of surf rock, even utilizing surf rock covers of classic songs to fit his theme. As such, it is a perfect soundtrack for a beach day. Above all the others, the surf rock rendition of  “Misirlou” played by Dick-Dale, a song with a guitar riff that’s more well known than the song itself as it’s been sampled by numerous artists, including the Black Eyed Peas. It is a timeless song fit for anyone’s summer playlist.