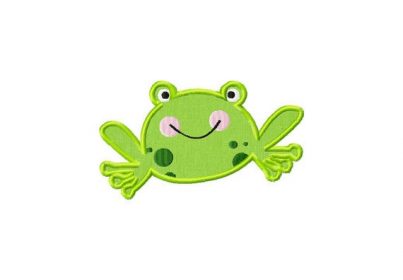 “I was there when the first Jimi Hendrix album came out,” Bruce Allen (‘66) reminisced. “It happened during the college career of ‘66-’70, that’s when all the good stuff came out.” “Purple Haze” is undoubtedly part of that good stuff Allen spoke so highly of as a deliberately distorted hard rock track off Hendrix’s debut Are You Experienced? album. The song, which features the guitarist’s iconic Hendrix chord, showcases Hendrix’s breakthrough musical style and cements his spot as the Rock and Roll Hall of Fame’s “greatest instrumentalist in the history of rock and roll.” “Purple haze all in my brain, lately things they don’t seem the same,” Hendrix sings, bringing the listener deep down into his dream-like, psychedelic world.

“All the Tired Horses” by Bob Dylan

“All the Tired Horses,” the first track off American singer-songwriter Bob Dylan’s double disk 1970 album, Self Portrait, takes Christopher Van Dyke (‘70) back to his first year at New College. “My first year, I would play it all the time as a brand new student,” Van Dyke recalled. “My roommate almost killed me. But I loved it.” The song, which notably lacks vocals from Dylan himself, is highly repetitive, with the small female choir of Hilda Harris, Albertine Robinson and Maeretha Stewart singing the same two lines— “All the tired horses in the sun, how’m I s’posed to get any ridin’ done, hmm”—over and over again throughout the course of the 3-minute track. While “All the Tired Horses” may admittedly get old after the hundredth time, the song’s soothing melody and beautiful instrumental accompaniment hold up, much like Dylan’s impressive and long-lasting legacy.

“Paint It Black” by the Rolling Stones

According to David Goldman (‘71), the loud and rebellious music of the Rolling Stones was unbeatable on campus in the early 70s, regardless of social setting. “I was at a party and they put on this really nice classical music,” Goldman explained. “Then, this one guy, he stood up and he said something to the effect of, ‘Hey, how about the Stones man?’ All of a sudden they turned off Beethoven and started playing the Rolling Stones. And then that was the end of the Beethoven Party, it didn’t go over as well as we thought it might.” “Paint It Black,” an influential track off the group’s 1966 Aftermath album, embodies a powerful goth spirit that resonates to this day, proving that while the sound of the Stones is highly reflective of the musical era the group rose to fame within, having a pitch-black heart is timeless.

“I was here for multiple eras of walls,” Jeb Lund (‘97) stated when questioned about the music that reminded him most of his time at New College. “The tedious goth walls, the brief swing revival, the endless 80s nostalgia, and of course, the 2000s era Outcast style hip-hop, and only one song ruled them all—’Like a Prayer.’” Madonna’s highly successful pop rock hit, released in 1989 as the lead single off her album of the same name, dominated both the charts and New College party culture in the late 90s, becoming almost inescapable according to fellow alum, Valerie Mojeiko (‘00). “One of my friends made a wall, and since ‘Like a Prayer’ was so popular, he just put it on over and over again,” Mojeiko recalled. “Every ten songs it was ‘Like a Prayer,’ but then as it got later in the night, every third song was ‘Like a Prayer,’ then every second song, then it was just ‘Like a Prayer’ on repeat.” While the spirit of Madonna may not move today’s listeners to such extreme lengths, “Like a Prayer” remains a bop, even 20 years down the line.

“Gold Lion’s gonna tell me where the light is,” lead vocalist Karen O sings emphatically on the Yeah Yeah Yeahs “Gold Lion,” a song that evokes memories of both uncertainty and comfort for alum Sherise Gamble (‘08). “Any time that I was frustrated or overwhelmed, I would ride my bike down to the bay and I would just ride around and listen to it” Gamble said. “It just reminds me of being confused and trying to figure it out.” Show Your Bones, the 2006 album this track introduces, is youthfully nostalgic overall. “Gold Lion,” however, stands out as an indie rock staple, acting as the perfect coming-of-age soundtrack for the stressed out New College student of both the early 2000s and today.

Check out the Spotify playlist for this column at https://spoti.fi/2Vpx2hs.