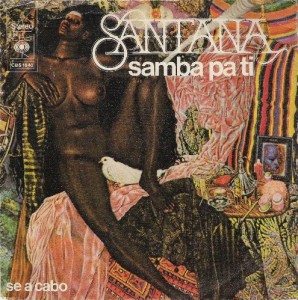 Since Latinx Heritage Month is celebrated between September 15 to October 15, we wanted to spotlight some important Spanish hits.

“Se a cabo” by Santana

This is a rather intense classic from the Mexican group Santana, that includes one of the most– if not the most– well-known Hispanic guitarist, Carlos Santana. The song was released in their debut album that came out in 1970. It’s go the classic rock feel to it. It translates to “It’s done,” “It’s finished,” or “It’s over”.

Maná is widely respected as one of the greatest Spanish speaking bands in recent history. The song is calming, with nice soft rhythm acoustic guitars going at it. The title translates to “treacherous butterfly” and they sing about a female lover that has caused them a great deal of pain.

“Me Gustas Tu” by Manu Chao
Manu Chao was born in France from Spanish parents and includes several languages in a variety of his songs. This song in particular sings in Spanish and French and translates to “I like you” as he cleverly is listing things he likes like guitar, mountains, and marijuana.

Calle 13 is a Puerto Rican group made up of half siblings that usually include harsh and politically charged songs in their repertoire. It’s a rather romantic song for Calle 13, however, the title “Death in Hawaii” and the music video that accompanies the song is also hinting at how dolphins have been getting killed.