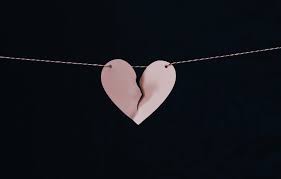 With love comes loss, but with loss comes some of the best songwriting material of all time. Take solace in the fact that one week’s heartbreak can be the next week’s hit new single with the Catalyst staff’s handpicked breakup playlist, designed to help you through both the most minor and major romantic tragedies.

“You got a 9 to 5, so I’ll take the night shift. And I’ll never see you again if I can help it,” Lucy Dacus sings in the building refrain of Historian’s lead single, “Night Shift,” a raw yet masterfully crafted ballad that exemplifies Dacus’ signature songwriting style. The song is an intense catharsis; a nearly seven-minute release of every ugly, uncontrollable and uncomfortably vulnerable thought that passes through the mind of someone healing from deep heartbreak and learning to be themselves again. “This is the only breakup song I’ve ever written,” Dacus said in an interview with NPR, and for good reason. Perfection rarely requires a sequel.

“Be Free” by Weyes Blood

Let Natalie Laura Mering’s silky smooth voice put you at ease this breakup season with “Be Free,” a melancholy yet comforting track—recommended by Staff Writer Charlie Leavengood—off Weyes Bloods’ 2016 album, Front Row Seat to Earth. Mering’s timeless vocals, which interact beautifully with the song’s simple, familiar-feeling acoustic instrumentals, act as a lullaby, helping the listener feel completely at ease even in the face of lost love.

“All Out of Love” by Air Supply

“Get your tissues and some ice cream because this is gonna be a rough one,” Staff Writer Sergio Salinas wrote with his recommendation of Australian soft rock duo Air Supply’s one and only big hit, “All Out of Love.” The song is classic breakup material, an extremely ‘80s overdramatic masterpiece. Although Air Supply has remained a one hit wonder for the most part, their legacy lives on with this big karaoke energy success.

Whether this heartfelt track is actually about fellow pop singer and ex-girlfriend Taylor Swift or not, Harry Styles’ “Two Ghosts” was an obvious breakup pick for Staff Writer Sofia Lombardi. Off a debut album notably defined by its countless ‘70s rock influences, “Two Ghosts” feels definitively personal and much more connected to Styles’ One Direction beginnings in the best way possible. “I’m just trying to remember how it feels to have a heartbeat,” Styles confesses, baring his soul to all who will hear him.

Welsh singer-songwriter Marina Diamandis, formerly known by the stage name Marina and the Diamonds, brings anger and sadness to the table in equal measures with “Lies,” a dark pop hit off Diamandis’ beloved 2012 album, Electra Heart. “Lies”—recommended by Editor in Chief Jacob Wentz—tells a vivid story of betrayal and disappointment, portraying the unfortunate aftermath of finding something out that can never be taken back and proving that no matter how hard anyone tries to keep it hidden, the truth will always come out.