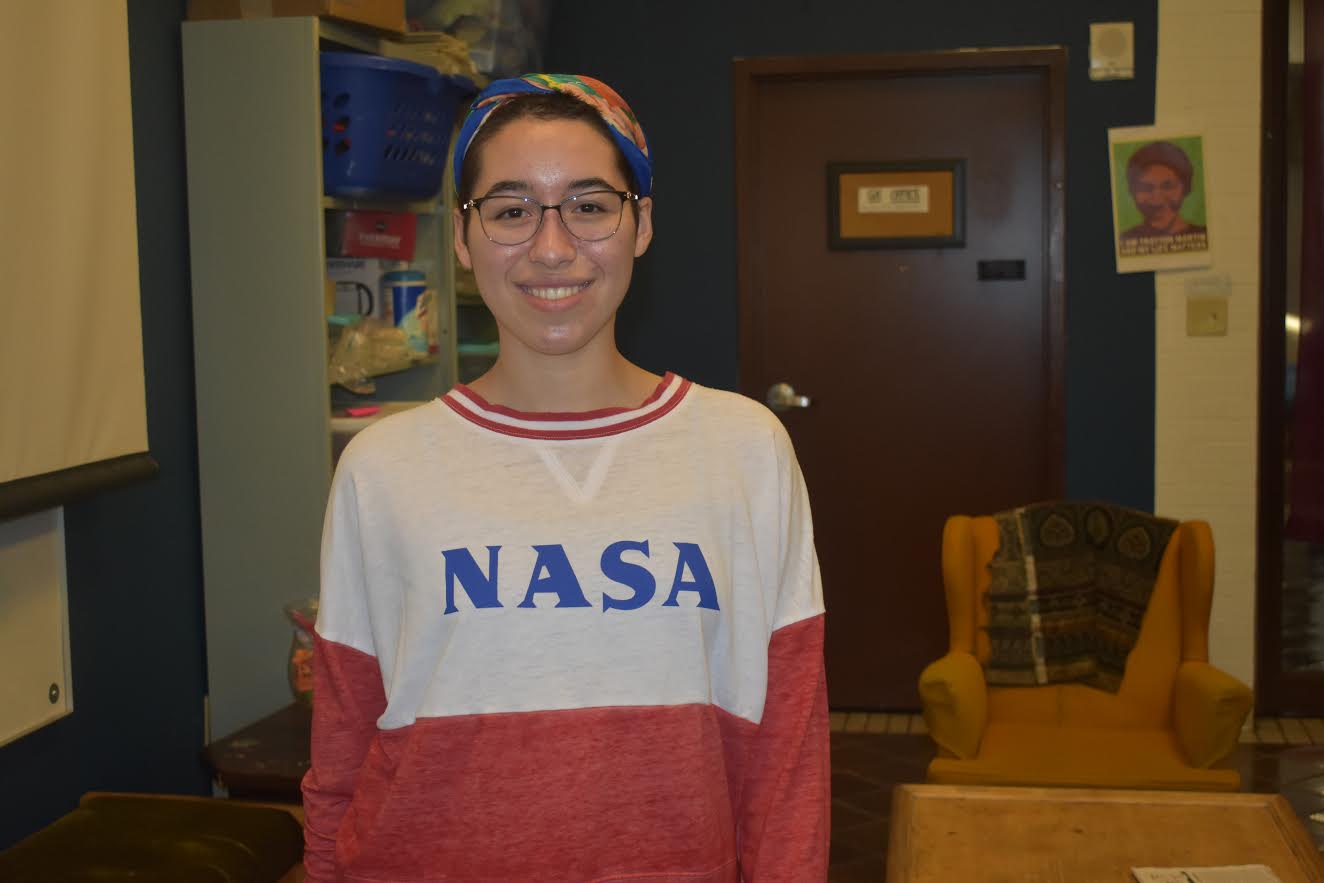 Courses at New College are known for their academic rigor, but students with attention deficit hyperactivity disorder (ADHD) can have trouble focusing in class, staying organized and completing assignments on time. The new Assistant Director of Student Disability Services (SDS) Joe Mayer, who has ADHD and other learning disabilities, is an advocate for disability awareness and wants to help students connect with campus resources.

The DSM specifies that several symptoms must be present before people are 12 years old. Mayer recalled that he noticed the onset of symptoms around second grade.

“I had a hard time getting organized growing up,” Mayer said. “As I got older, I had a tougher time writing papers.”

Mayer was not officially diagnosed until his forties, after his oldest son was diagnosed in second grade.

“That’s when I began to think I may have it as well,” Mayer recalled.

Unaware of his ADHD, Mayer struggled throughout school and did not use any of the academic accommodations that may have been available.

“I began a graduate program in zoology in the 1990s but later withdrew from the program at the end of the second semester after struggling academically,” Mayer said. “In hindsight, I think that not properly understanding that I had ADHD, or knowing what academic accommodations might have been available to me, likely played a role in my initial graduate school struggles.”

In the fallout of Mayer’s hopes to study zoology, he pursued a master’s degree in clinical social work at the University of Missouri. He went on to pursue work in Veteran’s Affairs soon after. Since then, he has remained working in disability services, hoping to eliminate the stigma surrounding disability, whether mental or physical.

New College is home to many students with ADHD. Some students choose to take advantage of offered accommodations, while some shy away from it, fearing the process is complicated or their problems are too minor. Other students choose to deal with their conditions without additional help.

Second-year Elliot Green from Destin, Fla. came to New College to pursue marine science. He has been diagnosed with ADHD since age six, but chooses not to use any arrangements for his struggles.

“It does affect my academic ability,” Green said. “I find that if I take medication, it’s easier to focus. I’ve used medicine since I was seven, but now I find myself taking it during the harder weeks or when I know I need to focus.”

Green has never personally looked into the offered accommodations, as he feels content with his current state. However, he recognized how they can benefit other students.

ADHD is not the only mental disorder that affects educational performance. First-year Corinna Carroll copes with generalized social anxiety disorder and clinical depression. Additionally, a psychiatrist has suggested that Carroll may have an attention related-condition, but she has not been given an official diagnosis.

“I struggle with finishing things on time, mostly,” Carroll said. “A simple short response question could take me up to four hours to complete at home. I do consider myself a good test taker, multiple choice questions are not often an issue. It’s writing that often throws me off.”

Through the stress of entering college and dealing with her mental obstacles, Carroll has an emotional support animal (ESA) that she can look to as a companion.

“My mental health can often hinder my ability to do things, such as getting out of bed alone,” Carroll said. “My cat might not be the perfect motivator, as sometimes she refuses to sleep with me, but she does the best job she can. Getting my ESA was a bit of a process. It does require an official diagnosis, and a lot of documentation. I made a lot of calls over the summer to make sure I’d be able to bring her along.”

Aside from her ESA, Carroll does not use additional services offered on campus.

“As far as academic accommodations, I’m not entirely sure what would be helpful for me,” Carroll said. “The process would likely be a lengthy one, being that I do not have a pre-existing diagnosis of ADHD.”

The Director of Student Success Programs and Case Manager Regina Rodarte can offer advice to students who feel they have an undiagnosed condition, and may need corresponding accommodations.

“We give students options for where they can go to get a diagnosis, with insurance considered,” Rodarte said. “I can call providers and receive quotes of their selected price ranges, whether it be in Sarasota or in their home town. Joe or I will be happy to walk students through step by step on how to get what they need.”

Finances can be a prominent issues for students looking into not only accommodations but diagnoses. Even if a student is pre-diagnosed with a condition, certain providers will require retesting. For example, if a student has autism spectrum disorder, they will need to be retested if their previous diagnosis was before the age of 16. This can prove to be a challenge for some students and some may abandon the effort.

Mayer does admit that SDS has room for improvement on making the accommodation process easier for students and wants to improve the online forms.

“I want to make the online format more clear for students to navigate,” Mayer said. There are several request forms depending on the type of disability at hand. However, getting from point A to point B proves to be a bit confusing without additional guidance. I want students to recognize what steps they need to take in terms of obtaining the necessary documentation and the ability to do this in a more efficient and streamlined manner.”

One student on campus has utilized the available accomodations for her ADHD the majority of her time on campus. Thesis student Arianna Rodriguez has worked with SDS since her first year at New College.

“In my first year I was struggling in all my classes,” Rodriguez said. “I began taking medication and soon realized that I needed additional help. I wasn’t finishing any of my exams on time despite how fast I worked. This helped me recognize that I should try accommodations.”

Rodriguez was diagnosed in first grade and initially received accommodations in elementary school.

“I moved around a lot as a kid, so it was hard to keep up with enforcing these,” Rodriguez said. “Luckily, I still had this paperwork available and was able to use it to get my accommodations in college.”

Her current accommodations allow her to take exams at the SDS testing center with additional time.

“My ability to complete research and do well on assignments are not affected by my ADHD and can not be tested in an exam,” Rodriguez said. “Exam accommodations allow me to be at a fair level with everybody else and not be counted out.”

She said that throughout her first three complete years, New College has never requested a strict format for diagnosis letters. Her professors have all been very accepting of her needs. Rodriguez does not think any student considering accommodations should be afraid to try it.

Mayer wants each and every student to be looked at as a person, and not a person with a disability. He wants to make campus as comfortable as possible for students who need additional help.

“I’d like students with disabilities to know first and foremost, that they aren’t alone,” Mayer said. “I want to offer them hope that, despite having a disability or disabilities, they can be resilient and successful. I believe in listening to people and providing a validation to their concerns. I want to help them learn skills in self-advocacy related to their disabilities, because they likely will have to use those skills once they graduate from New College and move on to future endeavors in their lives.”