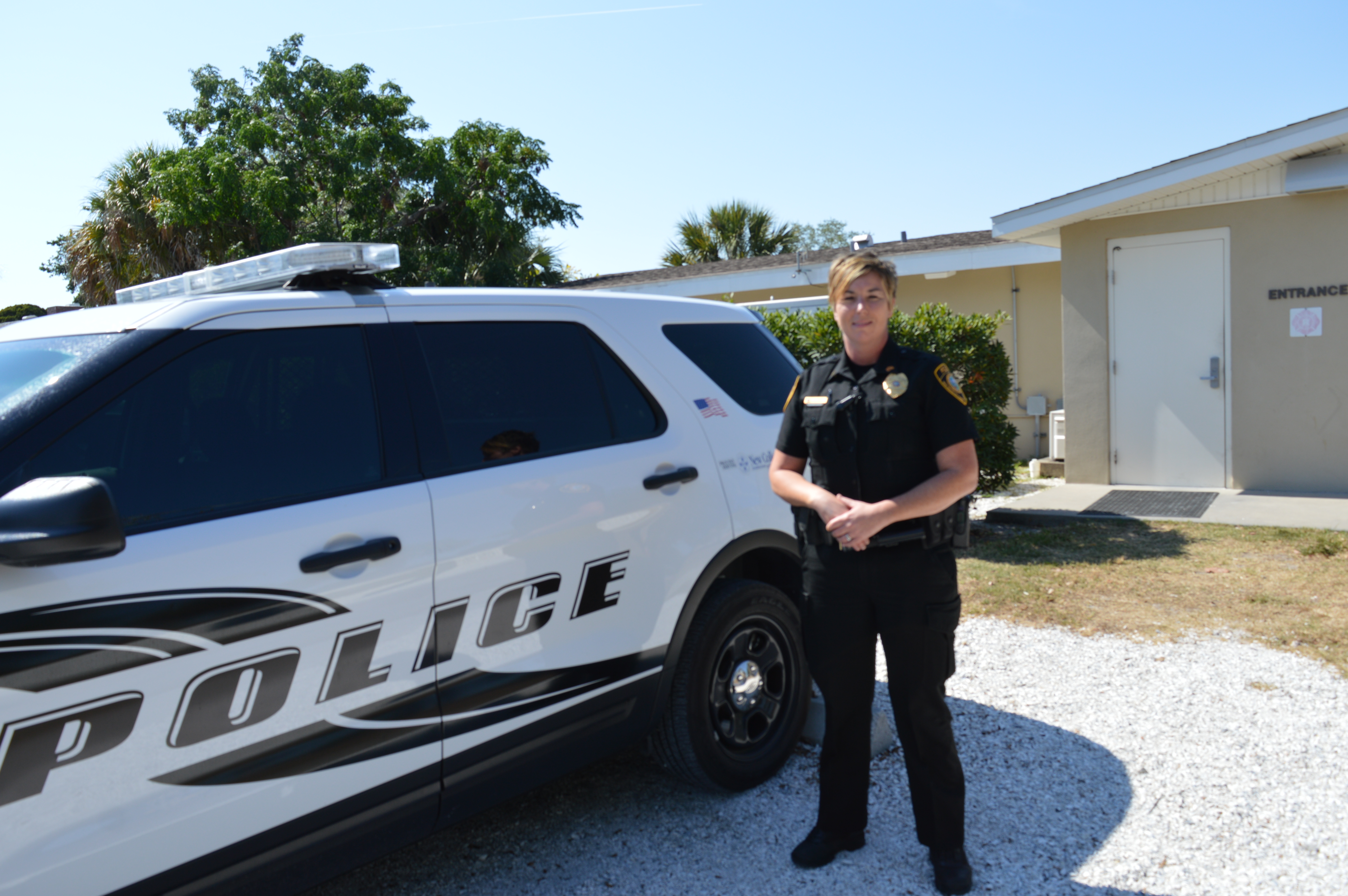 Jennifer Coley originally wanted to be a police officer so she could help people, and as the first woman to be promoted to Sergeant on the New College Police Department (NCPD), she may be closer than ever.

“I like to help people,” Coley said. “Especially here on a college campus, where you can develop relationships not just with your co-workers, but with this community.”

Originally from Connecticut, Coley completed her training at the South West Florida Public Safety Academy in Ft. Myers. Coley has been a part of the NCPD for seven years and was promoted as interim-Sergeant for two years, before being officially promoted to Sergeant on May 7. The promotional process consists of an exam, an oral board interview and a written exam.

“I felt proud and happy, it was exciting!” Coley, who is one of two [femme presenting] police officers, the other being Officer Kelly Fisher, said. There are a total of 10 officers on the NCPD, and Coley now serves as one of three Sergeants.

The NCPD splits their shifts into morning, afternoon and night. During each shift, one Sergeant has to be present. The Sergeant is in charge of overseeing the work of the other police officers.

“It’s my job to make sure that they’re doing their jobs to the best of their ability,” Coley said.

Currently, Fisher takes the morning shift, while Coley takes the afternoon shift. Coley would like to see a third female officer on the midnight shift.

Coley plans to continue the work that the NCPD has already begun with the police department’s accreditation, as well as community engagement.

“There’s been a lot of talk about going through the accreditation process for the police department,” Coley said. “I don’t know if everyone realizes but it’s a lot of work to become accredited. There are lots of different standards that our agency has to meet, as far as training and our policies and procedures. […] In addition to continuing to develop better relationships between the officers and the rest of the community. It’s something that we all want and I think that it’s very important.”

Coley also wants to continue the work she has done with Rape Aggression Defense (RAD) classes, where she serves as the lead instructor. The RAD classes are open to all New College students, as well as those at the University of South Florida- Sarasota Manatee (USF-SM).

“I typically try to do a class every semester, and in addition to that, we do a summer class,” Coley said.

The summer RAD class is set to take place in July. Students interested in taking the course can contact Sergeant Coley at jcoley@ncf.edu, or the NCPD email at police@ncf.edu.