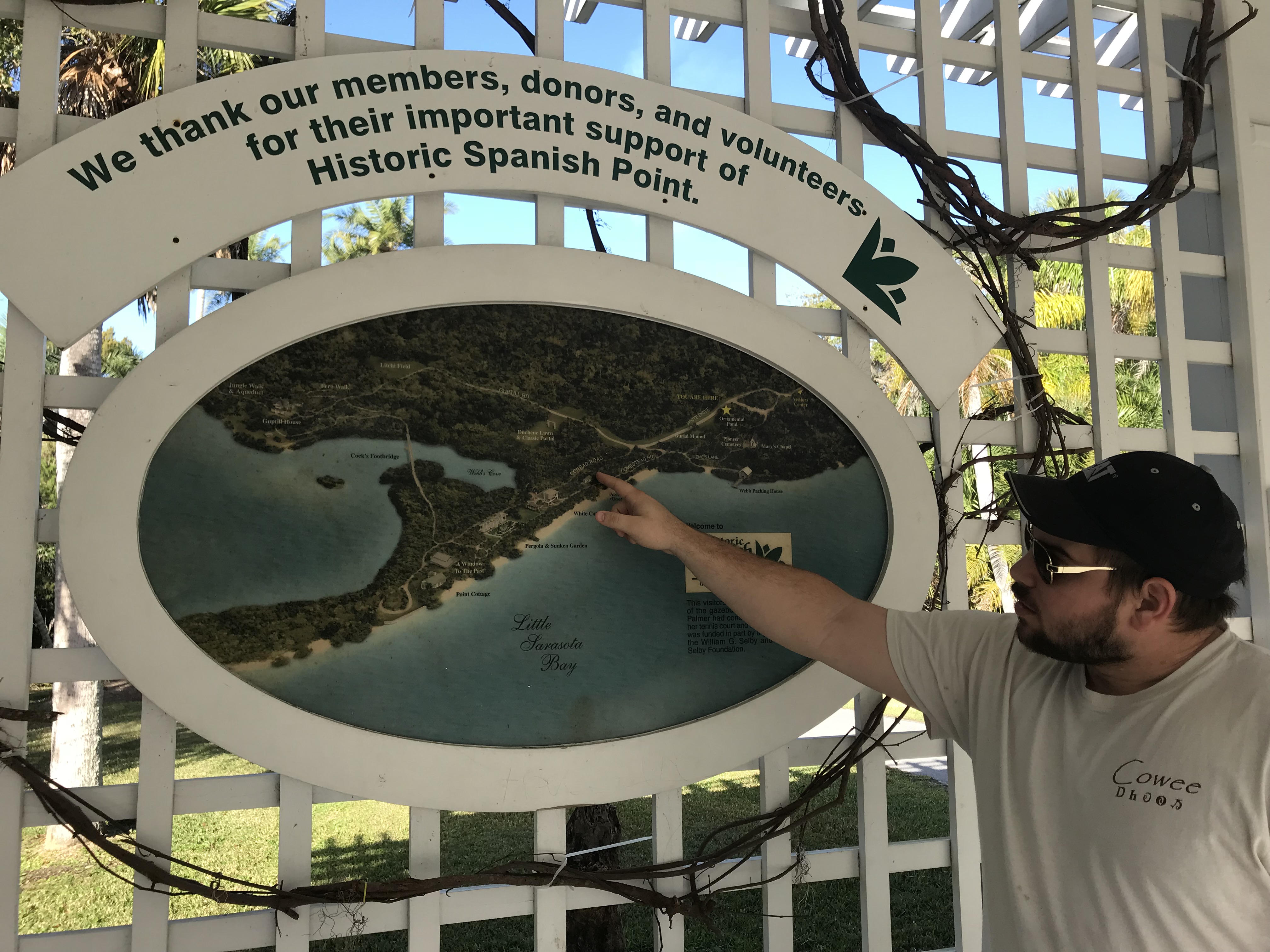 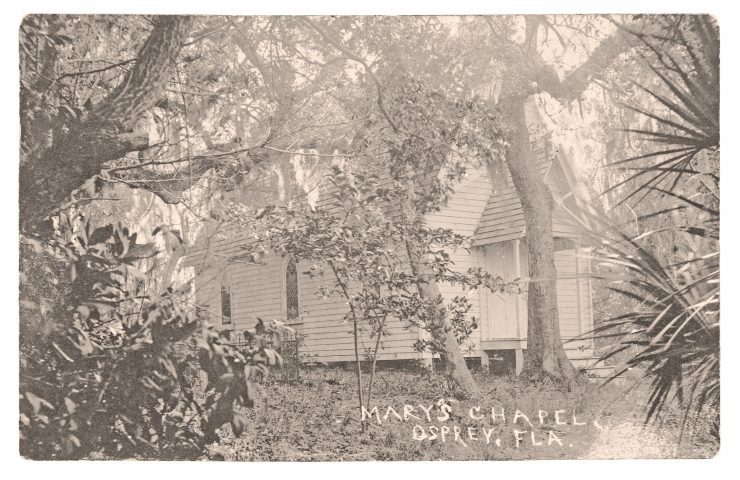 The definition of “Old Florida” is more than what the magazines and newspapers describe. It’s not just quaint fishing towns and hole-in-the-wall seafood restaurants. It’s more than sepia-toned postcards and big houses with wrap-around porches.

Sarasota Magazine wrote that many have an idea of Old Florida as “the early or mid-20th century Florida depicted on vintage postcards, a land where trailer-park snowbirds competed in shuffleboard tournaments, kitschy tourist attractions featured alligators and seashell souvenirs, and rustic beach bars drew a barefoot crowd. It was a time when life was slow and mellow, orange trees grew in back yards and family vacations included a motel stay where the kids frolicked in the swimming pool.”

This is only one picture of Old Florida.

Old Florida might also be “when Spanish conquistadors founded St. Augustine or the rustic pioneer era of the 1800s when cattle ranches spanned the state,” according to the Sarasota Magazine.

Old Florida is not only the kitschy 60s and 70s, but also the days of the pioneers, the settlers and the indigenous people who came before them, forced off their land by those same settlers and pioneers.

“Old Florida is location and landscapes. But, more importantly, Old Florida is stories, and knowing the stories of the people who pioneered these areas, and the people who lived here thousands of years [ago],” Garrett Murto (‘12) said. “These ancient indigenous people are also Old Florida and [their stories] and being able to tell them and utilizing the landscape and the buildings and the middens to enhance those stories is wonderful.”

A picture of Old Florida emerges at Historic Spanish Point, a stretch of land in Sarasota County that spans 30 acres and 5,000 years of human history. Curator and Education Programs manager Garrett Murto (‘12) took me around the property early one morning.

Historic Spanish Point has organized its history into the three P’s: Prehistoric, Pioneer and Palmer. This one area has been witness to thousands of years of human history, beginning with indigenous peoples who settled the land. 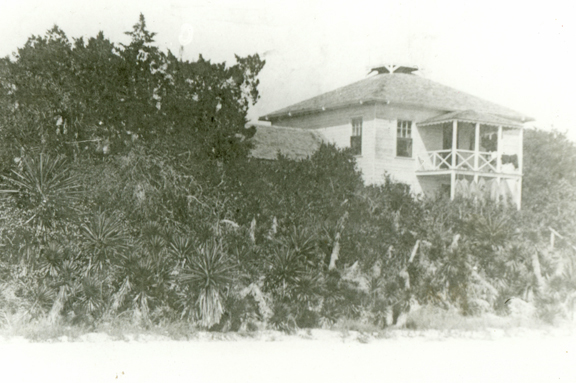 This photograph was taken circa 1885 and shows a view of the White Cottage, shortly after it was completed. (Photo courtesy of Gulf Coast Heritage Association)

“You can’t consider [the indigenous] people to be explicitly Calusa,” Murto said. “The name Calusa, Ais, Timucua, Tocabega, Ocala, all of those names come from the first Spanish explorers. Those names can really only truly be used in reference to the people that were encountered starting in the 1500s.”

Although the time periods are distinct, the P’s overlap each other geographically: indigenous people constructed the middens, which the pioneers built on top of and eventually Bertha Palmer bought the land and created her estate.

One of the middens is estimated to be 4,500 to 5,000 years old, and falls within the Archaic period of American archaeology.

“This midden is a trash pile, something that’s the result of the daily living of these ancient people who lived thousands and thousands of years ago,” Murto said.

As they harvested shellfish, it allowed them to build up a 10 foot hill that traverses the property in the shape of an ‘U.’ According to Murto, the curvilinear shape for this archaic time period is extremely rare. There are only around 80 other discovered sites in the country so far, all within the coastal Southeastern United States. Of those discovered “maybe half of those are still in existence, that are intact, and incredibly less are available to the public,” Murto said.

The archaic midden site at Historic Spanish Point is impressively intact, thanks to its later owners. In the early to mid-20th century, when the roadways were being constructed across the state, many landowners with shell middens on their property sold their land to developers, because the shell was a great layer to build roads upon. The Webbs, who owned the land beginning in 1867, followed by Bertha Palmer in 1910, never sold to new developers. Bertha Palmer’s relatives would eventually turn the property into a museum, thus preserving the shell middens for generations to see. 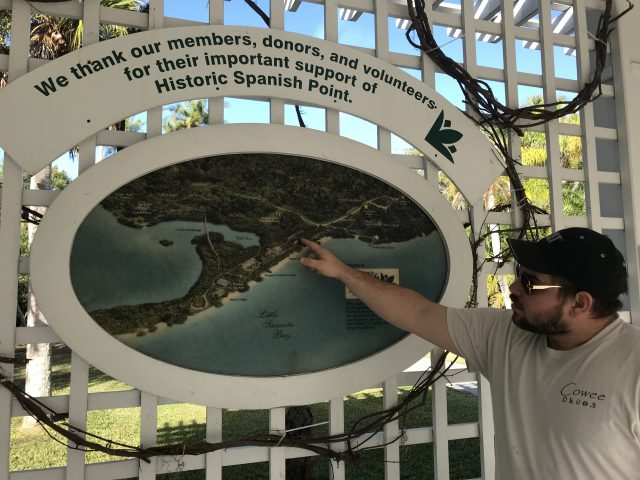 The Webb family was the second American family to move to Sarasota, in 1867, one of the many families that took advantage of the Homestead Act.

Webb is credited with coming up with the name Osprey, the name of the town today. After they moved here, John wanted to have a Post Office on the property, because the Post Office in Sarasota County was too far away.

“The U.S. Postal Service gave him a postal office under the condition that he only use a one-word name,” Murto said. “So he couldn’t use Spanish Point, which is what he’d taken to calling [his land]. So, the story goes, he looked up in the sky and saw an Osprey flying by and he said ‘Huh, that’s a cool name. We’ll name it Osprey.’ And that’s the genesis of the town of Osprey.”

Osprey became the nucleus for development along the coast.

Jack Webb, one of John Webb’s sons, built the White Cottage in 1885. They called the house “the dormitory” and rented out rooms for $35 a month. In many ways, this was the beginning of hotel business in Sarasota. 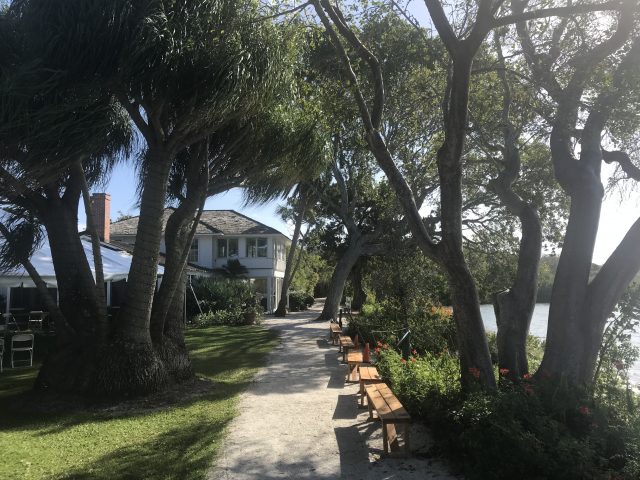 The White Cottage was built by John Webb’s son, Jack, in 1885. (Cassie Manz/Tangent)

Bertha Palmer moved to Sarasota County in 1910, eight years after her husband, Potter Palmer, died. She was a Chicago socialite, and, as fate would have it, an incredible businesswoman.

She lived in Sarasota for eight years, but in that time she managed to build a small empire. Many credit her as being the catalyst for the development of Sarasota. She purchased the land from the Webb family and more land along the bay and built her mansion here, “The Oaks,” which no longer exists today.

“By the time she died in 1918, […] she managed to purchase a quarter of all of the land that is now today Sarasota County and ran a massive cattle ranch and had paid for the development of roads such as Beneva, that we still have today,” Murto said. “She built the infrastructure and created, at least, the vision for Sarasota County that was then continued on after someone like Owen Burns saw the interest in the place by her.”

She was “a woman in a man’s time,” according to Murto. 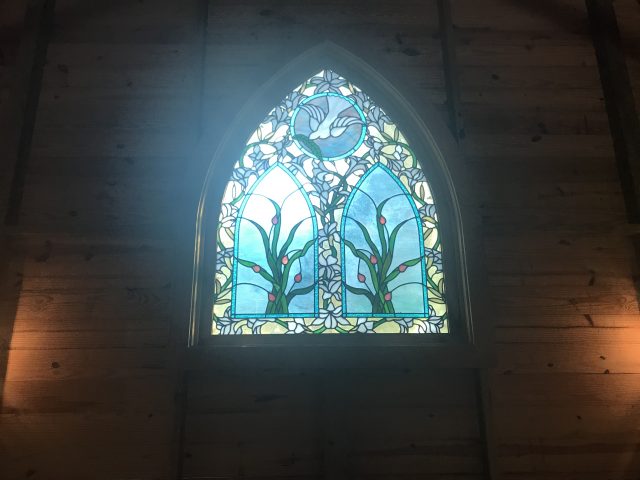 The stained-glass windows in the chapel are the original windows from 1895. (Cassie Manz/Tangent)

Towards the end of the interview, Murto told me the story of the Chapel on the property. Mary Sherrill was one of the guests staying at the White Cottage. She had tuberculosis and her doctor suggested she visit Florida, in hopes the warm weather would help her. She came down in 1892. Sadly, within five weeks she had passed away at the age of 25.

Her last request was that a chapel be built in her honor. One of John Webb’s sons, William, pioneered the construction. William and his team coordinated with her friends and family in Kentucky and her classmates at the New England Conservatory of Music, to raise funds for the chapel, all by post mail. It took three years, but it happened. Murto sees it as one of the first acts of philanthropy in the county.

Inside the chapel, Murto likes to make sure the Bible at the altar is always turned to the page with the verse that is inscribed on the original chapel bell, “”Mary hath chosen that good part which shall not be taken away from her.”

For Garrett Murto, Old Florida is the archaic midden site because “in that one location there, you can see multiple human occupations over thousands of years that all utilized their prior resources to make a new community or a new structure.”

Old Florida is not the idyllic version that most magazines advertise. Old Florida encompasses every time period: not just the 20th century, but all the way back to when the very first peoples lived on the land. As Murto said, Old Florida is the stories of these people and of how they lived together.

“The essence of the human experience of community has existed for thousands of years and you can see that here at Historic Spanish Point,” Murto said.