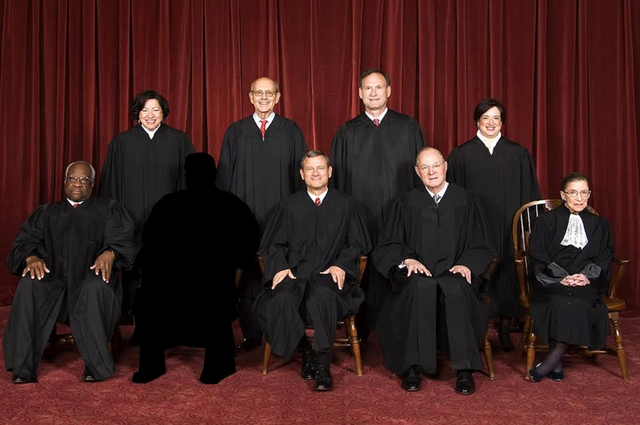 American flags across the country were at half mast. Supreme Court Justice Antonin Scalia died on Feb. 13. Scalia served from 1986 to 2016. His death means that there is now an open spot to be filled on the Supreme Court. President Obama will be able to nominate a successor before his term is up. Since a justice can serve on the Supreme Court for life, this is an important event. Obama has nominated two before, one being Sonia Sotomayor and the other Elena Kagan. The country awaits the president’s choice with bated breath, especially in this time of political change.

“I feel like many people don’t appreciate the gravity of the Supreme Court of the United States (SCOTUS) appointments,” thesis student Raina Nelson said. “But yes, I feel really strongly about Obama taking his last chance to cull radical conservatism in the U.S.”

Professor of Political Science Jack Reilly said that the issue is unlikely to hold anyone up at the ballot. “The average voter is uniformed about the Supreme Court,” Reilly said.

“A lot of people will be talking about it, but probably very little will come from the conversation,” Reilly added.

If Obama does nominate another justice, he will be among the presidents who have nominated the most Supreme Court justices during his term. George Washington nominated the most at 10, but no other president has nominated more than three. With Congress having a Republican majority, the likelihood that the president will not nominate a conservative to the court is promising to those who would be considered more liberal. Presidents usually nominate those whose ideologies align with their own, but in this time of political polarization, it will be interesting to see what President Obama does, and what the reaction of the Senate, U.S. citizens, and even those who are running for the presidency have to say on the matter.

“Both Obama and the Senate have strong incentives,” Reilly said. “The Senate is likely to stall, since they hope to have a Republican president.”

Article III of the Constitution establishes the federal judiciary. Article III, Section, I states that “The judicial power of the United States, shall be vested in one Supreme Court, and in such inferior courts as the Congress may from time to time ordain and establish,” The website for the United States Court states. “Although the Constitution establishes the Supreme Court, it permits Congress to decide how to organize it. Congress first exercised this power in Judiciary Act of 1789. This Act created a Supreme Court with six justices. It also established the lower federal court system.”

Reilly explained that Obama would likely nominate a middle of the road moderate, in hopes that the nominee would make it past the Senate. Reilly also said it is the Republicans’ hope that they will have a Republican majority, as well as a Republican president within the year. Therefore they could come to a Republican consensus on who could replace conservative Scalia.

The process has several steps. These steps have been laid out in the United States Constitution. Although the president does have a great responsibility in nominating a justice, checks and balances lead to Congress having to approve the nomination for it to go through. The nominee and his or her witnesses are required to stand before the Senate Judiciary Committee and answer a series of questions. If the committee approves, then the nomination can move to the full senate to be voted on.

When a president is sworn in, White House staff prepares profiles of potential justices, in the instance that the president would need to nominate one justice or more.

During his 30 years on the court, Scalia was often on the opposing side of what the majority of the court had decided. He disagreed with the upholding of the Affordable Care Act and the affirmation of Roe v. Wade. His dissents will forever be remembered due to their intense rhetoric. Scalia was a proponent of looking at the constitution as a way to make legal decisions.

Scalia defined himself as a originalist. This means he thought the constitution should be understood in the way it was meant in the time of its creation. This ideology focuses very strongly on the original text of the constitution. His focus on history led to strong opinions on modern cases. This is s commonly conservative idea, one which Justice Clarence Thomas shares.

Many conservatives would appreciate having a true conservative to replace Scalia, but Obama is likely to nominate a moderate. Although, it is not likely that Obama will be able to nominate justices who are as liberal as the two justices he chose in the past. Republicans will likely try to stall the process as long as possible.

“[Scalia] used his power as a Supreme Court Justice for his own neoconservative agenda under the justification of being a constitutional originalist,” third-year Kasia Burzynski said.

Burzynski expressed that she was glad he had passed, but she also stated that she did not understand why people were very hopeful, since Congress still has to approve any nomination by Obama. As of now, Congress has a Republican majority, and there has been constant pushback to plans Obama has put forward.

“I do not even know if someone like Sotomayor would be approved this time around,” Burzynski said.

“Every single Grand Ole Party (GOP) candidate has vowed to repeal Roe v. Wade,” Nelson added. “They can’t have the power to throw the SCOTUS.”

Not everyone is excited that Obama is going to exercise this specific presidential right.

“I heard someone comment that the president should wait and let the next president elect for the space that Scalia’s death left,” alum Bailey Peterson (’12) said. “That seems absurd.”

Peterson said that this comment was made and responded to even before Scalia’s body was processed.

“[SCOTUS] literally has the power to legitimize or delegitimize our laws,” Nelson said. “And by extension entire schools of thought and cultural practice.”