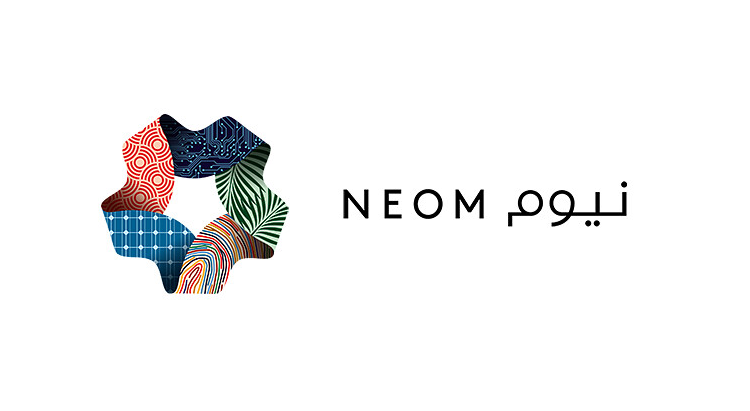 The logo for NEOM or The Line, part of Saudi Arabia's Vision 2030 reform. Photo courtesy of Flickr.

The future progression of civilization seems to be on a quite linear path, or at least quite literally a linear city in Northwest Saudi Arabia with claims that it will run on one hundred percent renewable energy. NEOM, as the city is called, was unveiled in 2017 by the Saudi royal family as part of the Vision 2030 reform plan to help add diversity to the Saudi economy away from oil. This extremely large project has caught the attention of many considering how ambitious it is.

From the front page of the NEOM website, they speak about their goals which presents an idealistic message about the future of societal organization: “THE LINE is a civilizational revolution that puts humans first, providing an unprecedented urban living experience while preserving the surrounding nature. It redefines the concept of urban development and what cities of the future should look like.”

That is quite an ambitious goal for the Saudis; after hearing the proposed dimensions and capabilities, the plausibility of this project within the projected time-frame and its eco-friendliness declines.

Concerning the construction of The Line, it will be built in modules and will slowly be able to accommodate more people as the construction continues. The current timetable for this project is 450,000 people by 2026, two million by 2030, and nine million by 2045. The project will also eventually extend into parts of Egypt and Jordan. The Line will not have any forms of transportation, outside of walking or cycling, besides a high-speed electric railway system ensuring that the railway can reach any part of The Line in 20 minutes or less. Part of the claims of eco-friendliness stress the importance of the lack of cars within the city.

In the face of these claims, many have been quick to show reluctance towards believing that this project will end positively with environmental concerns. A Deezen article quoted Phillip Oldfield, an architecture professor of University of New South Wales in Australia, stating that the carbon emissions and costs of construction of NEOM “will overwhelm any environmental benefits.”

More concerns are being voiced considering the displacement of natives surrounding The Line’s proposed construction sites, along with a track record of over-promising on crown prince of Saudi Arabia Muhammed Bin Soloman’s end. The Howeiat in the Tabuk province of Saudi Arabia are currently being displaced or facing harsh reprisals from the Saudi Government for refusing to relocate or protesting.

A particularly disturbing report from Al Qst, an independent non-governmental organization (NGO) that investigates human-rights abuses in Saudi Arabia, reveals how two Howeiat men were sentenced to 50 years in prison with an additional 50-year travel ban. These peaceful activists were imprisoned, according to Al Qst, “for supporting his family’s refusal to be forcibly evicted from their homes to make way for the NEOM project.” Saudi Arabia’s regime sentenced these men for voicing opposition, the same type of scenario that resulted in the killing of Jamal Khashoggi.

The New York Times provides an interesting take on the history of Saudi Arabia’s long list of expansive and ambitious projects claiming that, “the hubris underlying these proposals” was “nourished by generations of yes men (including well-paid Western consultants).”

Casting further doubts on the plausibility of the project in general, the NYT additionally brought up Saudi Arabia’s past projects saying that “the Saudi landscape is already dotted with failed or abandoned megaprojects.”

NEOM will certainly be interesting to watch as time goes on with the many problems facing the project, such as the impossibility of reaching their environmental goals for the city and the number of native Howeitat living in the projected construction areas of The Line.

To see this project accomplished would be an incredible feat of human engineering, architecture and urban planning. However, the impeccable scope of the project and inconsistencies concerning completion of megaprojects in Saudi Arabia history present the idea The Line will never be completed.