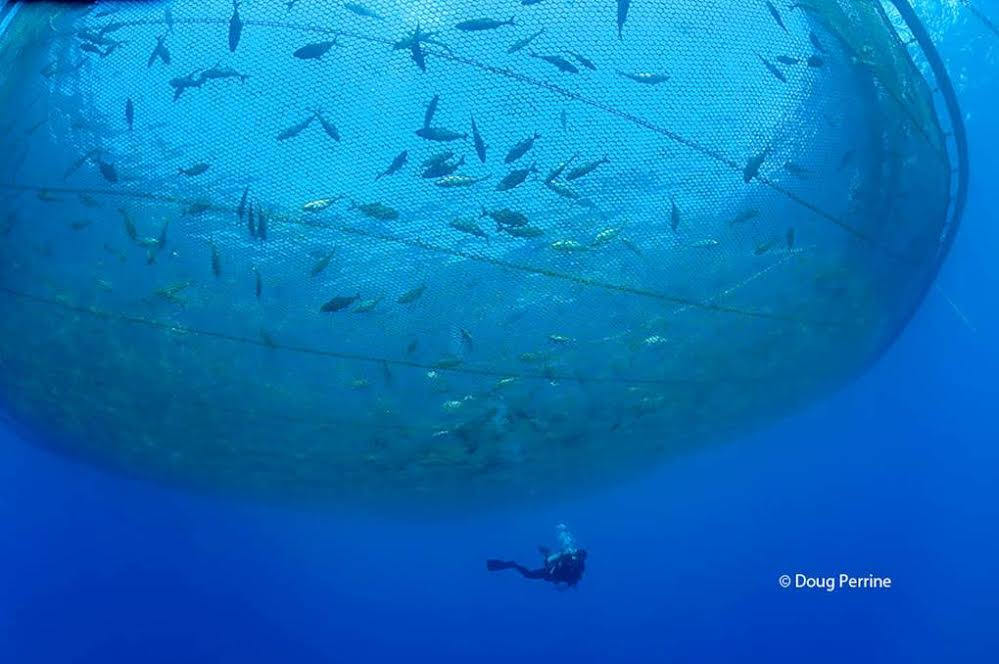 Ninety percent of the fish consumed in the U.S. is imported from other countries. In turn, the U.S. exports around 65 percent of its fish and the global demand is growing. However, the ocean cannot be fished sustainably to meet these numbers. One solution is fish farming. On Feb. 3, however, Sarasota city commissioners issued a letter opposing the fish farming project to the Environmental Protection Agency (EPA).

The pilot project, titled Velella Epsilon, would be located 45 miles south west of Sarasota. The project would farm 20,000 Almaco Jack, which are a native fish to the Gulf of Mexico, in one net pen. Ocean Era, formerly named Kampachi Farms, is a private company working out of Hawaii. It currently has fish pens off the coast of Kona, Hawaii. If approved, this would be the first offshore aquaculture farm in the contiguous United States.

“I think it’s morally bankrupt for us in America to continue to import seafood from elsewhere around the world and expect other people to provide us with the seafood” founder and CEO of Ocean Era Neil Sims said.

The mayor of Sarasota, Jen Ahearn-Koch argues that the ecosystem of Florida’s West coast would have a different response to offshore fish farming than Hawaii.

Along with controversy over geographic differences, issues of nutrient excess from long-term multiple fish farms in the Gulf are at the forefront of opposition in Sarasota. According to Ahearn-Koch, there is already a second offshore aquaculture permit pending. There are concerns of disease and antibiotic use and the excess nitrogen and phosphate produced from feed pellets and fish waste could encourage Karenia brevis (Red Tide).

“The last time Red Tide happened, it cost $94.6 million dollars in damages” Ahearn-Koch said. “If we’re going to even risk a chance of that, why would we do it when there is no public good that comes from it, this is a private company”.

Sims argues that this net pen is only a demonstration. He said the project was not going to be measuring environmental impacts because it was too small to have an impact.

“The purpose of this demonstration pen is to show the local community that this is actually going to be something they’ll love” Sims promised.

According to Sims, aquaculture is more heavily regulated than any other poultry, pork or beef production in the U.S. Sims trusts that with proper monitoring, aquaculture could be one of the most sustainable sources of protein. He entrusts the management and regulations created by the U.S. to keep this project from seriously impacting the environment.

On Jan. 28, the EPA held a public hearing at the MOTE Marine Aquarium for comment and concerns to be raised. The fingerling Almaco jack would be raised at the MOTE Marine until they are ready for deployment to the offshore cages. The Sarasota County Council of Neighborhood Associates (CONA) also discussed the project at their monthly meeting on Jan. 10. Founder of Suncoast Waterkeeper and alum Justin Bloom spoke at both events against farming in the Gulf.

“This pilot project might have some local impact but looking at whether or not to issue a permit, you need to look at the cumulative impact of the proliferation of fish farms” said Bloom.

Suncoast Waterkeeper works to protect Florida Suncoast’s waterways through education, research and policy enforcement and accountability. It also works to ensure that environmental laws are properly followed. This includes which permits the EPA issues and approves.

Right now, Ocean Era is attempting to get a National Pollution Discharge Elimination System (NPDES) permit. In a public letter to the mayor and commissioners of Sarasota, marine biologist Dr. Randy Edwards explains that this permit was not designed for monitoring nutrient excess from a fish farm in the Gulf and would not be sufficient in monitoring its environmental impact. Edwards encourages the community to demand monitoring from an independent panel of scientists that could be accomplished by contacting the National Oceanic and Atmospheric Administration- National Marine Fisheries Service Permits (NOAA-NMFS) instead of the EPA.

At this point, Sims and Ahearn-Koch have not communicated.

Both Bloom and Ahearn-Koch stated that they support sustainable aquaculture, but they both argue that further research and monitoring is needed to assess the effects. However, neither of them believes that the Gulf of Mexico is the place for aquaculture. With a growing population and demand, the complexity of this problem deepens.