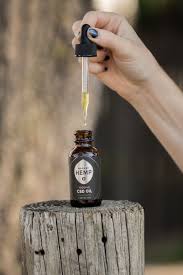 Sarasota loves cannabidiol (CBD)– at least, one would think so given how more than two dozen stores have begun selling the product. CBD can be found for sale from pharmacies to gas stations, and that wide availability has begun to attract the attention of the Sarasota Police Department (SPD). On Feb. 12, the SPD announced that CBD is illegal and is planning to release an official cease and desist on its sale. The letter will demand it be taken off the shelves, and any seller who refuses after a second warning will have their product confiscated by the police directly.

CBD is an extract that can be harvested from cannabis plants. Depending on whether it is harvested from marijuana or hemp, it can have different levels of THC, the chemical responsible for the psychoactive effects of marijuana. CBD itself does not have any psychoactive properties; its popularity comes from its ability to treat anxiety, insomnia, irritable bowel syndrome and pain.

The SPD’s claim that CBD is illegal stems from their interpretation of a Florida statute that claims that the sale of every cannabis derivative, aside from medical marijuana, is illegal.

Despite the SPD’s plan to enforce a stricter policy, State Attorney Ed Brodsky does not believe they will refer any CBD merchants for prosecution.

CBD proponents state that the Farm Bill Omnibus that President Donald Trump signed into law in December 2018 acknowledged the difference between marijuana and hemp, removing hemp’s controlled substance status. Additionally, proponents claim that the state law was only intended to apply to marijuana derivatives, not to hemp products.

“The federal law separated it because it’s not the same plant,” Deborah Gestner, a board member of the U.S. Hemp Roundtable, told the Sarasota Herald-Tribune, referring to the difference between hemp and marijuana. “There’s cannabis sativa and cannabis indica. We’re a sativa plant and they’re an indica plant. They’re different species.”

Florida Agriculture Commissioner Nikki Fried agrees with the SPD that CBD oil is currently illegal under state law. However, she also advocates for that law to be changed.

“It’s not legal here right now,” Fried said of CBD during a press conference. “And that’s exactly what I’m hoping the legislation is going to allow. We’re working with some of the lawmakers so they can change the definition so that we can in fact do a CBD program here in our state to make it very clear.”

Even though the SPD has yet to take official action on CBD merchants, it has already influenced their business.

“People are running into the store to talk to us about it and try it because they heard that it works, and what they’re finding is that it actually does work,” Devon Shoush, owner of American Shaman, said. “They’re buying products.”

Other vendors are less positive about the situation.

“When it comes to my own feeling and emotions and business, it does make me think about how I can best keep my employees employed as well as what my legal rights are,” Shelby Isaacson, who co-owns Second and Seed, told the Herald-Tribune.

“There is no CBD policy on campus as far as policing goes,” Chief of the New College Campus Police Michael Kessie said. “Just like any drug, any substance, if it is illegal [on a state or federal level] it is not allowed on campus.”

Currently, there is a proposed bill in the Florida House that would clarify hemp’s place in Florida as a legal agricultural commodity. House Bill 333, supported by Fried, would place Florida’s policy closer to the federal law. As of Feb. 22, this bill has been referred to the State Affairs committee.

The Sarasota Police Department did not respond to the Catalyst’s request for comment in time for publication.

Information for this article was gathered from heraldtribune.com, boston.com and flsenate.gov.