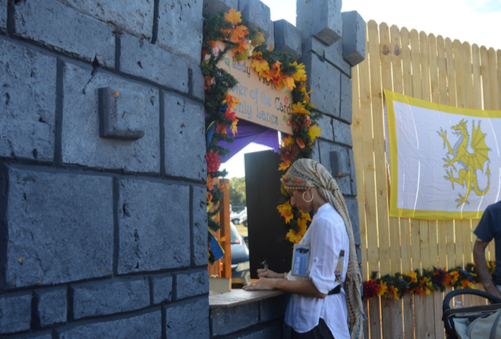 From 10 a.m. to 5:30 p.m., for three weekends in November, you can escape the stress of final papers and ridiculously lengthy readings to enjoy what may be the best thing America has ever invented – medieval and renaissance fairs.

The first renaissance festival took place in California in 1963 and, since then, the tradition has spread across to almost every state as well as some parts of Canada. Florida has a substantial selection of medieval and renaissance fairs throughout the year, most of which take place in the slightly less sweltering autumn and winter months.

For all you Medieval and Renaissance Studies AOCs, this year’s theme is the 1199 siege of Château de Chalus-Chabrol – famous for being the place where King Richard the Lionheart of England was killed via crossbow. Actors participate in a dramatized re-enactment of the event throughout the festival with mild to moderate historical accuracy. (If you’re interested in participating, most festivals hire local actors and students a few months before the event.  Auditions for next year’s festival will take place in August of 2017.)

If medieval history and weaponry is not your thing, medieval alcohol (and craft beers on draft) may interest you. Along with the mead, wine, beer and cider available at one of the many bars throughout the festival, the Sarasota Medieval Faire has added a pub crawl to this year’s festivities.

“This was the first renaissance or medieval festival I’ve been to that I remember, so I really wasn’t sure what to expect,” second year Jason D’Amours said. “I only knew that there would be turkey legs. It was really silly and entertaining. It was nice to just walk around and see everyone in their outfits as they were acting or playing music. I’ve never seen so many bagpipes in my life.”

With 100 booths and 14 stages, the Sarasota Faire has a broad selection of medieval and renaissance clothing, weaponry, jewelry and entertainment.

“Right now we have about four shows going on right now all over the country,” said Donna “Ravyn Lunatic” Davenport, who works at Boss Wench, a booth which sells handmade medieval and renaissance style clothing. “We do renaissance fairs and medieval faires and pirate shows in almost every state in the country.”

Some individuals choose to travel with the faire, moving around the country to participate in different festivals each weekend. Some festivals are single weekend events while others set up for months at a time, a few are permanent with events held year-round.

“I’ve been doing this for thirty years,” Davenport said. “I started out as a patron, just like everybody else, and I used to frequent this booth [Boss Wench] a lot. One weekend they called me and asked me if I could work for them one weekend because they were short on people and, 12 years later, I’m [here] all the time.”