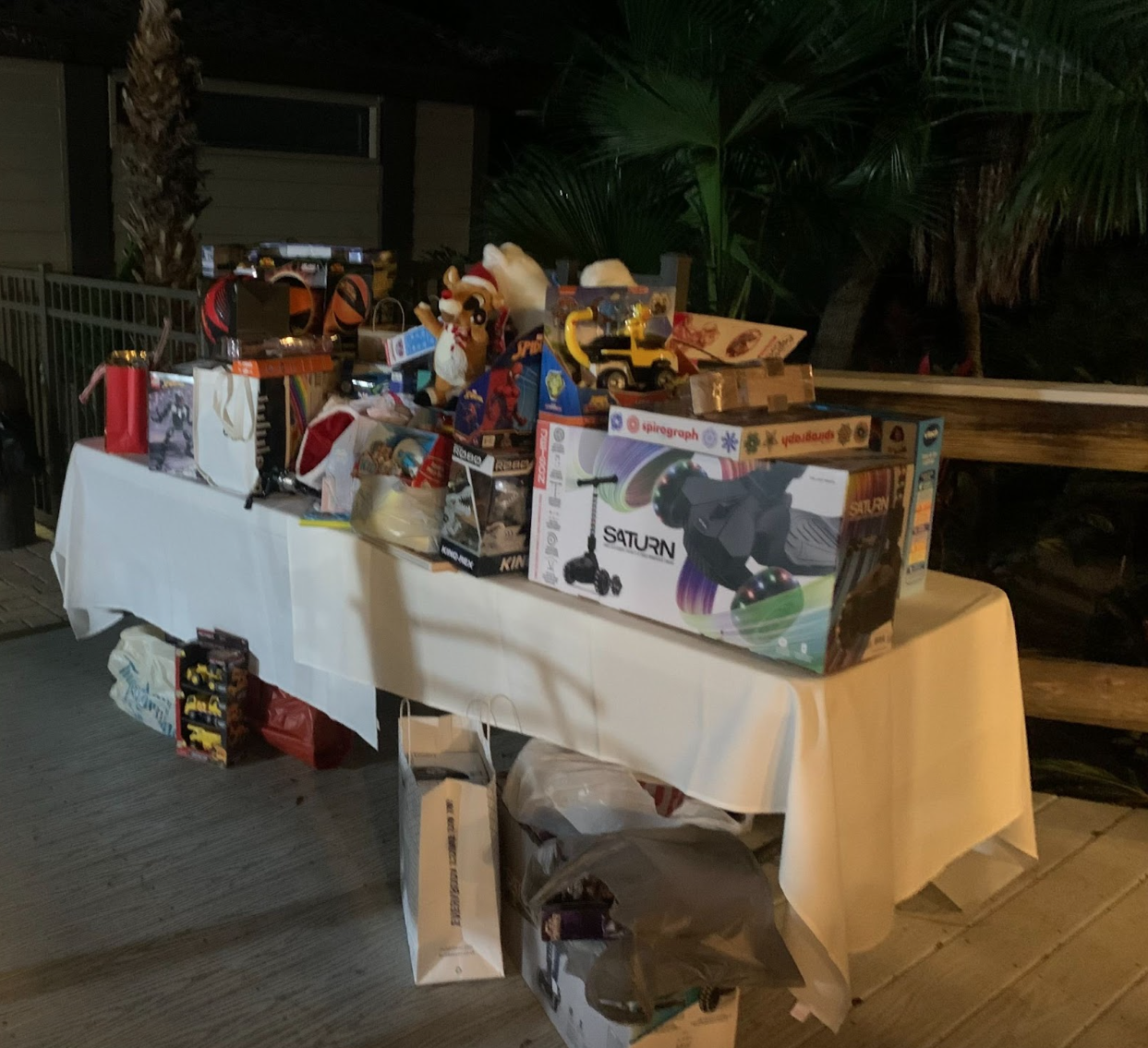 The winter holidays can bring difficult emotions for folks who are struggling, whether it be financially or with loneliness. However, one local organization aims to provide a space to address both of these common holiday stressors. On Dec. 1 at the Meadows Country Club in Sarasota, several LGBTQ Sarasotans and allies gathered to connect, mingle and give back to the community. At the entrance, attendees dropped off new toys to be donated to Streets of Paradise, a Sarasota-based organization which aims to fight homelessness in the community. The toys would later be given to underprivileged children whose families are connected to Streets of Paradise.

The host of the event was SarasotaOUT, which was founded six years ago by Joshua Beadle as a directory for LGBTQ folks in Sarasota. SarasotaOUT compiles LGBTQ-affiliated events and LGBTQ friendly businesses as a resource for locals.

“I moved to Sarasota for a job, and I felt like there was a lot of opportunity to be had,” Beadle said. “I started SarasotaOUT because I wanted to be able to uplift the entire community.”

According to their website, SarasotaOUT aims to “enrich, promote, and unite Sarasota’s LGBT community,” not just through creating a space for LGBTQ Sarasotans to connect but also through spotlighting local organizations. SarasotaOUT pairs with several organizations throughout the year, including Community AIDS Network (CAN) Community Health, ALSOYouth and Blaze of Hope.

The parent organization of SarasotaOUT is Gay Group Happy Hour (G2H2), which hosts LGBTQ Sarasotans at a different venue every month, providing a space for the city’s LGBTQ community to gather and network.

“Sarasota doesn’t really have a place to gather LGBTQ community,” attendee Hector Esteban said. “I think [this organization] is very important because it brings a sense of commonality for people. Growing up in Sarasota, there hasn’t been anything much like this. I wish there were more organizations like this growing up, where there was some place to go, some place to donate. It’s good that it’s around for anyone to be informed.”

“I’m here for the sense of family, the sense of community,” attendee Greg Adams said. “It’s about your chosen family and a sense of acceptance that you often don’t find in your nuclear family.”

“We give back, we work for the betterment of the community, we support each other,” Adams concluded.
Readers looking to get involved this season can make a donation to the local organizations listed on SarasotaOUT’s Giving Season 2022 webpage.