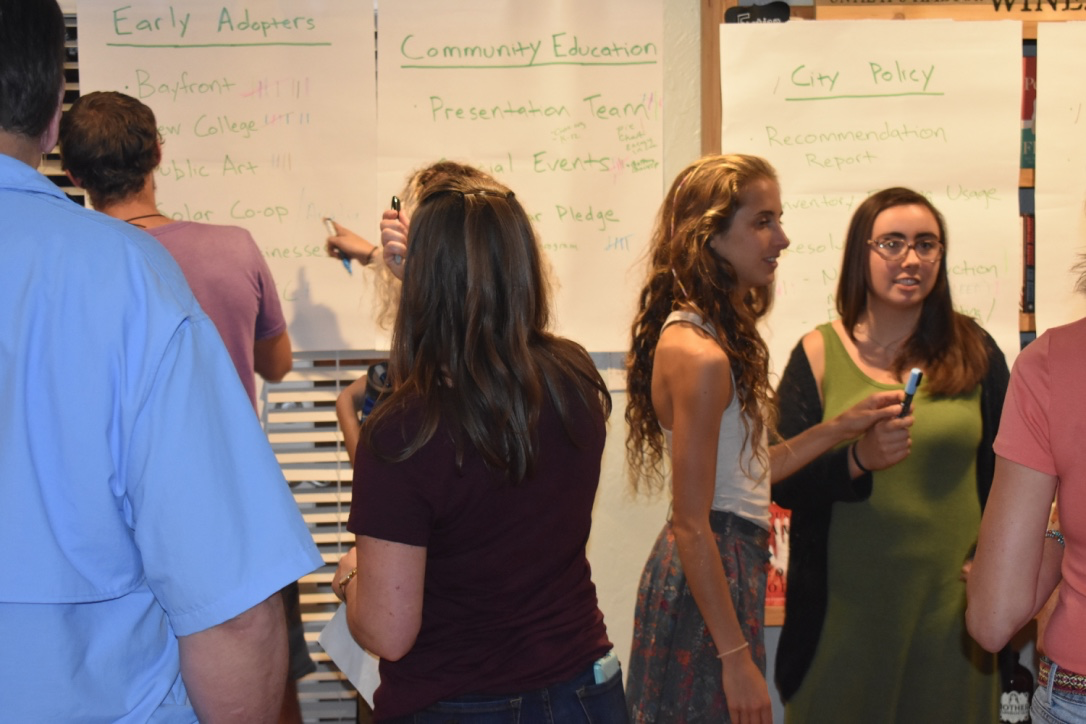 (All photos by Tim Manning)

Movement for Renewables in Sarasota

Earlier this year, the city of Sarasota made a pledge to convert to using completely renewable energies by the year 2030. A contract with FPL means that the target date for a complete residential switch is more conservative–2045–but nevertheless, the city stands poised for radical changes in the way it gets it energy. Communities and environmental activists have their work cut out for them–a pledge far from being a binding commitment and farther from being a clear path–so the onus is on local individuals and organizations to ensure that changes happen.

After being the driving force behind Sarasota’s spring pledge to switch to renewable energies, the Sarasota Climate Justice Coalition had its kickoff meeting at The Reserve this past week. The agenda for the meeting focused on establishing a few points of interest and putting together working commissions of local individuals to drive initiatives forward in those areas.

The underlying theme of the evening was solar. Due to Sarasota’s geography, it represents the most feasible path forward to a green energy future. It also has, in recent years, become a more appealing and popular energy option.

“There’s been a broad outpouring of support because renewable energy is not only cleaner but is now also cost-competitive with fossil fuels. And over the long run, it’s actually cheaper. The economics have shifted dramatically over the past ten years, as has the public’s awareness about the risks of climate disruption,” Sean Sellers, one of the driving activists behind Sarasota’s pledge, said.

But, as a production method that could reshape electricity grids, renewable energy also could reshape the way energy is distributed, lessening reliance on large electricity providers and creating energy networks less likely to crash when put under stress by events like hurricanes.

Sellers spoke about solar’s capacity to do just that, while creating more social equity. 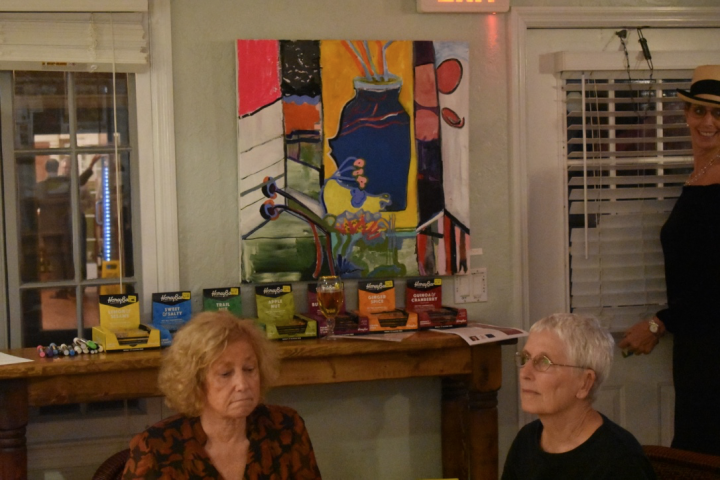 In many ways, Sarasota is ripe for a solar revolution. A Washington Post article recently pointed out that, as opposed to after Hurricane Katrina when only 39 percent of Americans believed that climate change contributed to the force of the storm, 55 percent of those polled believed that global warming contributed to the intensity of this past hurricane season. This change provides the impetus for a response to the hurricanes that would focus not only on recovery, but also on redesigning and renovating infrastructure to be greener and more resilient.

Some benefits of solar have clear and direct impacts on how municipalities fare when hit by natural disasters.

“When paired with smart microgrids and/or battery storage, energy efficiency and renewable energy will reduce vulnerabilities to extended, costly and potentially fatal power outages such as those experienced following Hurricane Irma,” Sellers said.

These steps in environmental action and innovation also have the potential to promote equity. Sarasota, which landed the number the 16th-highest spot on a 2016 list of the United States’s cities with the highest wealth disparity, stands to benefit from that side of solar. 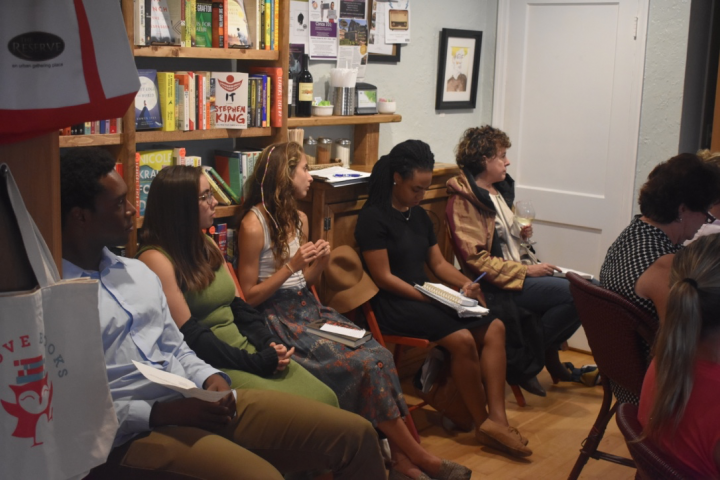 How New College Factors in

A few central areas of focus came out of the meeting. New College, presented as offering the potential for a symbolic victory and a large consumer of electricity in Sarasota, stands as one of the central points of focus for the campaign.

“As one of the biggest consumers of electricity in Sarasota, New College should, as its students are requesting, develop its own 100 percent renewable energy timelines,” Sellers said. “This will help ensure that the school is a responsible steward of its financial and ecological resources as it expands its footprint in the coming years, while enhancing its local reputation as a thought leader and good neighbor.”

At NCF, students have already driven the school towards the goal of 100 percent renewables. Last year, during the construction of the new Heiser building, the Council for Green Affairs (CGA) provided funding for New College to put solar panels onto the building.

Lili Benitez, a second-year environmental studies student who attended the kickoff meeting, believes that the CGA is positioned to push for more changes and progress.

“Going forward into the growth plan, we have a landscape rep who is supposed to be talking with Alan Burr so that Green Affairs is represented. And I know that sustainability is a part of the growth plan,” Benitez said.

However, she acknowledges that even though there have been successes, applying pressure to the administration and those who orchestrate the growth plan will be an imperative part of the process of making New College more sustainable.

“For the New Heiser, we did put solar panels on that […] but in the future, ideally we would have buildings that are predominantly powered by solar.”

As New College enters this period of growth, student pressure and activism will determine whether green infrastructure will occur.