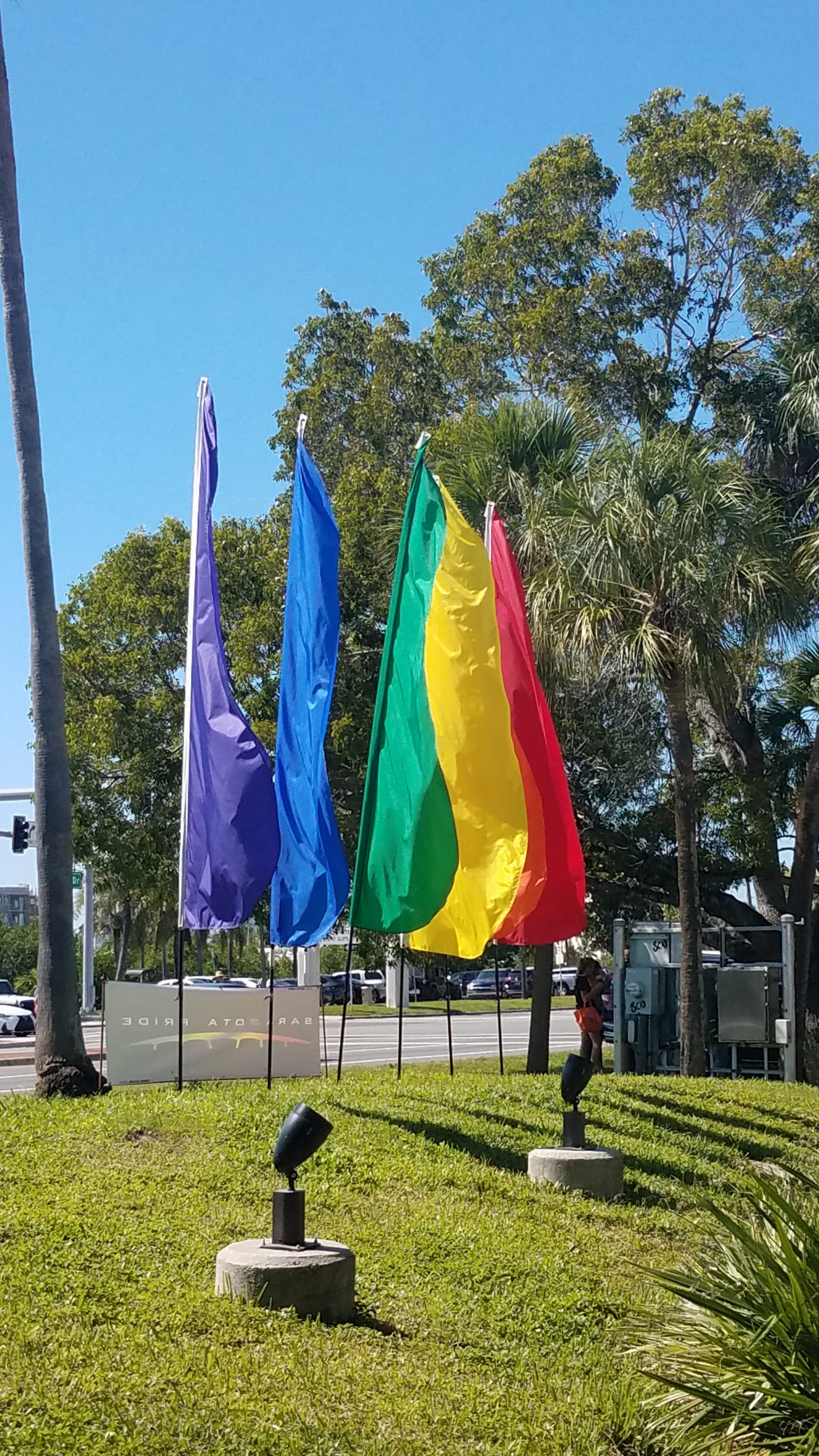 A number of free activities were available to festival-goers. Flag-toting high school students and senior citizens alike lounged in lawn chairs and sat in the grass to enjoy musical entertainment. Live performances featured artists such as pop/rock band The Cheaters and acoustic singer-songwriter duo The Honey Vines.

Undeterred by the heat, several groups dutifully waited at tents and stands around the park, offering free goodies, like stickers and flags, or selling t-shirts and accessories. Vendors spanned from musical organizations like the Van Wezel Performing Arts Hall and the Sarasota Orchestra to firms and banks, including Blackburn Law Firm PLLC and Wells Fargo. Representatives from other Southwest Florida Pride organizations, such as St. Petersburg Pride, Venice Pride and Tampa Pride, also advertised future Pride events. As expected with the upcoming midterm election, several political groups were present. Members of the American Civil Liberties Union (ACLU), Equality Florida and the Human Rights Campaign (HRC) eagerly spoke with festival-goers and urged them to vote and volunteer.

Non-profits also informed attendees of various resources for their sexual health. CAN Community Health, an organization “serving the needs of the HIV/AIDS community in Sarasota,” offered free HIV Testing. NCF Alumna and Planned Parenthood organizer Annie Rosenblum (’14) emphasized the importance of boosting awareness of the services provided by Planned Parenthood at Pride.

“We think it’s really important that the LGBTQ community knows that they have the same access to care that anyone else should have and that our services are LGBTQ-inclusive and LGBTQ-friendly,” Rosenblum said.

“It’s been a fun day so far. There’s a really great range of people, lots of diversity,” Rosenblum commented. “Overall it’s nice to see an event in this town just for the LGBTQ community, a place where people can feel free to be themselves and get access to great resources.”

Representatives of several local religious groups, including the Unitarian Universalist Church, Church of the Trinity, First Congregational Church of Christ and the Buddhist Kadampa Meditation Center were also present.

“We believe that Jesus stretches out his arms of love to everyone and we want to be here to express that love to everybody in Sarasota from St. Boniface Church,” Reverend Wayne Farrell, rector of the parish, said. “The Episcopal Church respects the dignity of every human being and we want everyone to know that they’re loved and respected.”

As the sun set over the Sarasota Bay, vendors began wrapping up another successful Pride Fest. Hundreds of LGBTQIA+ community members and allies enjoyed a fun-filled day of Pride.