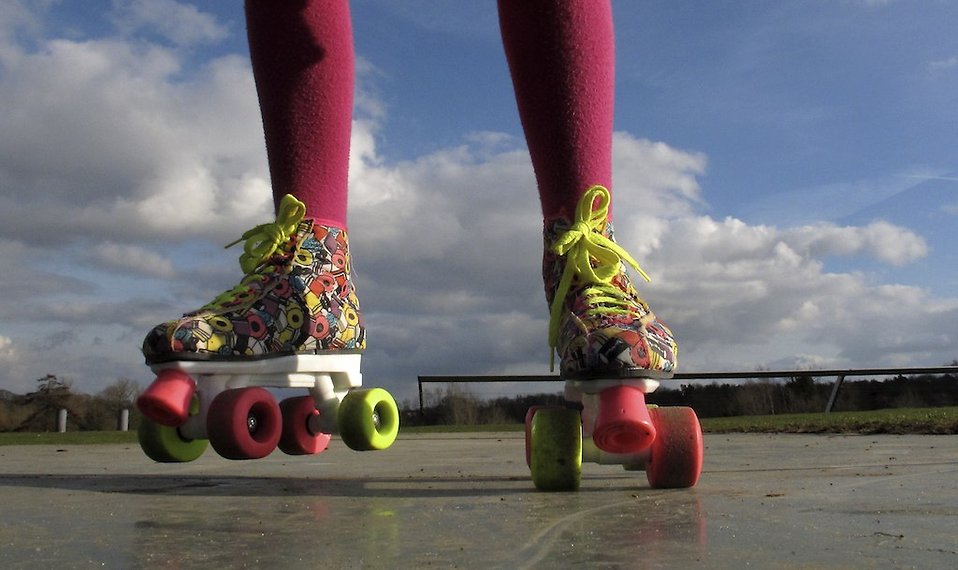 Every Tuesday night after the tennis club leaves the courts, a varying group of students glide onto the smooth concrete floor to practice their roller skating skills. Around 8:30 p.m. the lights turn on to illuminate the different skaters.

The student skaters come from all different skill levels. Some patiently practice new skills while others zoom into speed skating around the court.

“It’s a good way to take a break because it requires enough concentration that you can’t think about being stressed about things while you do it,”Aiden Juge, thesis student, said. He first initiated the weekly skate nights on the Forum.

Many people have a first-time skating experience as children, with skates that did not fit or childhood injuries that spark memories of the somewhat absurd sport of strapping wheels to your feet.

The world of rollerblading, however, branches away from the scrapes and bruises of being a kid. By honing technique and trying new tricks, skating can become therapeutic.

“When I got into college, I really wanted to skate again because it looked like so much fun. The rollerblading community online and in person are very nice, so it didn’t feel like there was pressure,” thesis student Arianna Rodriguez said.

To combat stress, be it from thesising or the mere routine of existence, join the other skaters Tuesday nights at 8:30 on the tennis courts.