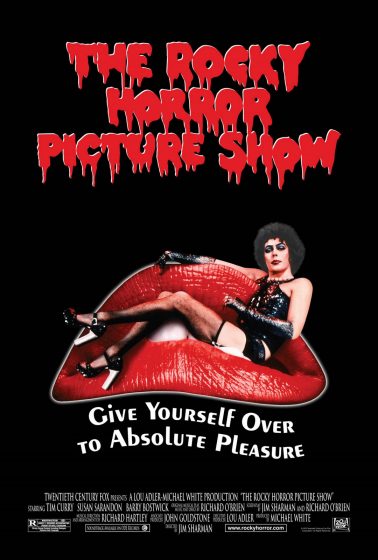 Individuals decked in an assortment of Halloween costumes slowly trickled into HCL 8 last Friday night, lipstick smeared on their cheeks in preparation for the upcoming “virgin games.” Yes, alumni weekend has come and gone, along with the yearly revival of Rocky Horror Picture Show.

Though there were some minor technical difficulties, many of those who attended left entertained.

There was an eight person shadow cast, most of whom were New College students covered in garishly applied makeup and wild wigs. The emcee was rousing and performed his job well and without stop.

“I am really excited. I’ve been watching the shadow casts since I was a first-year,” thesis student and shadow cast member Amanda Bragg said before the show started.

The first game consisted of only those who had never seen Rocky Horror before. Individuals had to affix a Twinkie to their favorite body part. Their partners then had to eat the Twinkie off of that body part without using their hands. The crowd voted on their favorite pairing.

The games increased in intensity and hilarity as they went on. All crowd members were allowed to participate in the second game, in which groups of two or three performed original sex positions generated by the crowd. They included names like “the space llama” and “the eco-friendly light bulb.” Again the crowd was asked to vote.

To finish off the games, the annual make out contest was brought back. It was exactly what it sounds like, loud, cheerful, exaggerated public make-out sessions.

After that, the rules of Rocky Horror Picture show were declared, the lights dimmed, and the classic fun began.

The showing was typical of Rocky Horror performances. Audience participation was required. There was enthusiastic clapping, drumming and loud critiquing. The audience sang and rose together for the required group performance of the Time Warp.

Over 60 people were in attendance. Current students mingled with recently graduated alumni as well alumni that have been graduated for well over 20 years.

While not everyone’s cup of tea, the Rocky Horror Picture Show provided two hours of constant engagement and escape for either those with nothing to do on Halloween or those who were just waiting for the fun to start.