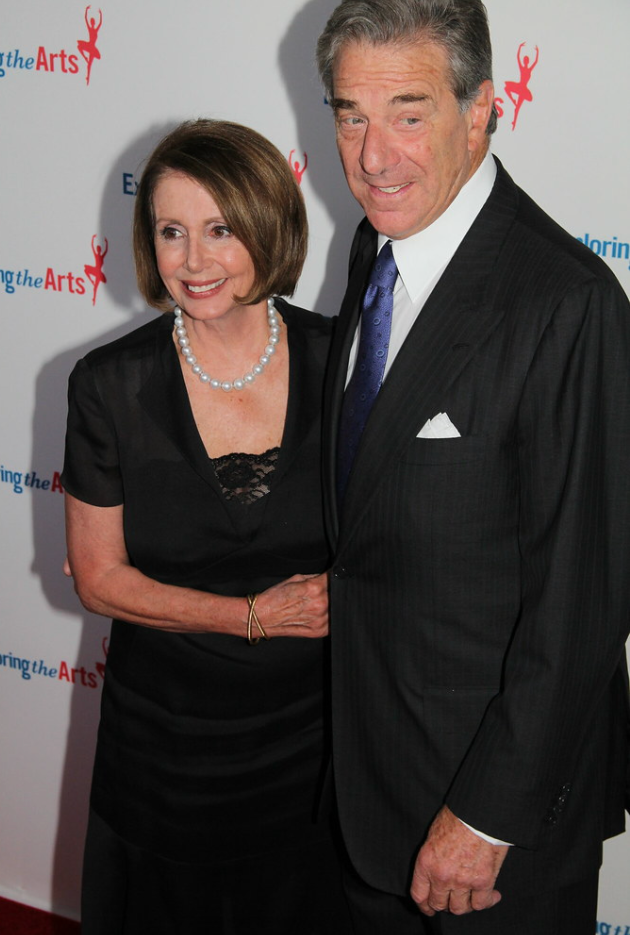 Speaker of the House Nancy Pelosi and her husband Paul Pelosi photographed in 2011. (Courtesy of flickr.)

On Oct. 28, David DePape, suspected of being a far-right fringe theorist, broke into the home of Nancy and Paul Pelosi and, looking for Speaker Pelosi, found her husband and beat him with a hammer. The story is a strange one—and indicative of a broader, disturbing trend of right-wing political violence that the Republican party seems unwilling to truly reckon with.

The details of the attacker are odd, to say the least. DePape is a Canadian citizen in his early forties—not exactly a homegrown American activist. He had spent much of the early 2000s affiliated with the Green Party, and was heavily involved in the nudist movement. In the mid-2010s, it seems that this changed. He was exposed and began spreading increasingly outrageous far-right conspiracy theories from GamerGate to Pizzagate to Holocaust denial. DePape was increasingly unwell as he shifted away from the far-left politics of his twenties to a brand of rampant bigotry and conspiracy—guided by his online radicalization and anti-government beliefs.

DePape saw himself as an heir to the American founding fathers, investigators say, when he first broke in. He traveled up to the third floor of the house and woke Paul up, demanding that Paul take him to Nancy. Upon hearing she wasn’t home, he decided to wait. DePape allowed Paul to go to the bathroom, where Paul called 9-1-1 and spoke to DePape while the line was open. This allowed police to send a wellness check to the Pelosi home, where they would watch as Paul opened the door and was then bludgeoned by DePape. DePape was rapidly captured, and Pelosi was rushed to the hospital. Investigators found equipment for kidnapping and torturing Speaker Pelosi, as well as a list of other potential targets.

In the weeks after the attack, the position of Speaker Pelosi is ever in doubt, and the nation confronts an increasing risk of right-wing violence perpetrated by online, fringe lunatics.

Speaker Pelosi has long been suggesting her retirement from politics, and many younger Democrats have been eyeing her position—in fact, they have been eyeing it for so long many of them are no longer “younger” Democrats. Some suggest that this might be the time for her to step down from politics, considering her age, and how uncertain it is that she will remain Speaker for very long. There is precedent for this—after the 2011 attacks on Rep. Gabby Giffords, wife of Senator Mark Kelly, Rep. Giffords retired from politics. Though, some worry that if she steps down now, it will send a disturbing message to the fringe right—that Democratic politicians can be attacked and intimidated into stepping down.

This says nothing of the real risk of an uptick in right-wing political violence from sources we don’t expect. DePape was not even a U.S. citizen—he was just an unwell man, mobilized by extremist online discourse.

While there’s always been political violence in America, the shift in recent years has been noticeable. Those progressives most inclined towards political violence are not at all associated with the Democratic party—most disavow it, both ideologically and on principle. Right-wing political violence, on the other hand, sees the opposite problem. Those at the Jan. 6 Insurrection, for example, were men with jobs and children who deeply identified with the Republican party. This radical, aggressive thought has become increasingly intertwined with Republicans, as the party leaders do little to dissuade it, make absurd claims of its origins or even tacitly encourage it, with some Republican politicians making jabs at Pelosi over the attack.

DePape is much more of a classic actor, in terms of political violence, but the mobilizing force stayed the same. Online conspiracies like PizzaGate, increasingly elaborate and outlandish “culture war” arguments over comic book movies and plain old bigotry all played a part in mobilizing all of these people towards radical political violence, leveled against the Democratic party.