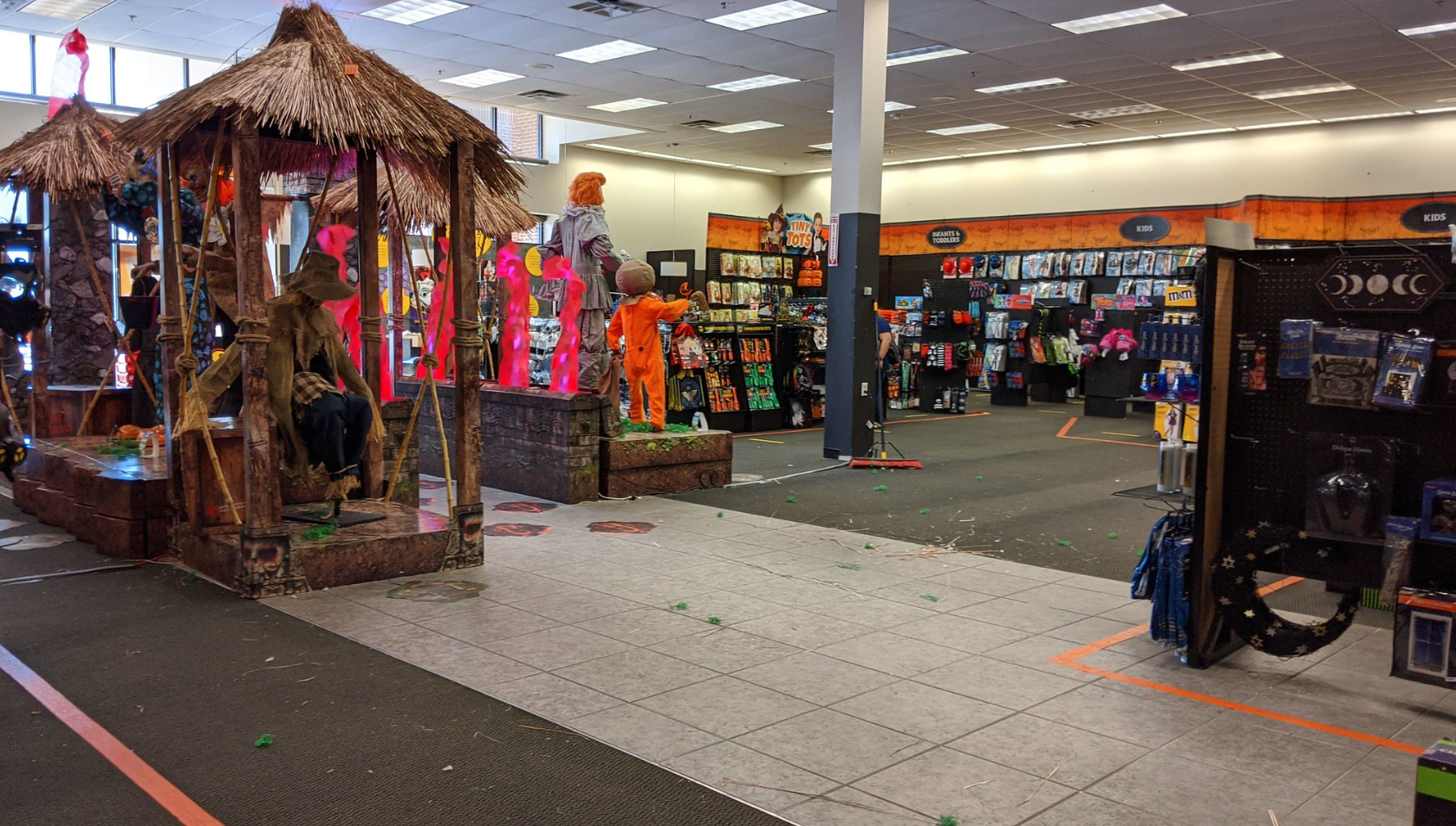 An interior shot of a Spirit Halloween pop-up shop. (Courtesy of flickr.)

Every year, for a block of about six months, just about every shopping center and mall and grocery store is flooded with seasonal treats, from Halloween to Easter. This isn’t a bad thing in and of itself, but for retail employees, it’s started to serve as the hallmark for a much more frustrating period—the clean-up.

Americans are no strangers to overconsumption—there are studies nearly a decade old that indicate that we throw away about half of the food we don’t eat. And as larger chains increasingly avoid donating food, this begs the question: Where does all the leftover Halloween go?

Some of it is moved to clearance, but after that, it doesn’t matter if it’s costumes, candy or decoration, it’s probably getting destroyed. Big retailers won’t donate excess stock—and since we’re well into a recession, they’re accumulating a lot of it—for fear of it damaging their brand or being sold by competitors, taking away their business. They can’t hold on to an extreme 10 aisles worth of ill-fitting, mostly plastic Halloween costumes and candy wrappers, so while some might get holed away in the back or sit on clearance for a while, most of it is just getting destroyed.

So next time you go shopping for some festive dorm decorations, make sure you look for something that’s not going to be in the landfill three weeks later.