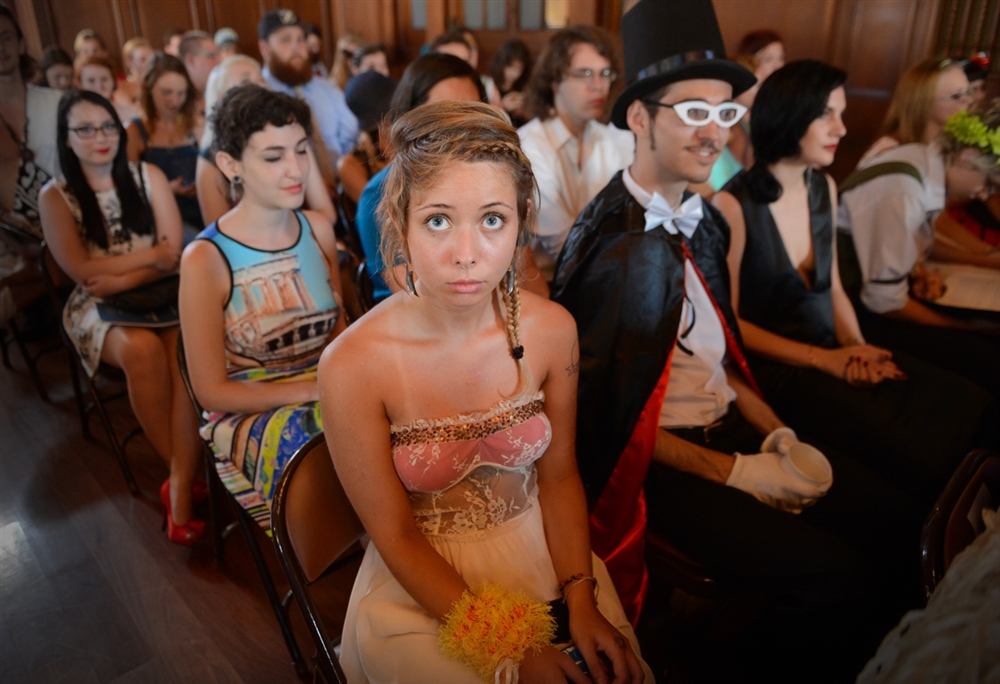 (Photo courtesy of Sarasota Herald-Tribune) (Pictured) New College graduates receiving their diplomas at the 2015 Commencement ceremony. New College is often referred to as a "feeder school," due to the large amount of graduates who go on to graduate school afterwards.

Without holding one hearing to discuss the over 400-page legislature, the Republican tax plan—the Tax Cuts and Jobs Act—was passed through the Senate Finance Committee (SFC) and the House of Representatives. The bill passed through the House with a vote of 227-205, without a single vote for from 192 Democrats. The SFC passed its own version of the bill with a vote of 14-12, following party lines.

The two houses would still have to come to an agreement upon a version of the bill, which might represent a challenge, given the difference in legislative goals between the Senate and the House of Representatives. Unlike the House’s bill, the Senate’s includes a repeal of the individual mandate of the Affordable Care Act (ACA), a provision which currently requires that most people have health insurance or pay a penalty. Regardless of the upcoming difficulties the plan will face, the passing of the plan through the House and Senate within two weeks of its official Congressional introduction is an impressive feat itself.

“It’s a combination of shrewd legislative maneuvering and political necessity,” former official of the National Republican Congressional Committee, Ken Spain, said in an interview with the New York Times. “The result is landmark legislation moving at breakneck speed. It’s a monumental accomplishment.”

The tax plan would enact a $1.5 billion tax cut for businesses and individuals, but has been panned for likely lead to a larger trade deficit and national debt, worsening income equality and increasing the outsourcing of American jobs. An analysis of the tax plan projected that the bill would, in a few years, raise taxes on low-income Americans, according to the New York Times—contradicting many of Trump’s promises about the plan.

The plan would trim the number of tax brackets from seven to four, get rid of several tax deductions—while doubling the standard deduction most taxpayers claim—and would bring the corporate tax rate from 35 percent to 20 percent, a significant and expensive difference. The estate tax is, in the House’s version of the plan, is eliminated. The Senate’s bill, on the other hand, does not entirely get rid of the estate tax.

Despite the bill’s swift passage through the House and SFC, Democrats have stood unified in their opposition, panning it for its large corporate tax break and its elimination of the estate tax. Cutting the estate tax was projected by the Joint Committee of Taxation to result in a $320 billion increase in the national debt from 2017 to 2025. The tax, which currently takes 40 percent of estates exceeding $5.5 million from individuals and $11 million from married couples, would only impact the wealthiest two percent of American individuals. 99.8 percent of U.S. citizens fail to meet the tax’s criteria.

“The bill Republicans have brought to the floor today is not tax reform,” House Democratic leader Nancy Pelosi said in a public statement. “It’s not even a tax cut. It is a tax scam.”