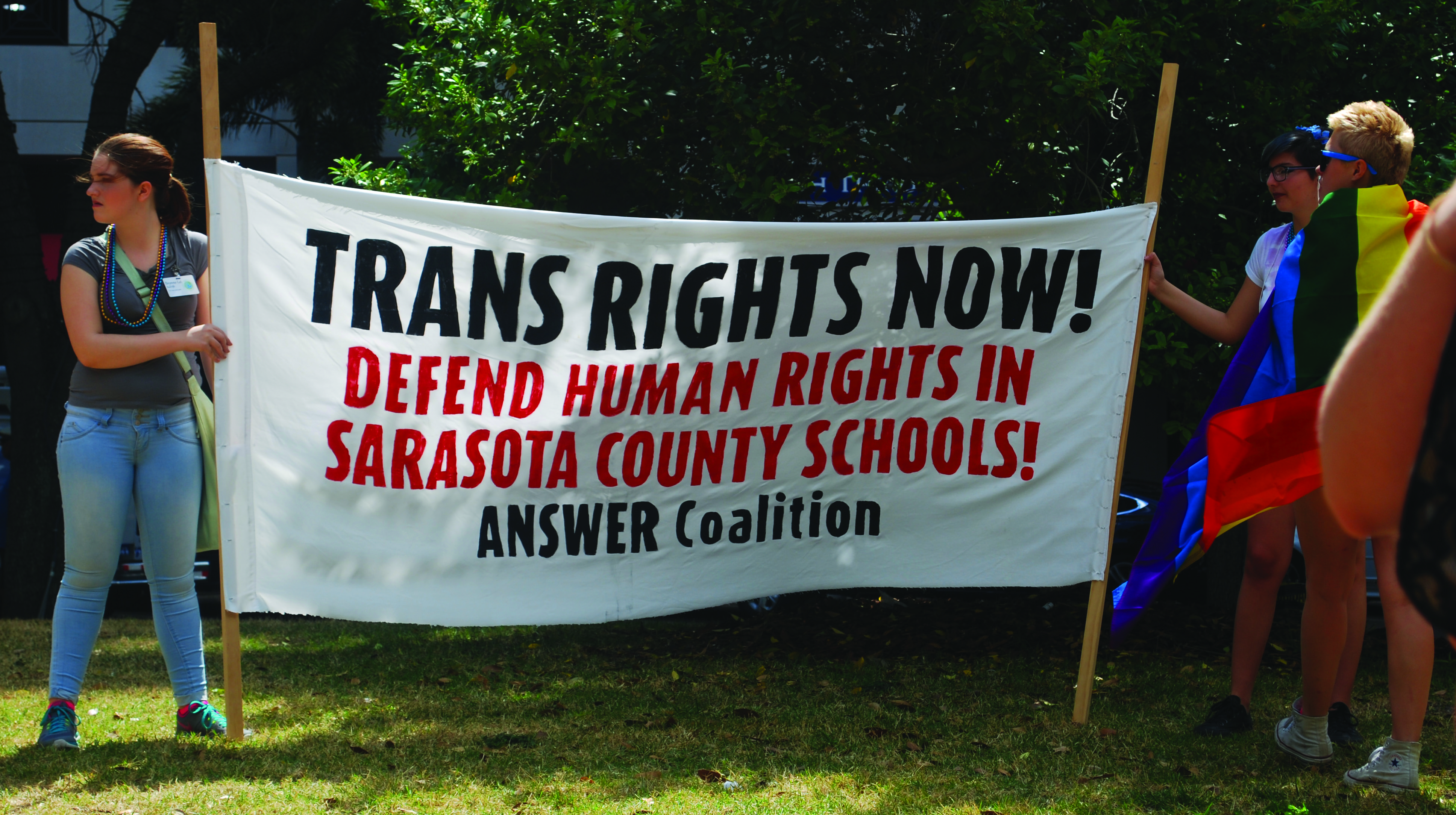 In March 2016, North Carolina legislators passed a bill that required people to use the restrooms and locker rooms that corresponded to the sex on their birth certificate and barred local municipalities from instituting their own antidiscrimination policies. It instead created a new statewide policy that did not mention protections for LGBTQ+ people.

The bill, signed by then Governor Pat McCrory (R-NC), was titled House Bill 2 and sparked nationwide protest and contestation. Public rallies and statements in support and opposition of HB2 and Governor McCrory by civil rights groups and politicians ensued.

“They specifically left gays, lesbians and the transgender community out of the antidiscrimination policy,” Sarah Preston, the executive director for the North Carolina office of the American Civil Liberties Union (ACLU), said in an interview with The New York Times. “They want to make it plain that they think that kind of discrimination is O.K.”

On March 30, over a year since the passage of HB2, newly elected Governor Roy Cooper (D-NC) signed a repeal of HB2 after it passed the majority Republican legislature. House Bill 142 eliminates the requirement that transgender people use the public facilities that correspond to the sex on their birth certificate. However, HB142 mandates that only state legislators, not local municipalities, can determine rules for public restrooms, locker rooms and other facilities. Although HB142 repealed the restriction on local municipalities from creating their own antidiscrimination policies, it further restricts them from instituting such policies until December 2020.

The ACLU announced on Twitter that the repeal of HB2 is a “fake repeal” for “leaving all LGBT North Carolinians unprotected from discrimination” and that it is “more than [an] economic issue,” in reference to the Associated Press report that by not repealing HB2, North Carolina could face a $3.76 billion loss in business over the next 12 years. The ACLU launched a petition calling on the N.C.A.A., who have withheld economic interests from North Carolina, from “being fooled by North Carolina’s so-called HB2 ‘repeal’ law.”

In effect, North Carolina is faced with a repeal that fails to provide an antidiscrimination policy that protects LGBTQ+ people and one that puts “basketball over civil rights,” the ACLU said in a tweet.

Information for this article was gathered from nytimes.com and twitter.com/aclu.