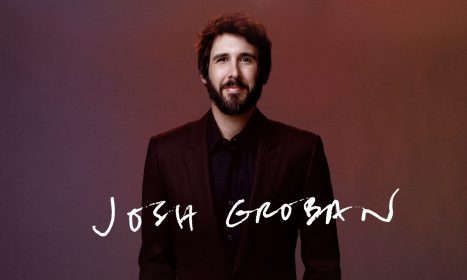 Grammy and Tony award nominee Josh Groban’s album “Bridges” brought him on a tour of the United States in 2019, but Groban never made it to Florida due to scheduling conflicts from filming his role in the Netflix show “The Good Cop.” To make up for this, Groban and his management team put together a series of intimate stops in Sarasota, Orlando, Jacksonville, West Palm Beach and Clearwater, the first of which took place at the Van Wezel Performing Arts Hall on the evening of March 9, Groban’s first performance in Florida since 2016.

From the beginning of his career, Groban proved that he had the talent to match that of esteemed artists, working with the likes of Celine Dion, Sara Bareilles and Andrea Bocelli numerous times in the late 1990s and early 2000s.

Groban began his career as a 17 year old when he stood in for the renowned blind opera singer Andrea Bocelli during a Grammy rehearsal in 1997. Bocelli was performing his song “The Prayer” with French-Canadian singer Celine Dion, but was unable to attend the rehearsal.

“This kid comes on stage and he looks like he’s 12 years old—the cutest thing,” Dion said in the 2008 CBS special “That’s Just the Woman in Me.” “He’s so nervous and shaking. I said, ‘Oh, I feel bad for this little kid.’ I was feeling nervous for him.”

From there, Groban launched into the song with gusto and the rest is history.

Groban rose to international fame in 2005 after the release of his single “You Raise Me Up,” which earned him a Grammy nomination in the Best Male Pop Vocal Performance category. Groban did not win the award that year, but by then, the world knew his name.

In 2016, Groban made his Broadway debut as Pierre Bezukhov in the musical “Natasha, Pierre & The Great Comet of 1812,” which is an adaptation of a 70-page segment of Leo Tolstoy’s infamous 1869 novel “War and Peace.” Phillipa Soo, known for portraying Elizabeth Schuyler in the original Broadway cast of “Hamilton,” originated the role of Natasha Rostova in the same musical.

Groban’s show on March 9 at the Van Wezel was the first in the series of intimate Florida performances. He started the show with the song “Pure Imagination” from “Charlie and the Chocolate Factory.” Groban’s smooth operatic vocals lulled the excited audience into an impenetrable calm with every lyric.

In contrast, Groban spent the time between songs recounting humorous anecdotes from his career or giving insight into the inspiration for his songs. His charming, bubbly personality easily won over the crowd.

A notable occurrence from the evening was when Groban brought a 15 year old named Ashley onto the stage from the audience after she held up a sign that said, “Sing with me and make my dream come true!”

Ashley ran up to the stage, excited as can be, and requested to sing “All I Ask of You” from the musical “Phantom of the Opera.” Groban readily complied.

“Any fog—can we get some fog out here?” Groban said jokingly, setting the stage for the spontaneous duet.

Ashley briefly gushed about her musical theater experience and Groban relayed stories from his own musical beginnings. The two of them then sang a minute of the song before Groban returned to the regularly scheduled programming and Ashley ran back to her seat after snapping a selfie with him.

One of the more beautiful songs Groban sang was a stripped down rendition of “Bring Him Home” from the Broadway classic “Les Miserables,” from a scene where Jean Valjean prays that God will bring his son-in-law home from war so his daughter can be happy with her lover.  Groban sang the song only with his pianist for accompaniment. Despite not being a French man in his 70s, he matched the songs intent and intensity perfectly and received a standing ovation at the end of it.

Groban wrapped the show up with his song “You Raise Me Up” and Paul Simon’s “Bridge Over Troubled Water” for which he brought out a local choir to accompany him. In each tune, the combination of Groban’s enchanting voice and the power of the choir made for an inexplicably religious experience. With a last bellowing of the lyric, “Like a bridge over troubled water I will lay me down,” Groban closed the show. As the audience left, there were discussions and musings of Groban’s impeccable musicality and excitement for what is to come from him.