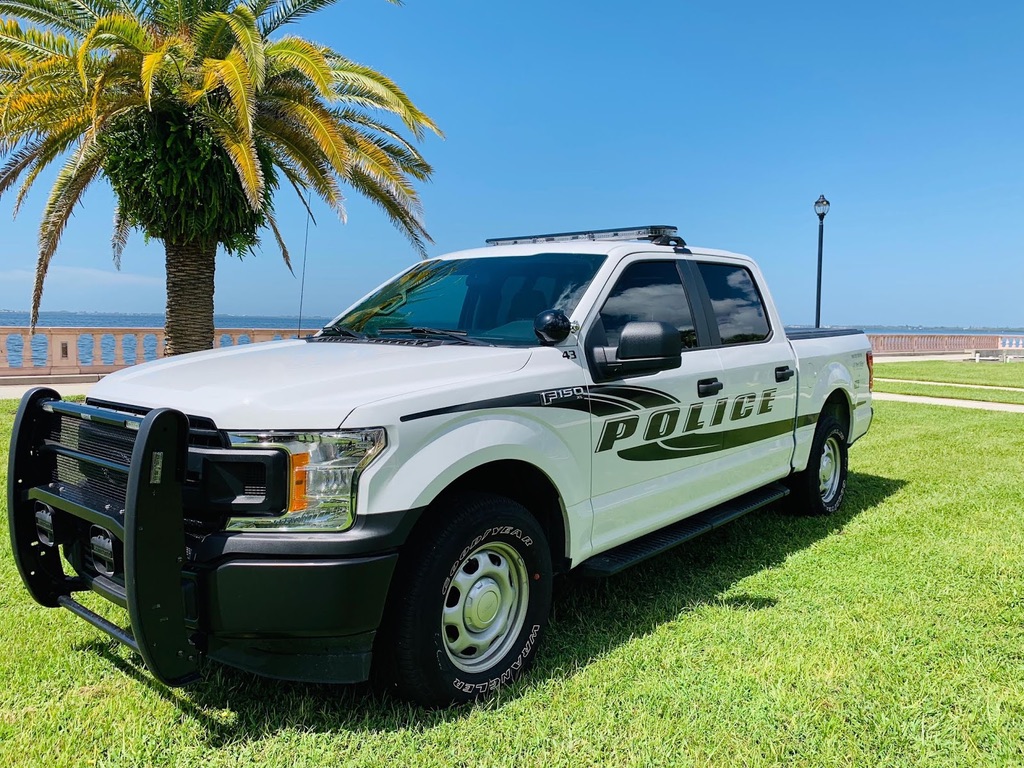 Photo courtesy of Kathleen Vacca During consensual encounters, there are no police commands, force, lights or sirens.

Amidst concerns about the seemingly heightened presence of police on campus and controversies surrounding police encounters, students have expressed confusion regarding what rights they have as residents of this community. With a Palm Court Party (PCP) approaching this Friday, there is a sense of urgency for students to figure out what protections they have under the law. Student groups such as Students for Sensible Drug Policy (SSDP) have created conversation among the community to address students’ discomfort and concerns of safety.

“New College is an institution founded on progressive values and non-traditional methods of organizing and navigating community,” Vice President of SSDP and third-year Kendall Southworth said. “This reality is frequently swept under the rug, but it’s our foundation and our power. There needs to be open and active discourse about power dynamics, accountability and retraumatization, but before that can even happen, students need to feel safe, comfortable, and empowered enough to participate in those conversations. We need to reflect on our values and expectations as a community and funnel our energy into renegotiating our roles in conflict management and decision-making.”

When asked about any potential changes or initiatives that have been considered by administration to ease the stress of students and other members of the community, Dean of Outreach & Engagement and Chief Diversity & Inclusion Officer Bill Woodson said he was in conversation with students and other administrators.

“Recognizing that there’s been heightened tensions on our campus, I’ve been in conversation with our student affairs leadership and staff, President O’Shea, Provost Feldman and a number of faculty and students in our community, specifically to discuss what opportunities we might have to address student questions, re-establish trust and repair damaged relationships,” Woodson said. “With a new Interim Dean of Student Affairs coming on board, I think this moment can be an opportunity to sharpen our focus on actions that we can take to move the campus forward. I know our police department is very concerned about the current climate and is open to ideas about how to improve the department’s relationship with our students.”

Regarding the presence of campus police at student events, students have proposed initiatives such as “Wallmonitors” for Walls and PCPs in attempt to take back some of the control they feel has been unbalanced in the power dynamics between police and students.

When asked during an interview to address the tensions felt around campus, Campus Police Department (CPD) Captain Kathleen Vacca urged that the CPD are working to better engage with the community, contrary to the belief that they only appear on campus when someone is in potential trouble.

“The community engagement is not something new, it’s something that we’ve been doing heavily, much more so making it a clear objective in the last year,” Vacca said. “And that means going to a real variety of things, the things that we become aware of, the things that we’re invited to and the things we kind of stumble upon.”

While discussing the rights of students in situations where they are stopped on campus and either randomly questioned or asked for identification, Vacca explained the legal guidelines of the three levels of contact between law enforcement officers and citizens: consensual encounters, reasonable suspicion and probable cause.

“If an officer stops someone and asks for ID or says, ‘Hey, how you doing?’ and you want to keep walking, well that’s within your right to do that unless the officer has a reasonable suspicion,” Vacca said. “Maybe it’s just a ‘Hey, how you doing? Who are you, I’m officer so-and-so’ want to meet. But you’re under no obligation to make the introduction if you don’t want to, you can walk away unless there is reasonable suspicion about a crime and they’re trying to figure that out.”

Obligations change if the officer is attempting to investigate a crime. Students may be required to talk with the officer to avoid charges of obstructing justice. However, the person does have the right to tell the officer that they do not wish to speak with them.

“If the officers say, ‘Hey, I’m trying to determine if I have a crime or if you’re the person that I just got a ‘be on the look-out’ [warning] for, I’m trying to figure out if you’re that person,’ then there’s a law that has to deal with obstruction. In that case, the person should not hinder, impede or obstruct the officer in fulfillment of their obligation to determine whether or not a crime has occurred.”

A consensual encounter does not involve police commands, force, lights or sirens. The officer may ask questions, but the person has the right to refuse to answer. In an encounter defined by reasonable suspicion, an officer must believe that the person has committed, is committing or is about to commit a crime.

Lastly, probable cause is the legal standard that a police officer must have in order to make an arrest, conduct a personal or property search or obtain a warrant for arrest. The citizen’s right in this encounter is the right to remain silent and the right to an attorney.

The Fourth Amendment of the United States Constitution states, “The right of the people to be secure in their persons, houses, papers, and effects, against unreasonable searches and seizures, shall not be violated, and no Warrants shall issue, but upon probable cause, supported by Oath or affirmation, and particularly describing the place to be searched, and the persons or things to be seized.”

However, student housing agreements often work based on a landlord-tenant relationship, where landlords have a common law to enter a tenant’s property for various purposes. Because of this relationship between the institution and the students, it is possible that students’ rights to be free from warrantless preliminary searches by university officials or campus police can be limited to best suit the interest of the university and its property. This explains why a college may impose penalties on students who fail to comply with searches.

Numerous court cases have resulted from such miscommunication and have further defined what it really means for students living in residential housing on a college campus.

In the 1968 case Moore v. Student Affairs Committee of Troy State University, two narcotic agents pursued a search due to “reliable information” concerning the possible presence of marijuana on campus. A search of a student’s room was conducted without his permission but in the presence of the Dean of Male Students and two agents of the State of Alabama Health Department. They found marijuana and, following a hearing from the Student Affairs Committee, the student was indefinitely suspended from Troy State University.

The court ruled, “College students who reside in dormitories have a special relationship with the college involved … the student is subject only to reasonable rules and regulations, but his rights must yield to the extent that they would interfere with the institution’s fundamental duty to operate the school as an educational institution. A reasonable right of inspection is necessary to the institution’s performance of that duty even though it may infringe on the outer boundaries of the dormitory student’s Fourth Amendment Rights.”

If police ask to search your dorm

The current precedent is that a campus housing representative must be present during the search. Under the Fourth Amendment, students have the right to refuse an officer’s entrance in their living space, however if there is reasonable suspicion that something potentially dangerous is going on in the room, the college can grant the police or other college official access to the room key.

Regarding being seen with alcohol and drugs on campus, Vacca explained this may fall under the contact level of reasonable suspicion.

“If the officers do [have reasonable suspicion], then what they should do is say, ‘I’m looking into whether or not that drink you have in your hand’—maybe it’s a red plastic cup—‘is an alcoholic beverage. How old are you?’ Most of the students who go here are not 21, the legal age in Florida and the United States for drinking alcohol. Maybe they’re checking that out,” Vacca said.

In Sept. 2019, the Sarasota City Commission unanimously voted to decriminalize possession of less than 20 grams of marijuana. However, because New College is the property of the state of Florida and receives federal funding, the local ordinance does not apply to the campus.

According to the Student Code of Conduct, the illegal possession, use, sale or attempt to obtain any drug can constitute an offense for which a student will be subject to the student disciplinary process. In the Code of Conduct the term “drugs” includes any narcotic drug, central nervous system stimulant, hallucinogenic drug, barbiturate, or any other substance treated as such and defined by the law as a drug or controlled substance. See New College Regulation 6-3004 for specifics regarding level of offenses and sanctions.

Florida’s medical amnesty law, also known as the 9-1-1 Good Samaritan Act, says that if a person has experienced or witnessed an overdose and seeks medical attention they cannot be charged, prosecuted or penalized for possession of a controlled substance. According to NCF’s medical amnesty policy in the Student Code of Conduct, when medical amnesty applies, the student will not be charged with an Alcohol and Other Drugs (AOD) violation by the Dean of Student Affairs or designee. However, the Dean or designee may mandate in such cases that the student undergo an AOD substance abuse assessment with the Counseling and Wellness Center (CWC). Failure to complete the CWC assessment may itself be considered a violation of the Student Code of Conduct.