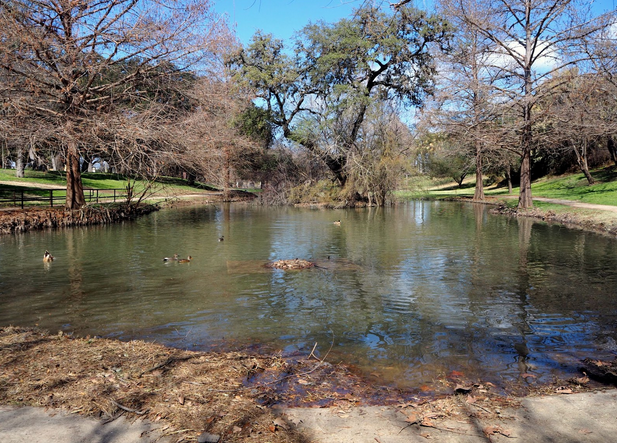 A photo of Uvalde Memorial Park - the locale of the shooting. (Credit: Cynthia McCrary)

Still recoiling from the tragic destruction of innocent life at the Robb Elementary School shooting just four months before, Uvalde is beset by another shooting—running a calloused finger along wounds still struggling to heal.

On Sept. 8 in the Uvalde Memorial Park—established fully in 1927 and named in memorial for veterans of the first World War—a shooting broke out resulting in three teenagers being injured and four arrests in connection to the shooting—two of whom were teenagers themselves. Interestingly, Texas Department of Public Safety officials are led to believe that the shooting may have been related to domestic gang activity.

The Uvalde Memorial Park shooting’s setpiece is significant in that it has once again brought the topic of gun violence into conversation with this small Texas town, wherein May, 19 students and two teachers were violently murdered: lives not lost, but taken.

Despite the country-wide call to action following the Uvalde shooting, domestic authorities such as Texas senator Ted Cruz are steadfast in their policy on gun legislation as restrictions continue to loosen. Parent of Uvalde shooting victim Kimberly Mato-Rubio commented in an interview with The Texas Tribune, “That was really disheartening because this is our representative.”