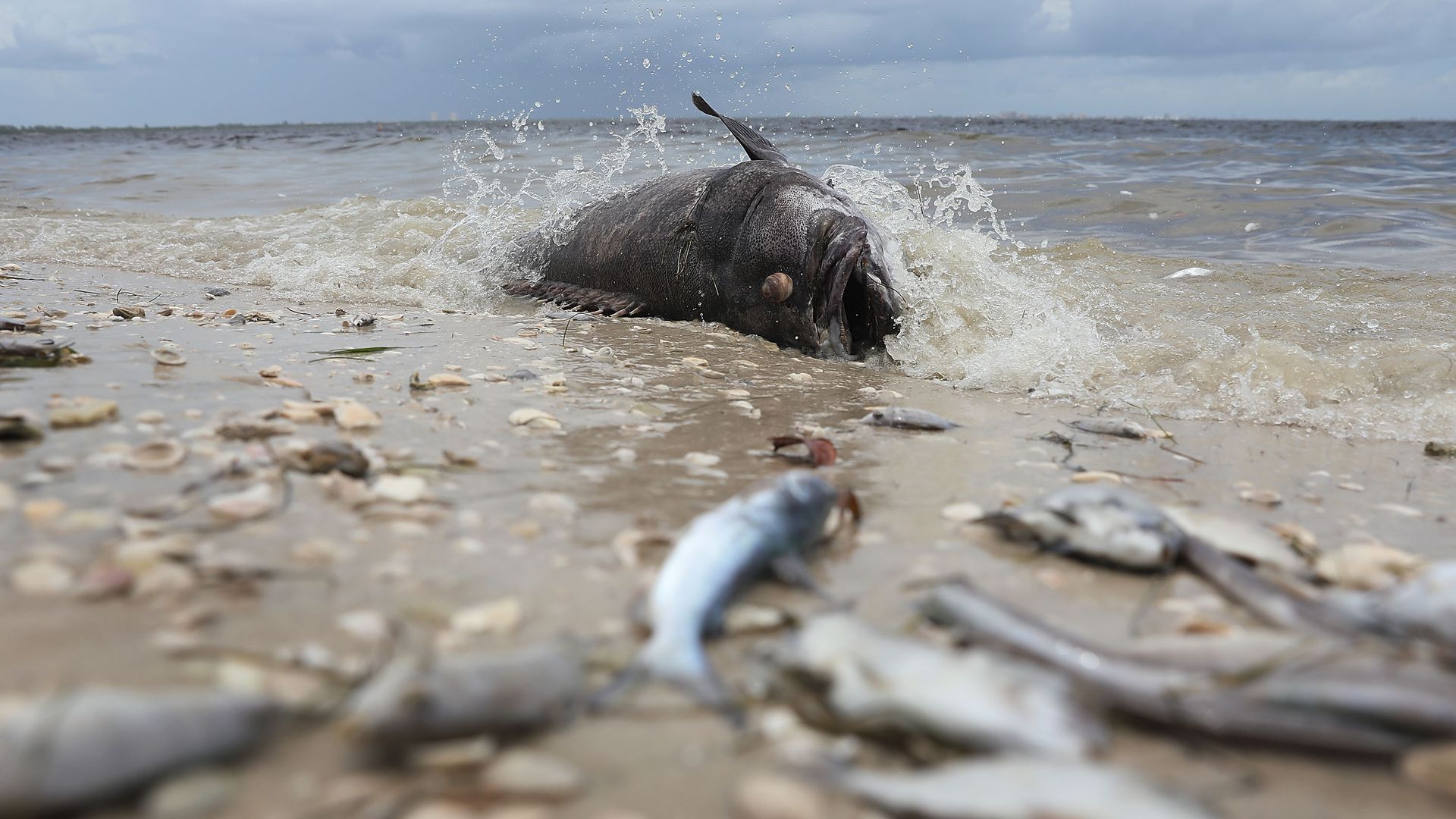 The current outbreak of red tide has done more than wreak havoc on marine life. It has affected the livelihood of people in Sarasota County. Visit Sarasota, the official tourism marketing agency for the county, surveyed 40 tourism partners in August and compared it to results from last year’s survey. Forty-six percent of business owners claimed that business has gone down by 50 percent or more, and 40 percent of these businesses are located on the Sarasota Bay or within a mile of the Bay.

Red tide is the result of high levels of Karenia brevis, an opportunistic phytoplankton that grows in harsh conditions and generates algae blooms. These blooms make water hypoxic, or cause levels of dissolved oxygen to become low enough that life cannot be sustained in the region.

“Historical records show there has always been very bad red tide,” Professor of Political Science and former Director of Mote Policy Institute Frank Alcock said. As to whether or not humans have made red tide worse, Alcock believes this is a hard question to answer, as pollution could have indirect effects such as warmer waters — which Karenia brevis thrives in.

Because of red tide, it is unsafe and unalluring for tourists to utilise lucrative watersport attractions, like scuba diving, snorkeling, canoeing or fishing.

“It became unbearable for the tourists by Aug. 7 and they left or canceled their vacations here,” Captain Josh Pritchett of SiestaKation, a local business that charters offshore fishing, diving and sunset cruises, said. “Business completely stopped after that week.”

Pritchett also pointed out that Florida’s government is doing little to help small businesses stay afloat, even with its plan to offer interest-free loans to businesses affected by red tide.

Food insecurity is one result of the economic consequences of red tide. Locals who rely on tourism are now struggling to support their families and must cut corners to make ends meet, because their shifts have been reduced or they have been laid off.

All Faiths Food Bank has seen an increase in need for their services in Sarasota County since red tide has entered the region. The organization distributes mainly through mobile pantries and school pantries that offer canned goods, hygiene products, fresh produce and meats to those in need. They also offer nutrition classes to those who are interested.

“From small business owners to hotel beach staff, people who are usually gainfully employed are facing the ever-growing concern about when they can get back to work and make enough money to put food on their tables,” Elodie McCartney, communications manager of All Faiths Food Bank, said. McCartney revealed that for many, this was the first time that these families have had to use the food bank’s services. She emphasized that while the food bank is prepared for the influx of people, their “food programs and partners have reported a 40 percent increase in need for services.” Donations of healthy, non-expired foods are more necessary than ever before to support the influx of people using the food bank.

Red tide has been detrimental to the tourist industry in Sarasota. While, to an extent, funds have been relocated to inner-Sarasota, it does nothing to help those businesses on the waterfront who lost their clientele. There is no guess as to when the red tide will end, leaving the fate of small businesses in the hands of nature.

If you would like to help those affected by red tide, All Faiths Food Bank needs donations, volunteers and people willing to raising awareness for their organization. For more information, call 941-379-6333.