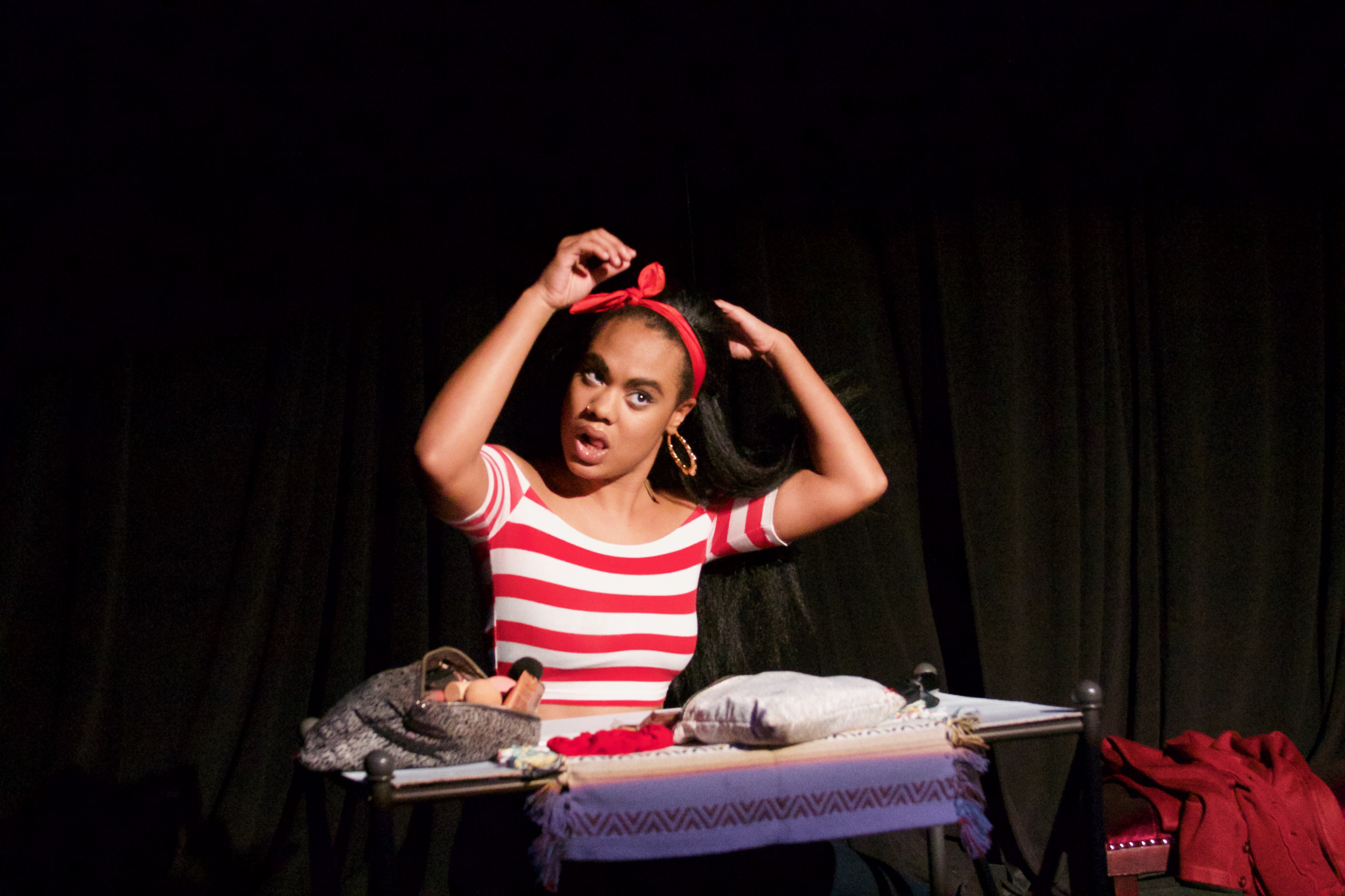 Thesis student Kailah Santos made New College history on Thursday night with the opening of her thesis play “Rebelde: Confessions from Your Dead Abuela,” the first Black Box Theater (BBT) production to feature an all women of color cast. The play adapted three stories by female Puerto Rican writers into an exploration of race, gender and identity through conversations between abuelas y nietas centered around a mirror.

“It was hard claiming this space,” Santos said. “I’ve never felt welcomed in the theater in this school. [Women of color] get typecast and exotified a lot, so I couldn’t just keep acting. I realized I had to make my own production. I wrote this play out of frustration with that my second year for my ISP.”

Santos’ academic advisor, Associate Professor of Spanish Sonia Labrador-Rodriguez, pushed her to read works by Puerto Rican female writers to inform her Independent Study Project (ISP). Santos began reading some of these short stories and ended up creating a theatrical adaptation of her own.

“[Professor Labrador-Rodriguez] really liked what I came up with and she kept pushing me to do something with it, so I decided to incorporate it as part of my thesis,” Santos said. “I wanted to do it because I had the opportunity to maybe start something where women of color can feel more welcome in these creative spaces.”

Santos’ adaptation weaved together the themes from the original works–“Pollito Chicken” by Ana Lydia Vega, “Herba Rota” by Mayra Santos and “Una Semana de Siete Dias” by Magali Garcia Ramis–with contemporary characters to discuss how these same issues have been reproduced and passed down through generations.

“These issues are affecting us today which is why I wanted to create a modern context through the granddaughters in the show,” Santos said. “People need to realize that what your family went through shapes who you are. It’s important to revisit that past in order to understand yourself and heal.”

Not only did the “Rebelde” shows serve as a time for audience members to reflect on the characters stories, but it was also an important process for the all women of color cast to process the painful themes in the play that they related to personally.

“It’s one of the hardest things I’ve ever done in my entire life,” third-year Paola Baez, who played a character in the play, said. “Every night after this I have to sit in my room for two hours and just think about it. Everything about this play for all of us here is too real. But in the end, this is something that we did for us to heal. That was the most important part for me. I feel like that comes across in the production and that’s what makes it so special and impactful.” 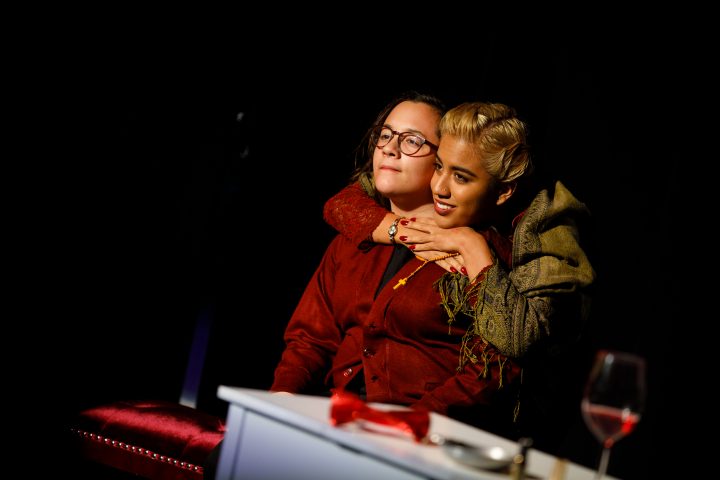 The play featured a soundtrack of songs by Caribbean artists that helped tell the stories present in the script. The play opened with Afro-Puerto Rican rapper Princess Nokia’s song “BRUJAS” with the lines: “I’m that Black a-Rican bruja straight out from the Yoruba/ And my people come from Africa diaspora, Cuba/ And you mix that Arawak, that original people/ I’m that Black Native American, I vanquish all evil/ And I come from an island and it’s called Puerto Rico/ And it’s one of the smallest but it got the most people”

“I think [Princess Nokia’s song “BRUJAS”] was a good introduction to the play because it’s about embracing all her different parts of her racial identity and it’s really important for women of color to celebrate who they are, claim their divinity and love themselves,” Santos said. “I put that song at the beginning of the play because that character was trying to figure out how to love herself and her hair and her Blackness.”

“She was groundbreaking,” Santos said. “It was like you never saw a Black Latina anywhere before Celia Cruz, who was wearing bright colors and loving herself and shouting, ‘Azucar!’. She’s a pioneer, like all the grandmothers in this play are pioneers. I wanted to show how difficult it was for them to pave the way and I think this soundtrack was a nice journey through that.”

Although these issues are not new, the production centers Puerto Rican narratives at a time when the island nation’s deep suffering has never been more visible in the media. More than six weeks after Hurricane Maria, borinqueños are still burdened by lack of federal aid.

“Hopefully seeing people’s stories helps them empathize more and see the humanity in people that are different from them,” Santos said. “I want them to care more about the people than the cause.”

Donations were collected after every show to go towards disaster relief efforts for Puerto Rico, grounding “Rebelde” in its purpose to empower and heal from within the greater diasporic community.

As for the New College community, “Rebelde” paved the way for other women of color in creative spaces on campus and centered narratives that are too often left out of artistic conversations.

“It’s empowering for us but also younger generations,” third-year Ximena Pedroza, who also played a character in the play, said. “I hope it shows others that they can take up this space, they don’t have to just be typecast or be the comedic relief. They can make their own content, too.”