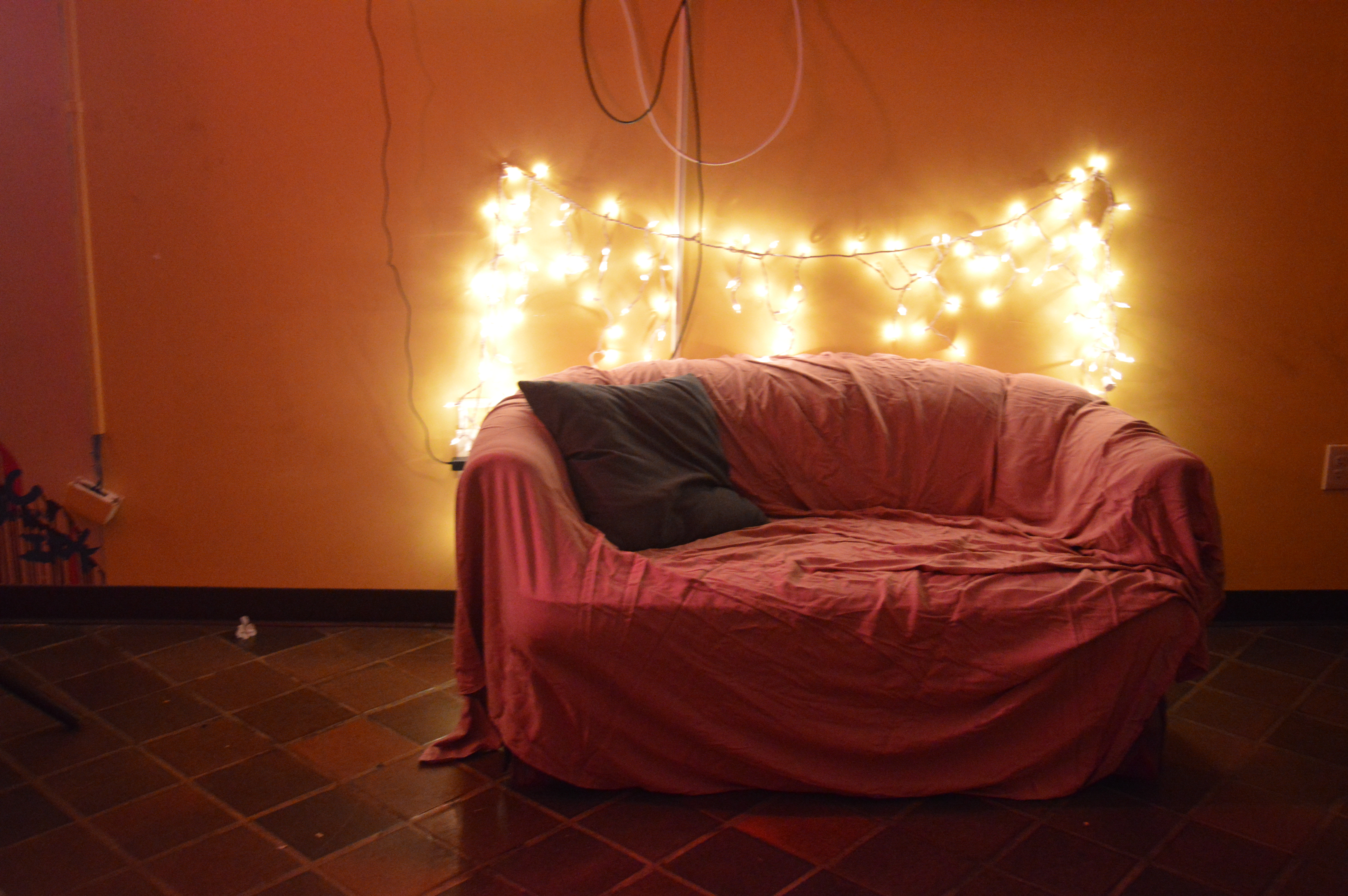 The Old Mail Room was transformed into a "dreamy scene decorated with romantic pinks and pastels" as advertised on the Forum. Photo courtesy of Giulia Heyward.

Although the long-standing tradition of Walls faltered a bit last Fall, students and Student Affairs found a way to keep some semblance of the party going. Despite the fact that the Walls were now technically late night events sponsored by Resident Advisors (RA) and thus substance free, music still played and people still danced and to some that was all that mattered.

The New College Police Department (NCPD) has dealt with understaffing for several years now. However, the issue began to affect Walls last Fall semester when several unexpected absences popped up in the department a month into the semester.

The Wall sign-ups had been sent out, the most voted on Walls had gotten a date and then Student Affairs realized that they didn’t have adequate policing on several weekend nights when Walls were to be thrown.

At first it was suggested that Student Affairs or New College Student Alliance (NCSA) could pay the overtime amount for another officer to work weekend nights, so that there could be two police officers on duty. However with their already limited budgets this option was ruled out.

And so, students, RAs and Student Affairs worked around it. The idea was thrown out during a meeting between NCSA and Student Affairs that RAs could sponsor the Walls and turn them into late night programs, where one police officer on duty would not be an issue.

Centeno took the idea to the RA staff meeting and let them know of the situation and the proposed idea.

“They kind of gave me the weird smile like, ‘What are you getting at.’ But we talked about if they were open to it and I told them and made sure that they knew you do not have to say yes… but if you want to I support that,” Centeno said. “And I think a lot of them wanted to support that. It was definitely out of respect and concern for their peers that a few of them took on that extra work.”

“As an RA you’re not allowed to throw a Wall and so it’s kind of interesting that we’ve gone to this opposite extreme where we’ve almost encouraged us to throw a Wall,” Lewis said. “Honestly I think that if your end goal is community building a late night wall event is going to build community much better than some other RA events and stuff like that.”

The criteria the late night RA programs had to meet to be thrown were as follows: they had to be indoors, they had to be substance-free and marketed as such and the event hosts or the sponsoring RA were expected to address behavior that needed addressing – for example, if someone came to the event with alcohol.

With two spots open in the NCPD it might seem obvious that the easiest way to solve the understaffing issue is to hire more police officers, but this is not always so simple. The testing candidates have to go through and the training once they get hired can take up to nine months. According to Chief Kessie, if someone is coming in with no experience it could take up to a year to get them out in the field. In addition, the NCPD runs a strict background test that more and more candidates have not been passing.

Aside from the rigid requirements, being a police officer on a college campus brings its own set of expectations. Kessie cited a younger population and more mental health issues on campus as two factors police officers must be adept at dealing with. An ideal candidate, according to Kessie, is someone who has had previous police experience, but the department is not getting a lot of those types of candidates anymore.

“When you look at the community, we have unique students coming here. And that’s not a bad thing, that’s a good thing, I mean we pride ourselves on being unique,” Kessie said. “However, I then have to find the right people to fit into that community and so it becomes difficult.”

According to Kessie, there are currently two people in the hiring process and they plan to hire at least one. They have also submitted a legislative request to the Board of Trustees for more funding so that the department can increase their number of positions.

Despite the issues Walls faced last semester, it seems that everyone – police, RAs, Student Affairs – can agree on the fact that Walls are needed and an important part of campus culture.

“I just think in general it’s important to give our community things to connect around. It’s important to balance [the many academic responsibilities and stressors] out with things that you can kind of shut off the academic thoughts and just have fun and chill,” Centeno said. “Because that’s what keeps you, in a sense, balanced and grounded and helps you connect with your peers and know that you’re not doing this alone. You have an entire community that’s here experiencing something similar and I think that’s really important.”