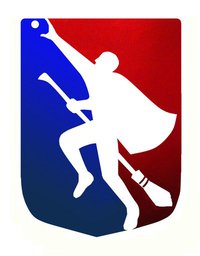 The official insignia of The International Quidditch Association.

Quidditch, a sport once limited to the world of fantasy, has now become a reality for the brave members of the fledgling New College Quidditch team. The newly formed sport, based on the sport described in the Harry Potter series by J.K. Rowling, swept the nation this year. According to ESPN, there are now over a hundred college Quidditch teams. Some players are petitioning to have Quidditch included as an official sport sanctioned by the NCAA.

The sport upholds many of the rules described by Rowling in the books, but one aspect is missing,- the magic. College students play the “muggle” version of Quidditch as flying broomsticks and other key magical essentials are still beyond the reach of modern science. The New College team was started last year by first year Mackenzie Filson (’09).

“She had it going through the second semester but then she left and it died.” Second year and Seaker  Dorothea Trotter said. This year Trotter made an effort to get the team back on the field. First year Alexander Nicoleau stepped up to captain the team, but they are having some trouble getting people to come out. Nicoleau proposed that the team meet at Ringling College of Art and Design to play on Wednesday nights at nine. Ringling has a well organized Quidditch team which could host our team in weekly practices.

Trotter hopes that those who are interested will send either her or Nicoleau an e-mail at Dorethea.trotter@ncf.edu or Alexander.Nicoleau@ncf.edu