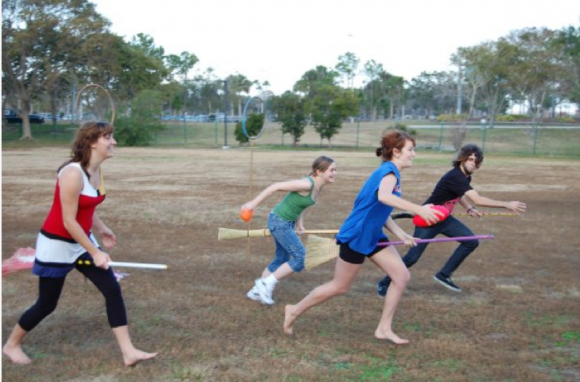 In keeping with tradition for the last few years, New College is again attempting to start and maintain an Intercollegiate Quidditch team. After a somewhat disappointing season last year, the team hopes to be re-born under the tutelage of XXX-year Shelby von Hofe.

“ My love of Harry Potter inspired me to do this […] and I found it really unique for New College to not have a Quidditch team,” von Hofe explained in an interview with the Catalyst. “It seems like all the colleges in Florida have one, except New College.”

Adapted for muggles, or non-magical folk, from the famous Harry Potter Series by J.K Rowling, by students at Middlebury College in Middlebury, VT, Quidditch is currently a sport at over 300 universities and high schools in 13 different countries. The International Quidditch Association’s website (IQA) holds statistics, information on upcoming matches, the rules, a mission statement and a brief history of the game.

The future of New College’s Quidditch team depends on the participation and dedication that its members are willing to give. At the interest meeting held on Tuesday, Sept. 6, von Hofe described that 10 to 12 people showed up. All those who came to the information session will probably be admitted on the team, with the extra persons being used as alternates.

“We only need eight people for a full team, nine including a snitch, but I’m acting more as a referee and coach than a player,” von Hofe said. “The game is really intense with lots of tackling, and while I want to be involved, I don’t have a sporty bone in my body […] If we organize some scrimmages with Ringling and win a few matches we might be able to play in a Cup, and that would be really cool!”