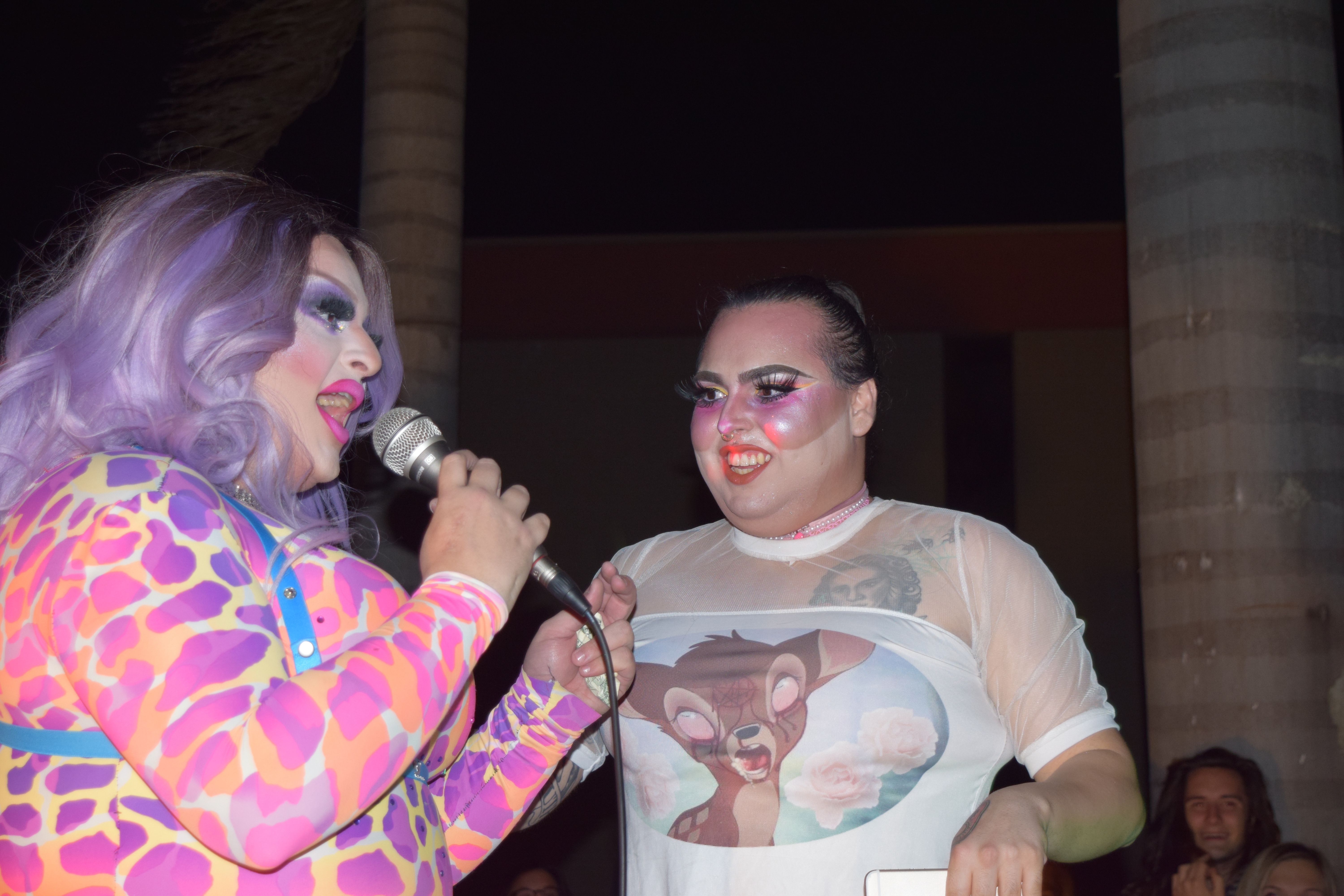 Pride month kicked off at New College on April 4 with an arts and crafts poster making session in ACE lounge hosted by Queery, an LGBTQ+ student organization on campus. Posters with phrases like “Queer and Here” and “NCF Pride” written in glitter covered the floor as they dried. The signs now decorate the residential side of campus as “reminders about New College pride,” according to thesis student Oliver Goldsmith, who helped coordinate the event. The first week of Pride month continued with Pride Ball on Friday night.

“We did something similar like [the poster making session] last year and we made a bunch of decorations for the Ball and that was really fun and successful,” Goldsmith said. “I think when you can get the whole community involved in generating art or just like self-expressing together that’s like a really cool, powerful thing and that just generates a lot of New College Pride.”

For Goldsmith, celebrating Pride month at New College is an “important way of supporting everyone, the whole community, through visibility and celebration.”

“I think it’s really important because there are LGBT people everywhere and even at New College where it’s something really accepted I think a lot of people here are all on journeys of self-discovery and so even if you enter here thinking you’re one way, you know, you might find that you end up some place completely different,” Goldsmith said. “So I think Pride month, Pride ball, it’s all really important to gain visibility for the LGBT community because when someone sees that then they won’t be as afraid to express their own identity in the same way.”

Queery also used the posters to decorate Palm Court for Pride Ball on Friday night. Pride Ball was introduced to Goldsmith as “a big New College annual tradition” in his first year with drag performances by students.

“It was just like a ridiculous celebration,” Goldsmith said. “That’s what I love about New College because you can get on stage and perform and no one’s going to judge you or anything.”

When it didn’t happen his second year Goldsmith said, “There was just this realization that I had that if it’s going to happen then I would have to be the one to sort of make it happen and this year’s Pride Ball is a continuation of that.”

Goldsmith and third-year Sara Gregory, who co-hosted the event last year and this year, brought the same performers back for Friday night and also created a lineup of student performers.

It was an objectively good night, a showcase of the community New College creates and provides when students come together around something like Pride. Students cheered each other on during their performances and collectively raved over the drag queens’ shows, again and again. The night felt like one of those rare moments when one could believe they were feeling the same things as the stranger next to them: shock and excitement, awe and appreciation, maybe even the same sappy, unexpected rush of love for one’s school or friends but definitely pride, for oneself or for the people around or both.