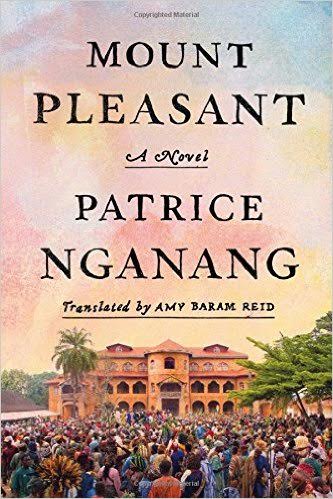 Professor of French Amy Baram Reid’s recent translation “Mount Pleasant” got the seal of approval from Oprah herself; it landed on the business mogul’s list of “21 Books to Read this May.” The novel is a translation of Cameroonian writer Patrice Nganang’s “Mont Plaisant,” originally written in French. This is the fourth novel Reid has translated.

Tell us a little about the book.

It’s a big book so it’s hard to explain it in a short set of words. At the start you have storytelling. So you have an encounter between a Cameroonian-American woman, a historian who’s gone back to Cameroon, and the conversation she starts with a woman, Sara, who’s about 90 years olds and who has been deemed mute for years. Sara decides to start speaking again because of the questions asked by this historian. The stories that come out are about the crisscrossing of colonial stories at the time when one pre-colonial regime is ending and you have the successive arrival of the Germans, the English and the French. Sara was given as a child bride to the sultan, but before she could become his bride she was raised as a boy by the matron of the sultan’s wives. As a boy, this little girl has access to the world of the court that she would otherwise not have access to, so she becomes the recipient of the stories told by the matron, and all the stories that people tell in the court.

It’s a long process because of the time it takes to work with editors. What I do is that I read the book a couple of times and then start working through section by section and translating. When I’m done with a section I’ll read it over, and usually I’ll read it aloud to myself once I’ve worked through the big problems to make sure that the sentences aren’t too clunky, because if you can’t read it aloud, something’s wrong. And then you have to work with editors and the author who’ve read different parts as well.

Your academic interests are in French literature but you also speak Portuguese and know a lot about Brazil. Where does your interest in African literature stem from?

Why I ended up translating African literature really comes down to me trying to teach African literature here, and not being so limited by what was available in translation. Books, even when they’re translated, often go out of print in English, so trying to find good translations was hard. So when the opportunity came up to translate for an anthology, “New African Stories” I was enthusiastic about it because I think it’s important to make literature written in other languages accessible to my students.

How do you choose what books or authors you want to translate?