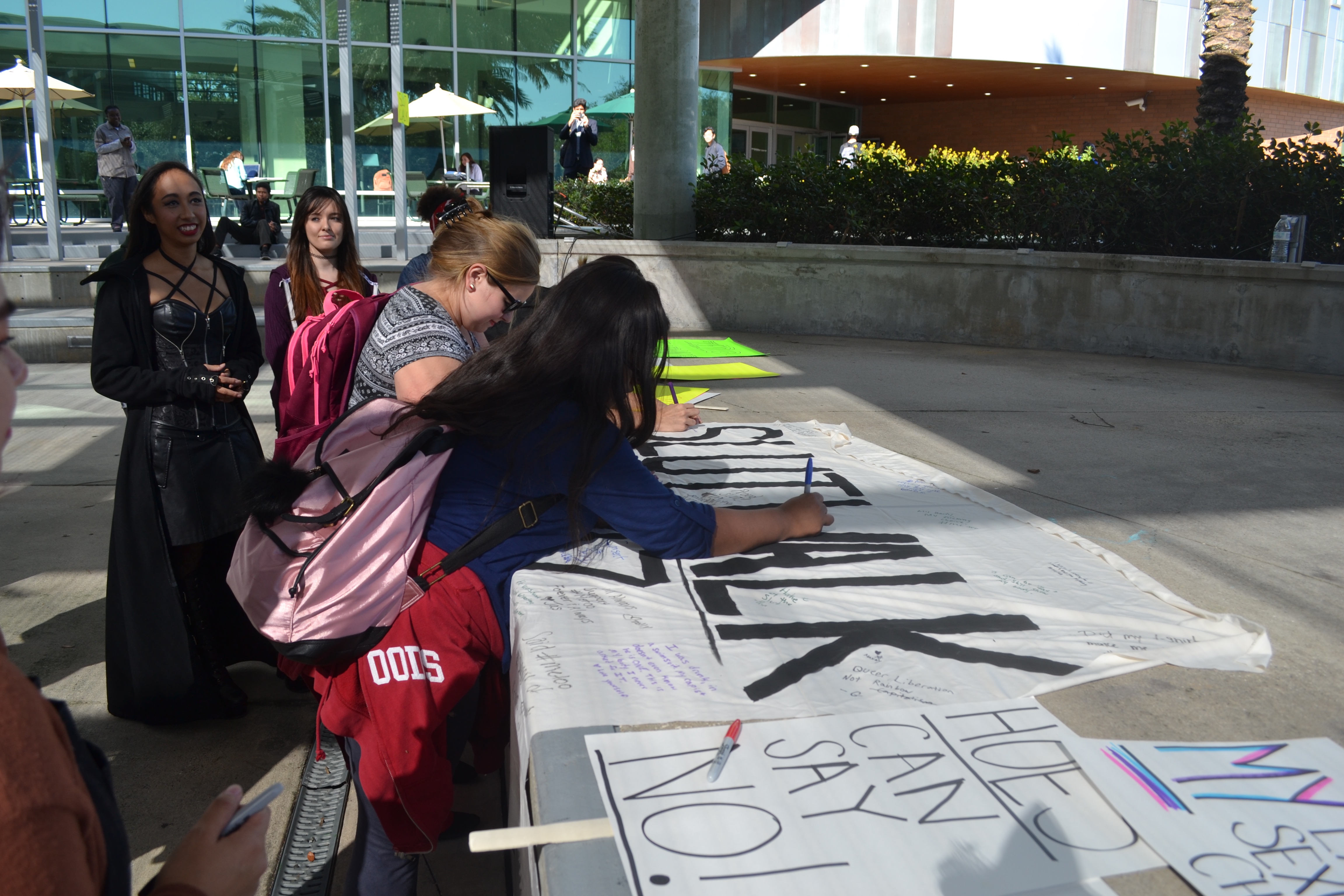 On Tuesday, Oct. 22, the Florida House Health and Human Services Committee voted 12-6 in favor of advancing House Bill (HB) 265/Senate Bill (SB) 404, otherwise known as the Parental Notice of and Consent for Abortion Act, through a single-committee stop, effectively fast-tracking the bill for the 2020 Senate session starting in January. If passed in the Senate, this bill would require minors in Florida to acquire written consent from a legal guardian before receiving abortion services, a step up in terms of restriction from the current law that requires parents be notified of their child’s decision to have an abortion. Many Floridians and local Republicans in office, including Gov. Ron DeSantis and Senate President Bill Galvano, support HB 265/SB 404, maintaining that it will help protect teens and encourage them to be in conversation with their parents. Reproductive healthcare rights advocates believe otherwise.

“Almost all young people consult their parents or guardians before receiving an abortion, but those who do not often do so to avoid the threat of violence or abuse,” New College Generation Action President Alexandra Barbat stated. “All people have the right to determine if, when, or how they decide to be pregnant or start a family. Not giving people the ability to access abortion as a means of health care is a violation of this right. So when laws like this are brought to the legislature, this is an attack on people’s right to health and autonomy.”

Like many other opponents of HB 265/SB 404, Barbat believes that minors should be given the same rights as adults when it comes to making important decisions about their own healthcare and feels that removing the power to decide from young people and placing it in the hands of their guardians does far more harm than good. Several Democratic leaders, including Orlando Rep. Anna Eskamani, State Sen. Lori Berman and Miami Rep. Nick Duran, have spoken out in press conferences about the harmful effects of requiring parental consent, namely the bill’s potential to put at-risk populations in even more danger and its threat to reproductive rights as a whole.

“If this bill becomes law in Florida it will put all of our abortion rights at risk,” Eskami said in an October 2019 conference recorded by the Florida Phoenix.

Like the current enforcement of parental notification, the parental consent bill would have the potential to be bypassed through a judicial waiver process. However, obtaining this waiver is often difficult and subject to the judge’s personal beliefs, placing a major wall between minors and the services they may require.

Although other bills and motions regarding reproductive healthcare rights have been put into action this year, including a proposed six-week ban on abortion and HB 271, which would ban abortions if a fetal heartbeak could be detected, parental consent is still at the front of the minds of both supporters and opponents, for good reason.

“Parental consent is the really big one to watch out for, not only for the bill itself but all the issues surrounding it,” Barbat said. “It has a much higher chance of passing, and if it does, it’ll be used to reopen the question of our constitutional right to privacy in Florida. In 2018, state legislators attempted to restrict Florida’s constitutional right to privacy to only protect informational privacy instead of informational and bodily, which is what our state constitution states now. Now that we have a large anti-choice judiciary in Florida, this is the time when anti-choice representatives want to bring this fight to the courts.”

Although this legislation has failed many times before, in 1989 and more recently in April 2019, abortion opponents are taking advantage of the recently reconfigured and much more conservative Supreme Court. Republican leaders are hoping that this upcoming 2020 session will be successful in gaining Senate approval for a parental consent law. For students and other Florida residents who feel negatively about this bill and do not want it to succeed in the Senate, Barbat encourages reaching out to regional newspapers and contacting local representatives who will be hearing the bill this upcoming January.

“Write a letter to the editor (LTE)!” Barbat said. “An LTE is a short couple of sentences submitted by readers with their opinion on relevant news, and they have a lot more influence than you would think!”

Barbat also stressed the importance of getting in contact with local leaders about decisions they have the ability to make and change, as individuals often have more power than they believe in the lawmaking process.

“Also I know this is cliche, but call your representatives!” Barbat said. “The House bill will be going to the floor for a vote in January, which it did last year and passed, and the Senate bill is going to the Health Policy Committee (HPC), Judiciary Committee and the Rules Committee. I think it’s going to pass in the HPC, since it did last year, and may pass in both other committees. Go to the Florida Senate website for the list of committee members hearing the bill.”

Information for this article was gathered from the Florida Phoenix, the Tampa Bay Times and the Bradenton Herald.