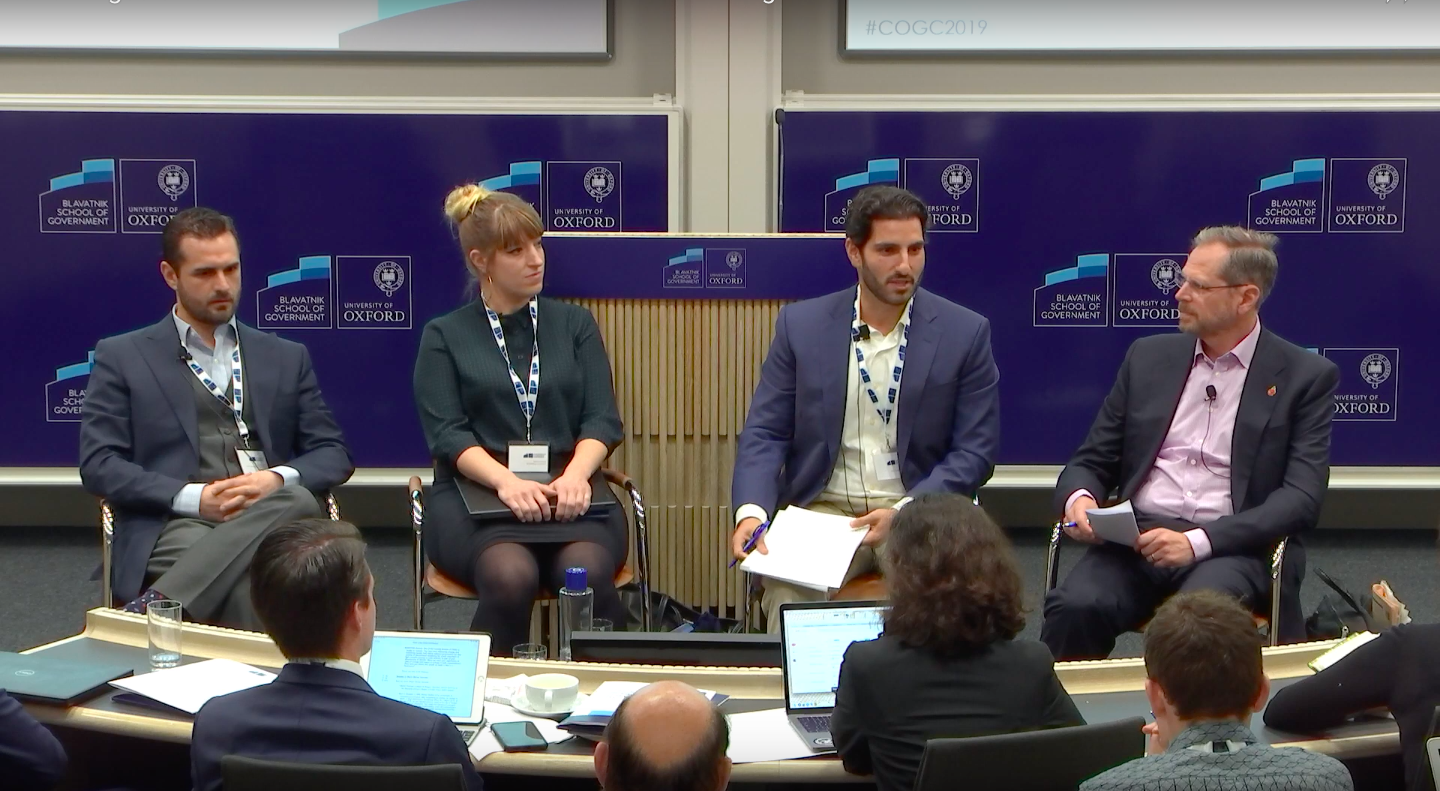 On Oct. 31, the Blavatnik School of Government at Oxford University hosted a panel of economists to discuss contemporary government challenges, focusing on climate and economic inequality, and Professor of Economics and Environmental Studies Mark Paul was one of three leading economists on the panel. Paul explained that proposals such as the Green New Deal (GND) eliminate the perception of a trade-off between economic growth and moving towards a carbon-neutral economy. Due to the rise in popularity of the GND, Paul was invited by the Sarasota County Democratic Party to explain the policies of the proposal on Nov. 12.

Oxford talk about the future of economics

Paul was joined by co-Founder and former Director of Rethinking Economics Maeve Cohen, President of Data Intelligence and New Technology for the Development Bank of Latin America Enrique Zapatas and Professor of Public Policy at the Blavatnik School of Government Eric Beinhocker, who was tasked to be the moderator of the panel.

“I was privileged to be invited to Oxford to participate on a panel to talk about economic challenges that we face and how the old economic paradigms that largely still reign supreme within policy circles, unfortunately, constrain the possible options that are on the table,” Paul said.

He began by explaining there are two initrixibly-linked crises of our time: climate and economic inequality. When analyzing these problems, Paul applied variables of power dynamics and historical context, an approach that differs from that of the neoclassical model. He explained that as of today, there are many critiques for the economic models in place but no viable alternative models.

“If you ask people if everyone should have health insurance, access to a job at a non-poverty wage and if the United States should be doing more to fight climate change, the answer is yes,” Paul said. “Across partisan lines, the answer is yes. Broadly people agree with the path forward and I’m less concerned about what you call it and more about how do we start passing legislation to put us on that path. What does that path mean? That path means reducing inequality, improving living standards for low-income Americans and importantly addressing the climate crisis.”

Paul suggested analyzing other schools of thought and studying economic models in other countries to help create an alternative model. Additionally, acknowledging the flaws in neoclassical economic thought was factored into the discussion of the future of economics.

Economists have created new branches of economics as a result of recognizing the flaws in neoclassical thought. Under traditional economics, consumer incentive is skewed due to the assumption that all consumers in the market are rational. This realization that not all consumers are rational actors and make decisions based on an infinite number of variables led to the creation of behavioral economics. Another flaw in neoclassical thought is the overlooked gender power dynamics which lead to the creation of feminist economic theory. Lastly, to ultimately understand how to live within our planetary boundaries, ecological economics was created, leading to proposals like the GND.

Paul is a current fellow at the Roosevelt Institute, an economic think-tank where the GND originated. His research is centered around the understanding of what causes inequality and viable solutions to combat it while also addressing the climate crisis.

The GND, also known as House Resolution 109 (HR 109) in Congress, is sponsored by Rep. Alexandra Ocasio-Cortez. The latest action for HR 109 took place on Feb. 7 when it was introduced to the House of Representatives. The resolution itself has five goals: achieve net-zero greenhouse gas emissions, establish high-wage jobs to ensure economic security for all, invest in infrastructure and industry, secure clean air and water in a sustainable environment for the community with healthy food and promote justice and equality.

To attain these goals, the resolution designed a 10-year mobilization plan. The plan entails the construction of smart power grids, renovate and construct buildings to achieve maximum energy and water efficiency, reduce pollution and greenhouse gas emissions from the transportation and agricultural sectors, clean up existing hazardous waste and abandoned sites, ensure a fair business in the economy and improve human-well being through providing higher education, high-quality health care and affordable and safe housing to all.

“Florida is one of the most climate-prone states in the country,” Paul said. “The vast majority of people in the state live a couple of miles from the coastline. The major cities in the state are severely threatened both by increasing the intensity of storms as well as the rising sea levels. We also see [an] increase in heat-related deaths due to global warming.”

Paul expressed that basic economic human rights like employment, healthcare coverage and housing should be provided given the country is a high-income society that can afford to do so. However, Paul thinks the country lacks the political will to provide these measures and that, as a result, there will be catastrophic repercussions.

“If you look here at New College itself, we’re right on the bay,” Paul said. “College Hall in a hundred years, unfortunately, won’t be usable due to sea-level rise. I don’t think there is much we can do to save [local infrastructure on the coastline] at this point, the question is when will we act and can we act soon to prevent further sea-level rise from really affecting our community.”

The Sarasota Democratic Party is hosting a discussion where Paul will explain GND policies to the public at the Fogartyville Community Media and Arts Center for free. The talk was organized by Peace Education and Action Center and will take place on Nov. 12 at 6:30 PM and will go until 8 PM.

Information for this article was gathered from sarasotadems.org, youtube.com and congress.gov.