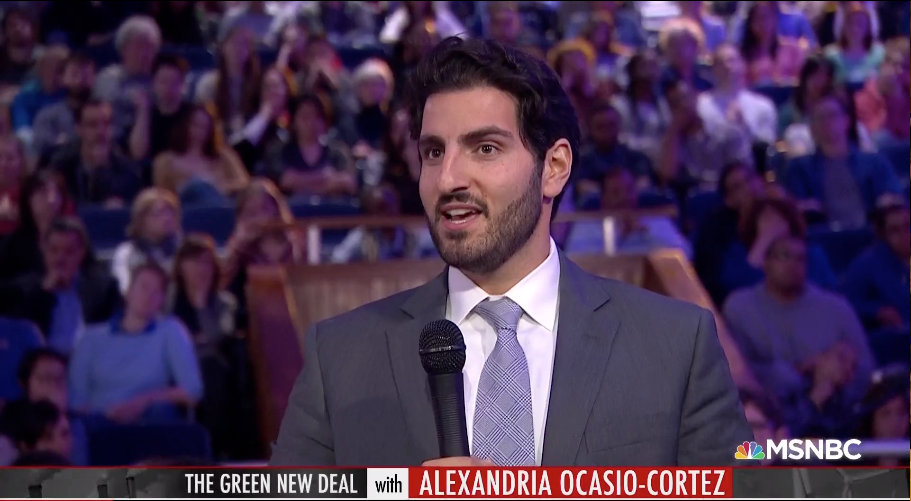 Professor of Economics Mark Paul made an appearance on MSNBC to ask Rep. Alexandria Ocasio-Cortez a question about the Green New Deal.

“Initially, I was invited to be on the MSNBC show,” Paul said. “Unfortunately they changed formats and I ended up being asked to ask Ocasio-Cortez a question about the Green New Deal.”

Paul simultaneously teaches economics courses at New College and works as a Fellow at the Roosevelt Institute, an economic policy think tank based in Washington, D.C. and New York. His work focuses on the strategic economic planning of transitioning the economy from a fossil fuel-based economy to a net carbon neutral economy in an equitable fashion.

“I asked her a question about lessons learned about the original New Deal,” Paul said. “If we want to have an equitable transition moving away from a fossil fuel-based economy I think we need to think carefully about what the lesson learned from the original New Deal was and how we can ensure we build a more equitable economy moving forward.”

Paul was particularly drawn to work with the Green New Deal because it addresses what he feels to be the two largest crises that Americans face today: climate change and inequality.

“What I love about the Green New Deal is that it recognizes the fact that these two crises are inextricably linked and we can’t address climate change without addressing inequality,” Paul said.