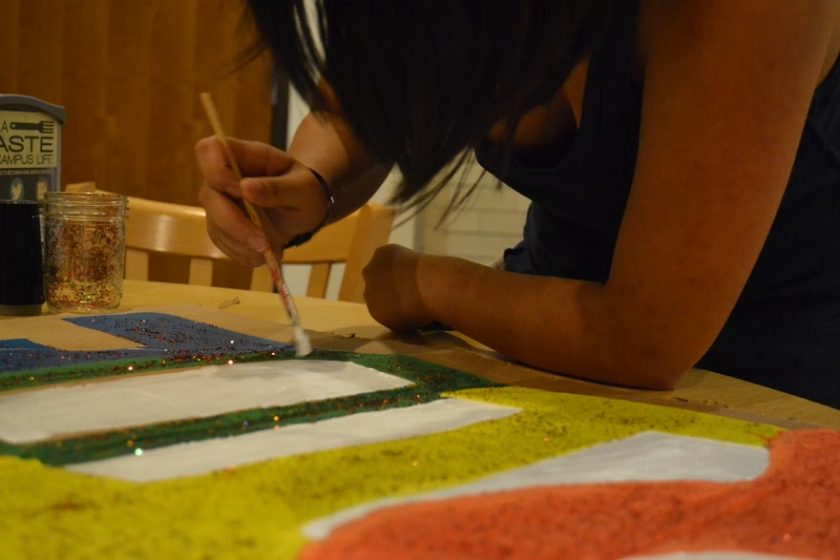 BY JASMINE RESPESS AND MAGDALENE TAYLOR

Pride Ball, featuring local drag queens Kiki Butter Mischief and Alice in Wonderland, flashing lights, lip syncing and many dancing students was a recent event put on by the long-running LGBTQ student organization, Queery. The group has experienced a new resurgence of activity this semester after a period of inactivity. In the last year, a few students have made efforts to make Queery more visible on campus.

“[Second-year] Carl [Romer] and I were like, ‘Let’s bring Queery back this year,’” second-year Lorraine Cruz said. Cruz thought this was a good idea, since the New College campus is very LGBT friendly.

“Our first semester, it was hard to get [Queery] together, because we didn’t know how New College worked,” Cruz said. Now with more experience, Cruz, Romer and others have developed a working group without a definitive president.

The group works together to create campus events, such as Pride Ball, which was organized with the help of third-year Oliver Goldsmith. They also plan private bonding events. Members of Queery attend meetings in the area, such as board meetings at the Sarasota County School District, regarding LGBTQ concerns.

“[Queery] wants to keep the conversation of LGBTQ issues alive,” Cruz said. “We can take things for granted being on a campus as open as New College.”

Queery hopes to make the group a permanent fixture, so that first-year students can join and maintain the club. They do not want it to lose steam when older students thesis and graduate, which has happened in the past.

“We have everyone communicating and everyone has equal tasks,” Cruz said.

Queery aims to be a space for LGBT- identifying people at NCF and for those in neighboring Florida high schools and colleges.

“We want to draw attention to important issues,” third-year Max Mermell said. “But we don’t want the club to be boring for anyone.”

“We decided that we really wanted to make it big because New College hasn’t really had a pride celebration in a while,” Goldsmith said. “It used to be an annual big wall, and last year it didn’t happen.

“Sara had the realization that she had never had a weekend or day where she was surrounded by all gay people who love being gay,” he added. Goldsmith and Gregory then determined that much of New College probably hadn’t had that experience either. This led the duo to team up with Queery to make the event as big and proud as possible.

What resulted was a night of celebration in a heavily decorated Palm Court.

Goldsmith recalls that there was a Pride Ball on campus his first semester where students performed drag shows, but it was not as large of an event as it had been rumored to be in the past.

“It was like a mini-PCP,” he said. “We wanted to revive that.

“There’s been so much negative energy on campus recently, so much tension… We just wanted to put on a party that would be entirely positive and super fun,” Goldsmith said. Pride Ball was designed to create a space where people could “leave that shit behind, just enjoy the night and have a great time dancing.”

Goldsmith is planning on proposing a COUP theme that embraces similar ideas. He wants that to include performances by Kiki Butter Mischief and Alice in Wonderland.

Queery and Goldsmith wish to continue pride actions on campus well into the next year.

“We hope that someone picks it up next year, and who knows, maybe we’ll do it again,” Goldsmith said. “[Pride] is such a fun part of queer culture and there’s a huge queer community at New College, it would be awesome to really make it something really positive.

“There’s so many things that we could be proud of if we chose to… it’s mostly about queer pride but it’s also about academic pride, social pride, community pride,” Goldsmith said. “There’s definitely a reason to come together as a community to celebrate good positive energy.”