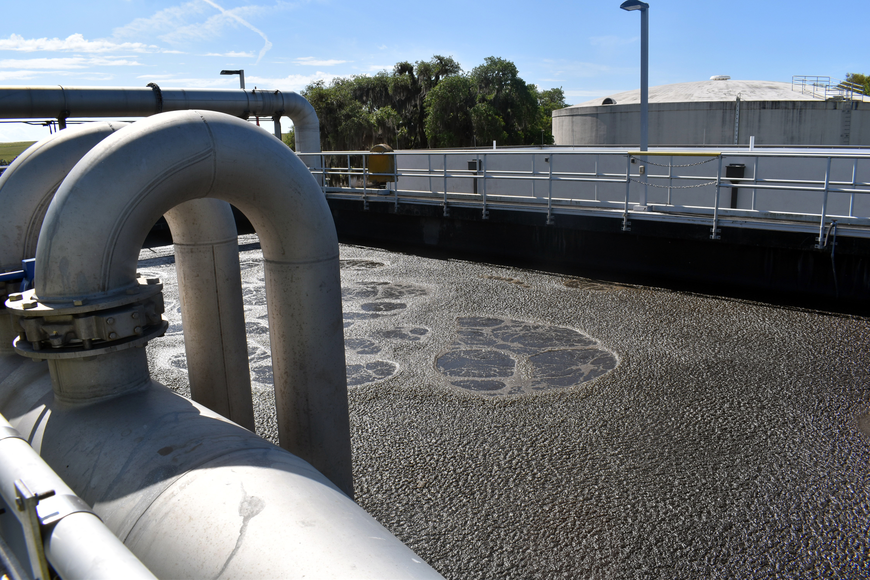 Sarasota County has begun upgrading the Bee Ridge Water Reclamation Facility, which is the County’s largest wastewater facility which has been blamed for spilling hundreds of millions of gallons of polluted water and potentially contributing to water quality issues in the area for years. The facility, located east of I-75, currently processes 12 million gallons of wastewater daily and will be transformed into an 18-million-gallon advanced treatment facility. The project is estimated to cost $157 million and is expected to be completed in December 2025.

The planned upgrades came in response to persistent pollution problems that prompted environmental groups to sue the county in an alleged violation of the Clean Water Act for dumping more than 800 million gallons of treated wastewater since 2013. These spills occurred despite officials’ awareness that there was a need to increase storage capacity at the Bee Ridge Reclamation Facility.

Pressure to upgrade the facility was also driven by a September 2019 consent order imposed by the Florida Department of Environmental Protection, which is an agreement between the state of Florida and Sarasota County that identifies performance improvements to the wastewater system intended to mitigate conditions and restore compliance with all federal and state regulations. Noncompliance with the order could result in steep fines for the county.

The upgrades would significantly reduce nitrogen and phosphorus in treated water—two key pollutants that can fuel harmful algae growth in waterways.

According to a 2014 “State of the Bay” Environmental Protection Agency (EPA) document detailing the status of Sarasota Bay, nitrogen is the principal pollutant of concern in Sarasota Bay. Sarasota Bay is a nitrogen-limited system with algal growth in the water column controlled by nitrogen availability. The Sarasota Bay Estuary Project (SBEP) also recognized wastewater, stormwater, and atmospheric deposition as the primary sources of nitrogen in the bay.

Environmental activists and other critics have requested upgrades to water treatment facilities in Sarasota for years in the wake of declining water quality throughout the county and the state of Florida more broadly due to the excess nutrient, among other environmental contaminants.

Too much nitrogen in a given ecosystem causes an overabundance of algae, which blocks sunlight from reaching important seagrass habitats. This can have a cascading effect on the ecosystem as a whole, leading to reduced water clarity, elevated nutrients, algal blooms, and damage to fish, lobster and sponge populations. Declining water quality can have devastating ecological and economic effects on an area, as was made evident by the intensity of the 2018 severe red tide and blue-green algae blooms, which spanned the South Florida coasts and the areas surrounding Lake Okeechobee, respectively. According to surveys from Bay, Broward, Charlotte, Collier, Hillsborough, Indian River, Lee, Manatee, Miami-Dade, Pasco, Pinellas and Sarasota counties, the total economic damage of the red tide algal bloom across these 12 counties was approximately $130.6 million.

Rolled into the Bee Ridge facility’s upgrades are several other improvements, including drilling two aquifer recharge wells that will replace groundwater being consumed and aid in reducing saltwater intrusion into the aquifer.

The wells are one of the short-term improvements that will also increase storage capacity for fully treated reclaimed water during the rainy season to prevent it from spilling out from reclamation ponds at the site, a statement from Sarasota Public Utilities said. Construction of these wells, which will also provide alternative use options for recharged water, began in January 2020 and is estimated to be completed by 2023.

According to a March 2020 “Herald Tribune article,” the recharge systems being implemented at the Bee Ridge facility will “inject treated wastewater, or “reclaimed water”—with enough sewage filtered out to spray on lawns but not to drink—“1,700 feet into the ground.”

“‘The reclaimed water is filtered naturally over time,’ officials said” the “Tribune” continued.

However, Director of Public Utilities for Sarasota County Mike Mylett has stated “the water that will be injected into the aquifer recharge wells currently under construction at the Bee Ridge facility will meet primary and secondary drinking water standards per requirements of the regulatory agencies.”

Primary drinking water standards, or National Primary Drinking Water Regulations (NPDWRs) are legally enforceable standards that apply to public water systems in order to limit the level of contaminants in drinking water. The “regulatory agencies” that Mylett mentioned primarily refer to the EPA, which has mandated in numerous documents that water injected into aquifer recharge and ASR (aquifer storage and recovery) wells must be treated to meet the standard of these federal regulations.

Such a wide swath of improvements comes with significant costs. The project has already increased wastewater fees for customers in the county, where wastewater fees of five percent annually for five years, plus a monthly “water quality fee” of $1 per dwelling unit are paying the cost. For a household paying over $45 a month, that represents a 30 percent increase, to $58.50 in 2024.

“I know that $157 million sounds like an astronomical amount of money,” Mylett said, “But it treats a lot of water and removes a lot of nitrogen from the system.”

This is the first utility rate increase for customers in Sarasota County since 2009.